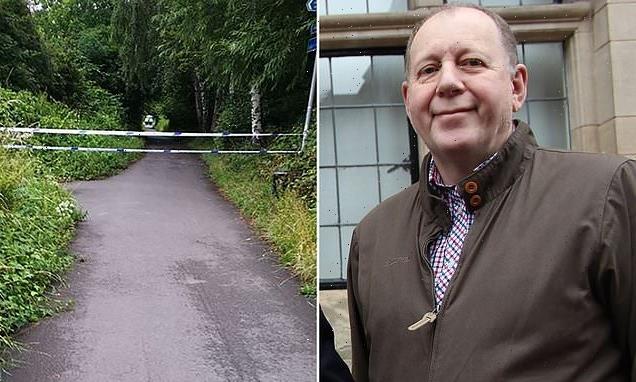 Staffordshire council is fined £300,000 after dog walker, 58, was killed by a falling oak tree on footpath – after 20 complaints from locals about dangerous trees along the route

A council has been fined £300,000 over the death of a popular market trader who was killed by a falling tree while walking his dog.

Neville Scattergood, 58, suffered a fatal cardiac arrest after being hit by the falling bough of an oak tree while on the Isabel Trail in Stafford in October 2019.

A court heard the tree should have been inspected under Staffordshire County Council’s own safety measures.

But an ‘administrative mistake’ meant it was left off the authority’s inspection list for more than a decade.

This meant damage to the oak was not spotted by inspectors, despite at least 20 complaints from locals about dangerous trees along the route, the court heard.

The court also heard that, had the damage to the tree been spotted, a simple pruning would have prevented it from falling.

Now the council has accepted safety failings in relation to Mr Scattergood’s death and has been fined £300,000.

Council leader Alan White offered an ‘unreserved apology’ to the family of Mr Scattergood – to whom he had once presented an award for his services to the community. 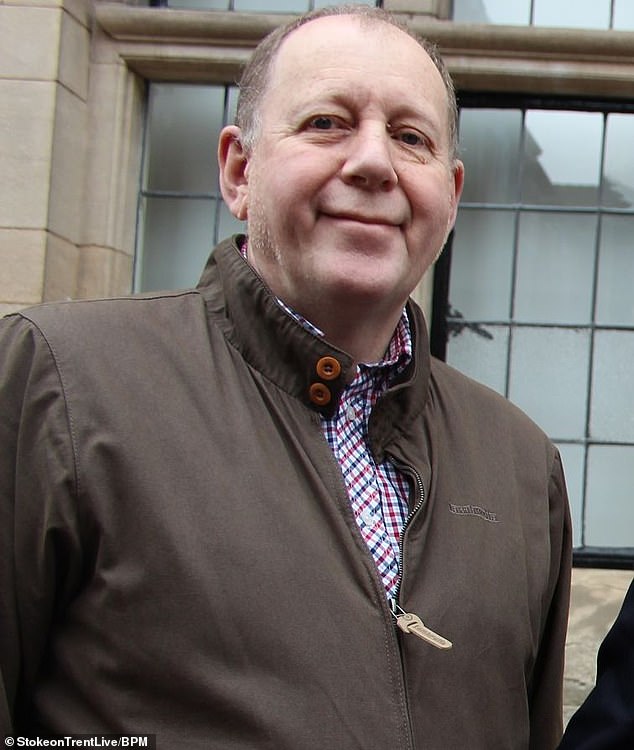 Neville Scattergood, 58, suffered a fatal cardiac arrest after being hit by the falling bough of an oak tree while on the Isabel Trail in Stafford in October 2019

North Staffordshire Justice Centre heard how Mr Scattergood was out walking his dog at on the Isabel Trail in Stafford on October 3, 2019 when he was struck by a falling oak bough.

Mr Scattergood, a carer who previously ran his own leather goods stall at a local market, suffered a fatal cardiac arrest and died during the incident.

The court heard that while the authority had systems in place for ensuring the safety of trees on public highways, the oak in question had been left off the inspection list due to an ‘administrative mistake’.

This meant that no proactive inspection had taken place for at least a decade prior to the fatal accident.

Chris Hopkins, who prosecuted the case for the Health and Safety Executive, told the court that this meant previous damage to the tree, which made it more likely to fall, had gone undetected.

If this problem had been detected, simply pruning the tree could have removed the risk of it falling, he said.

The council had received around two complaints a year relating to trees on the Isabel Trail, which had been responded to on an individual basis.

David Lewis, representing the county council, stressed that the authority had not intentionally ignored certain trees in order to save money or any other reason.

He said: ‘This council has systems in place for maintaining trees. More than 99 per cent of its trees were covered by these systems.

‘Due to an administrative error less than one per cent of the trees were not inspected.’

But District Judge Kevin Grego pointed out that the council had no mechanism in place for uncovering this error, despite the fact that members of the public had previously raised concerns about trees on the Isabel Trail.

Judge Grego said: ‘There were approximately 20 reports from the public between 2009 and 2019 relating to trees on the Isabel Trail.

‘Some were complaints about maintenance, and some were about trees that had fallen.

‘The authority responded to these reports, but they did not trigger a more general look at the trees on the Isabel Trail.’

The council had admitted that it had failed to discharge a general health and safety duty to a person other than employee, an offence under the Health and Safety at Work Act.

Speaking after the hearing, council leader Alan White said: ‘On behalf of Staffordshire County Council I would like to offer my sincere condolences to the family and friends of Mr Scattergood and apologise unreservedly for the authority’s shortcomings in this case. 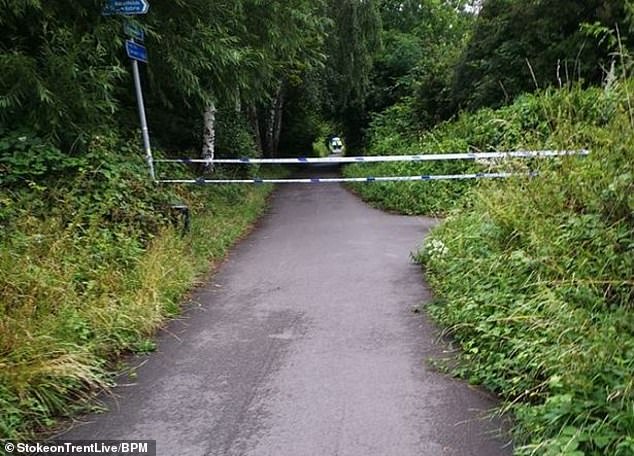 North Staffordshire Justice Centre heard how Mr Scattergood was out walking his dog at on the Isabel Trail (pictured) in Stafford on October 3, 2019 when he was struck by a falling oak bough

‘Although it can be no consolation to those affected, the council has fully acknowledged its responsibility and has met its obligations to Mr Scattergood’s family at the earliest opportunity.

‘I once presented Mr Scattergood an award for his work helping others and the death in this way of someone you have met is a stark reminder of the responsibilities we carry as a council.

‘Following this terrible incident, we have reviewed our system of checks and maintenance planning and done all we can to improve it.’

A former market trader who had his own leather goods stall at St John’s Market Hall, Stafford, he had once been presented with an award by councillor White for his service to the community.

A victim impact statement from Neville’s father-in-law David Jenkinson that his loss would be felt by the family for the remainder of their lives.

At an inquest held in June this year into his death, South Staffordshire Coroner Andrew Haigh recorded a verdict of accidental death.