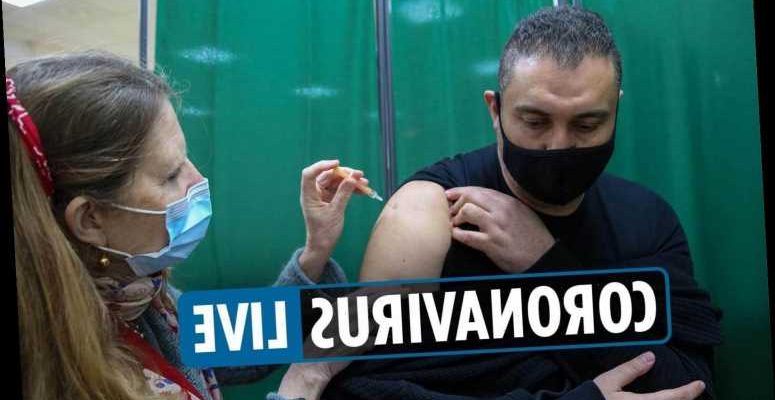 BORIS Johnson is to ramp up vaccine production in the UK amid fears a fourth wave of Covid could hit.

The PM has ordered a massive push in action to increase output to make the country less reliant on imported doses.

The move comes asconcerns grow of further chaos caused by meddling EU chiefs or breakdowns at other overseas sites.

More than half of the UK’s adult population has now received a first dose of the Covid vaccine.

It means the midway point to jabbing the entire nation by the end of July was passed in the last 24 hours – with 26.8 vaccines now hands out.

But the PM wants to keep pushing the rollout and up production to prevent vaccine wars from disrupting supplies.

It comes as Professor Andrew Hayward says “another wave” of coronavirus cases is possible in the UK – but its consequences would be less due to high levels of vaccination.

Appearing on Times Radio he was asked if a “fourth wave” of infections could be possible if “mistakes” are made during the easing of lockdown measures.

Prof Hayward, of University College London (UCL), said: “I think another wave is possible, likely even.

“I guess the difference is that another wave will cause substantially fewer deaths and hospitalisations because of high levels of vaccination across the sorts of people who would have ended up in hospital or unfortunately dying if they haven’t been vaccinated.

“So the consequences of another wave are less. I think the challenge is of course we don’t know exactly how much less."