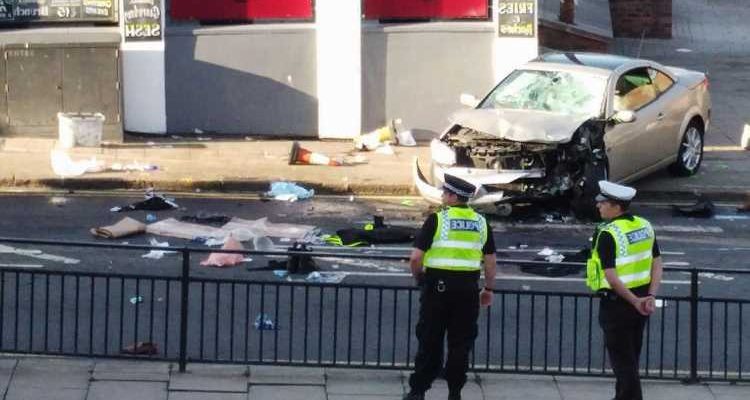 A COP and two pedestrians have been seriously injured after a car ploughed into a parked police van.

A 24-year-old woman was arrested on suspicion of causing serious injury by dangerous driving after Sunday's crash in West Yorkshire. 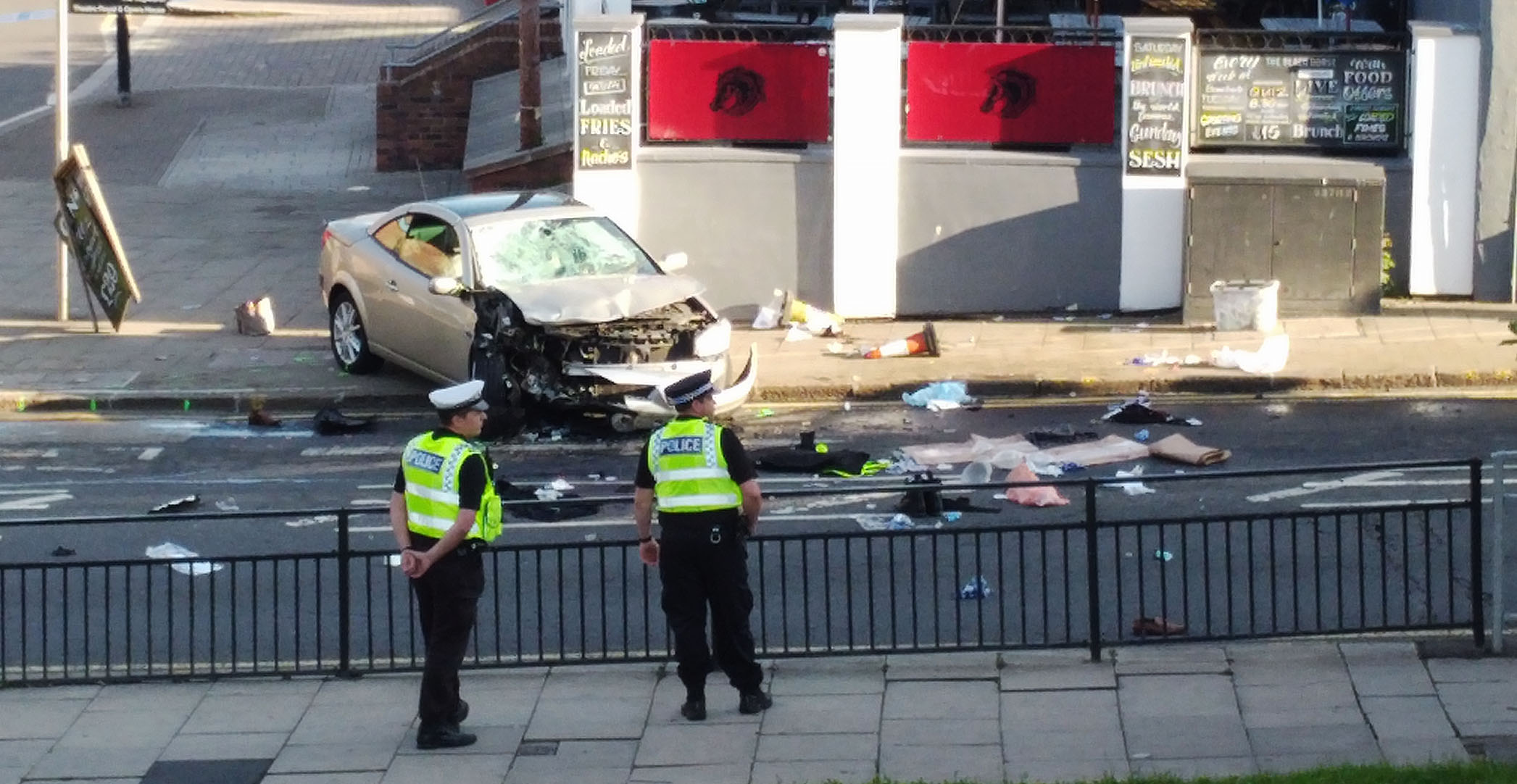 The West Yorkshire Police said that the July 11 smash occurred at 1.24am on Westgate, Westfield.

A Renault Megane allegedly crashed into a stationary police van, they added.

All three pedestrians were taken to hospital in a serious condition.

It's not known what injuries they sustained in the crash.

But the force said the seriously injured serving male police officer was on duty at the time.

Photos of the scene show the smashed car coming to a rest on the footpath outside the Black Horse pub in the city centre.

She was arrested on suspicion of causing serious injury by dangerous driving, and failing to provide a breath specimen, the force said.

Because a police vehicle was involved in the collision, it has been referred to the Independent Office for Police Conduct.

Traffic was diverted after the temporary closure of Westgate from Mulberry Way to Ings Road for the investigation.

Any witnesses with information are asked to call the force on 101. 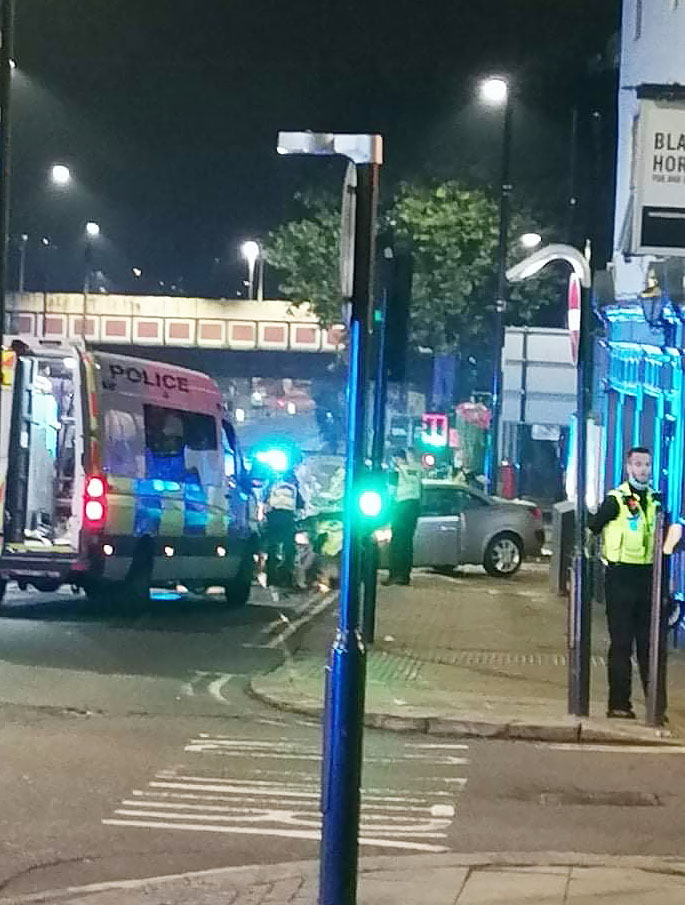