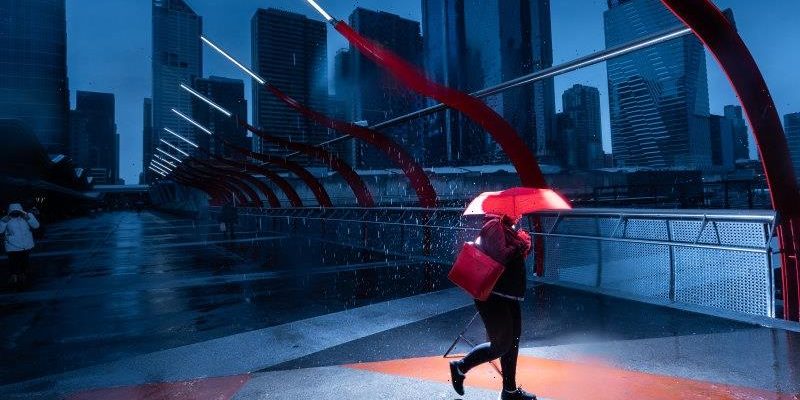 The return of Melbourne’s office workers stalled in June when cold weather drove up the number of people with cold, flu and COVID-19.

New Property Council data provided to The Age shows Melbourne’s offices remained the most empty of any state capital last month, even before a forecast peak in cases over the next month that would likely lead to more people working from home. 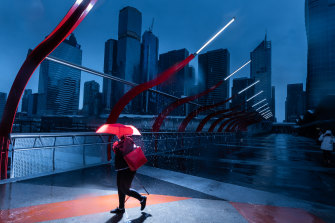 Melbourne had a particularly cold start to winter.Credit:Jason South

Office workers, whose purchasing supports thousands of businesses around city centres, have been steadily coming back in recent months, with occupancy rates rising from 36 per cent to 48 per cent between April and May. However, this trend stalled in June when a rate of 49 per cent was recorded.

Property Council Victorian executive director Danni Hunter said in a statement that “contrary to what some people say, the office is not dead. It’s just tucked up in bed with chicken soup.”

“Melbourne’s CBD has enjoyed a steady recovery in office occupancy rates since the beginning of the year. However, the winter season has caught up with us and brought a pause to the number of workers willing or able to head into the office.”

“As happens every year, Melbourne will bloom in spring and the idyllic weather and many events that grace our calendar at that time of year will draw people out from under the doona and back into our city.”

By comparison, Sydney’s June office occupancy rate was 55 per cent and Brisbane’s was 64 per cent.

The Andrews government on Tuesday strongly recommended people wear masks indoors. It opted against mandating face coverings, despite advice from health officials. Business groups, including the Victorian Chamber of Commerce and Industry and the Australian Industry Group, both urged Health Minister Mary-Anne Thomas not to adopt a strict mandate, and she cited commercial interests and likely non-compliance when announcing her decision.

Victorian Chamber of Commerce and Industry chief executive Paul Guerra said recommending rather than mandating meant businesses felt like they were “part of the solution”.

Economic activity emanating from the CBD made up about one-fifth of Victoria’s economic output, according to the City of Melbourne. And while office workers were key to the city’s financial health, workers staying at home conversely had the effect of stimulating suburban economic hubs where they live.

The monthly Property Council survey highlights office workers’ attachment to working from home on Monday or Friday, or both. Offices are about 60 per cent full between Tuesday and Thursday. This drops to 31 per cent on the days that bookend the working week.

Almost two-thirds of people surveyed said the main reason they were not attending work was because they simply preferred spending some days at home. Less than 20 per cent of people asked said they wanted to avoid coming into work because of health and safety concerns. Fewer than 10 per cent said they felt it would be better not to catch public transport.

The popularity of remote work meant it was almost inconceivable that offices fill up to 100 per cent capacity, but the looming COVID-19 wave had dampened expectations that occupancy levels would return to anything near pre-pandemic levels.

About 80 per cent of respondents said they believed it would take longer than three months for occupancy rates to improve. In May, this was closer to 60 per cent.

Illustrating the move to remote work, WorkSafe on Wednesday allowed its own workforce to spend more time working from home if they choose to. Employees who go into the workplace safety regulator’s office must wear a mask, a spokeswoman for the organisation said.