The police officer leading the search for missing four-year-old Cleo Smith says her suspected abduction from a remote West Australian campsite is more than likely an opportunistic incident rather than a planned event.

Superintendent Rod Wilde, who is in charge of the 100-officer strong Taskforce RODIA spoke about his theory as the investigation entered day 18. 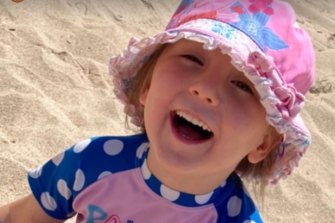 Cleo Smith has been missing for 18 days. Credit:Instagram

“I think it’s more than likely an opportunistic-type event,” he told 6PR.

“So we know they [Cleo’s family] got there that night … it was getting dark. 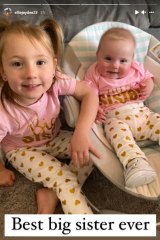 “So that would have been limited opportunity for people to observe Cleo at that time. We’ve stated that Cleo woke up at 1.30am was given a drink by her mum, and then at 6.30am, or shortly after six, she was gone.”

Cleo’s family – which includes her mum Ellie Smith, step-father Jake Gliddon, and baby sister Isla – arrived at the Quobba Blowholes camp some 70 kilometres north of Carnarvon on October 15 at about 6pm.

CCTV from a nearby shack to where the family pitched their tent and video footage from the parents’ phone, which has been geolocated by police to confirm it was taken at the camp, has confirmed Cleo was at the site.

Superintendent Wilde said there was no evidence to suggest the parents had any involvement in Cleo’s disappearance.

The family was not with any other people they knew on the Friday night and went to bed early.

Superintendent Wilde said police were trying to resolve and understand how Cleo could have been taken from the family’s tent without anyone realising until the morning.

“We’re doing a lot of work forensically, we have done and we continue to do that. So we’re looking for answers there,” he said.

“We’ve spoken to, again, like I say, everyone around the vicinity, but there’s nothing … that’s come out of that so far.”

More than 110 people who were around the camp site when Cleo was taken have been spoken to by police.

Superintendent Wilde said police believed they had managed to identify and speak to all the campers who were staying closest to the family’s tent.

“We still believe there may be a couple more that haven’t come forward for various reasons that may have been camping further away,” he said.

“We still have got a lot of work to do. We’ve had over 1000 calls to Crimestoppers from the public, which has been fantastic, that support, and we ask that anyone with the information, if they haven’t called through please to do that for us.

“The team’s really busy, so we still have a long way to go. There’s a lot of work in front of us, but we’re making progress.”