CHINA has taken the lead in a global arms race as the world's super powers strive for new technologies to give mankind "unlimited energy".

Experts have said China has made a string of "immense" breakthroughs involving its fusion reactor dubbed the "artificial sun" – that can burn at temperatures of up to 120million degrees. 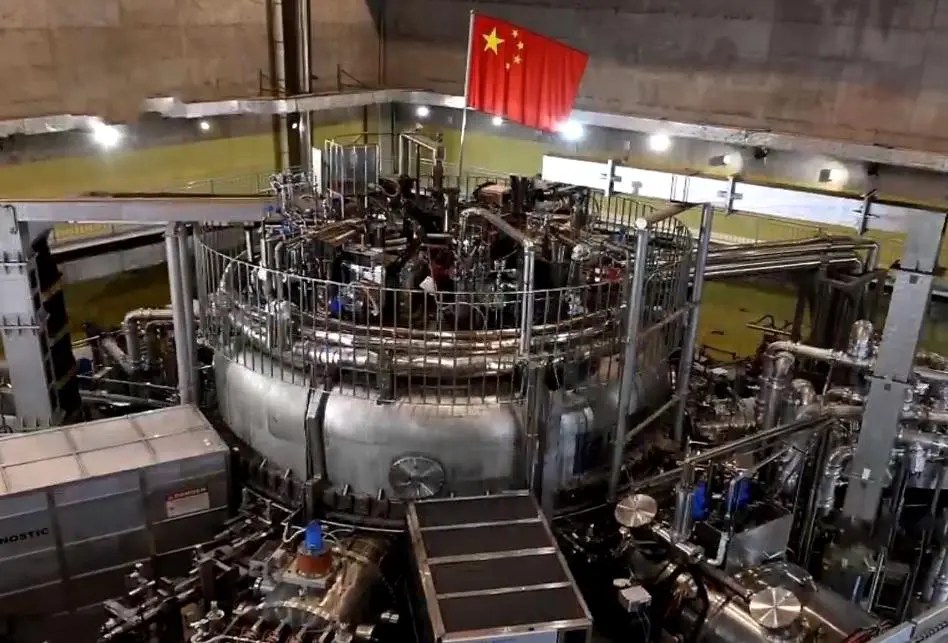 It leaves other nations, such as the US and UK, researching the technology in the dust as the Communist Party state seeks to cement its place at the top of the table.

Nuclear fusion's ability to produce limitless amounts of safe energy has made it the holy grail of scientists in the field.

Scientists aim to replicate the processes which provide Earth with heat and light as they burn away deep in core of the Sun.

And it differs significantly from conventional nuclear power, called fission, which has been our only way of getting electricity from atoms since the 1950s.

The last six months have seen breakthroughs that have led many believe it’s a case of “when” and not “if' with all eyes on who can get the technology across the line in the race.

China recently announced that is has fired up its sun reactor – and new experiments saw it burn at extraordinary temperatures for its longest period ever, 20 minutes. 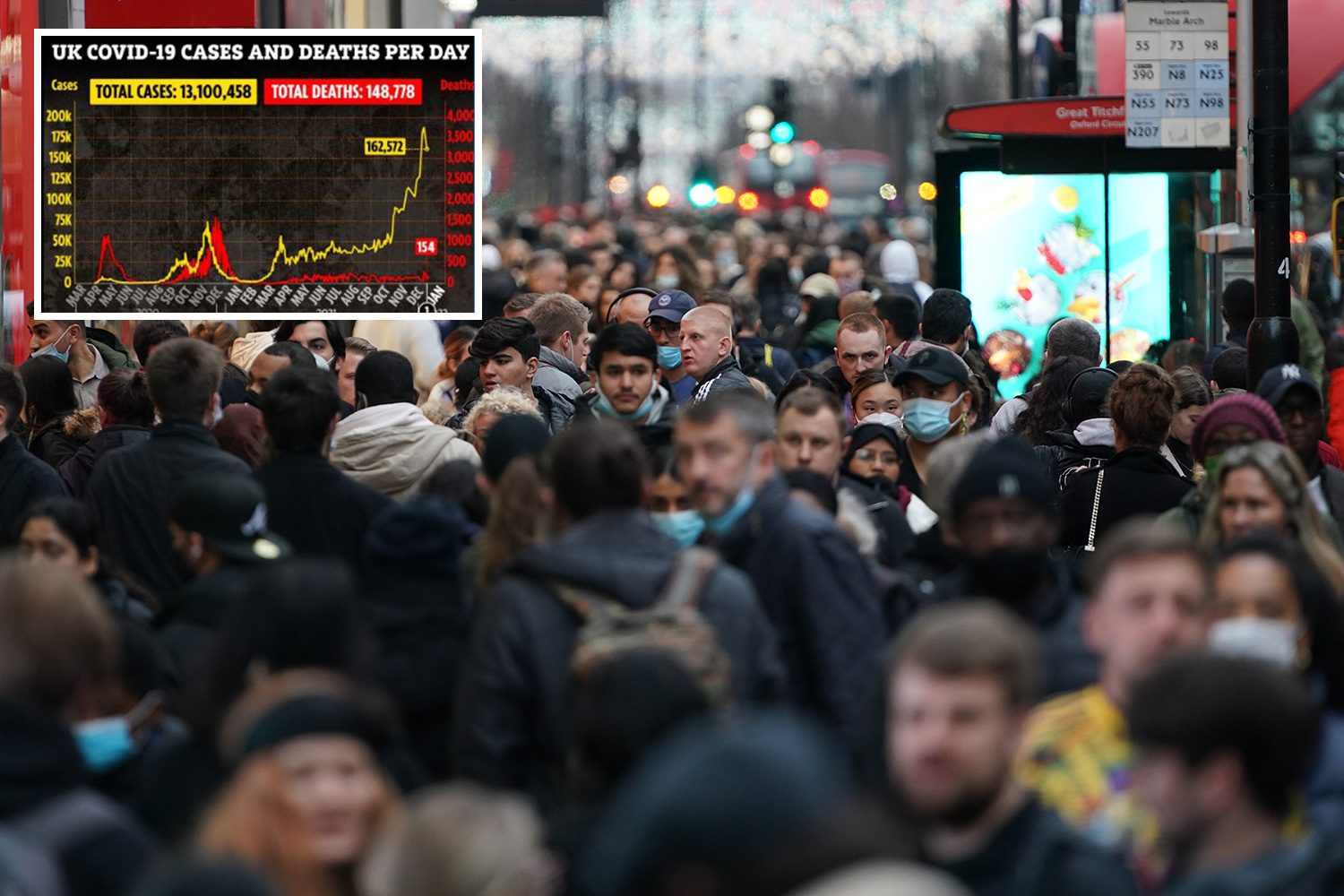 Highest ever Covid cases in England as 162,572 people test positive and 154 die

But the speed and success of the Chinese project has already seen fears raised fears about its potential dominance of the field of nuclear fusion.

Analysts Thomas Corbett and Peter Singer say that China has massive ambition in the field and the latest, record breaking advances have been hugely significant.

“The implications of this research, and this latest breakthrough by their indigenously designed and built device are immense,” they write in Defense One.

Our star's core burns it only 27million degrees – meaning China's sun is some seven times hotter than the real celestial giant.

The countries that can develop and wield this technology have the potential to see massive windfalls in terms of reliable and renewable energy, and the reduced vulnerability that comes with it."

Ground breaking tests being run on the Experiential Advanced Superconducting Tokamak (EAST) reactor are trying to get a higher temperature and longer duration.

The incentives for China to keep increasing its investment, which has already reached £700 million, are huge, they argue.

The country's daily oil consumption is around 14.3 million barrels a day and that could come under threat in the time of war.

But should they have the "artificial sun" working – supply chains are no longer a worry for Beijing.

They also point out China’s electricity grid is creaking under the strain of its quest for breakneck economic growth meaning “independence is thus a top priority for decision-makers in Beijing”.

Nuclear Fusion – what is it?

Here’s what you need to know…

And cracking nuclear fusion could even spill over into the military domain in its race with the United States and other western powers.

“Further, the development of viable fusion reactors will have many added advantages yet unforeseen in the military and civilian economy, much the same way that nuclear fission power did.”

This is an alternative approach that initiates fusion reactions by compressing fuel with high-power lasers.

Currently under construction in Shanghai is the Station of Extreme Light, a facility for experiments with a 100-petawatt laser.

The main focus of the world's attempts to crack nuclear fusion is the International Thermonuclear Experimental Reactor (ITER), a tokamak the size of 60 football fields in France.

It is meant to be a collaboration between the European Union, US, UK, China, Russia, Japan, India, and South Korea.

But it has been criticised for being a grandiose waste of money bedevilled by bureaucracy.

Instead, individual countries and now even private companies have taken it into their own hands to win the race.

But China may not have things all its own way and around the world other projects are also working furiously to crack nuclear fusion.

The tests in China come as the same time as those conducted at in the US at the National Ignition Facility, which uses a powerful laser to heat and compress hydrogen fuel, initiating fusion.

In August an experiment conducted there suggests the goal of "ignition", where the energy released by fusion exceeds that delivered by the laser, is now within touching distance, the BBC reported.

“This is a huge advance for fusion and for the entire fusion community," said Debbie Callahan, a physicist at the Lawrence Livermore National Laboratory, which hosts the NIF.

The third major breakthrough in the arms race also occurred in the US, the Financial Times. 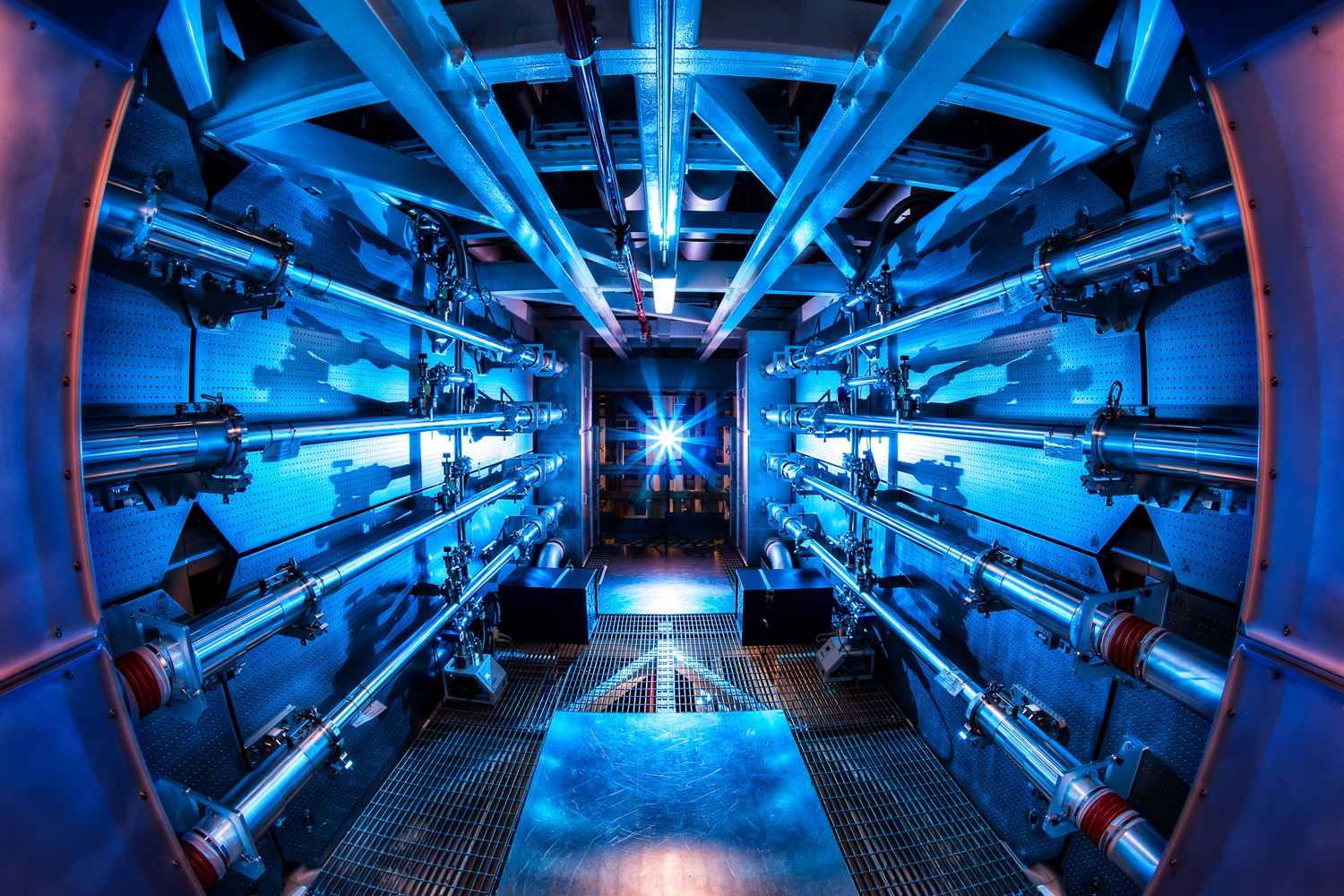 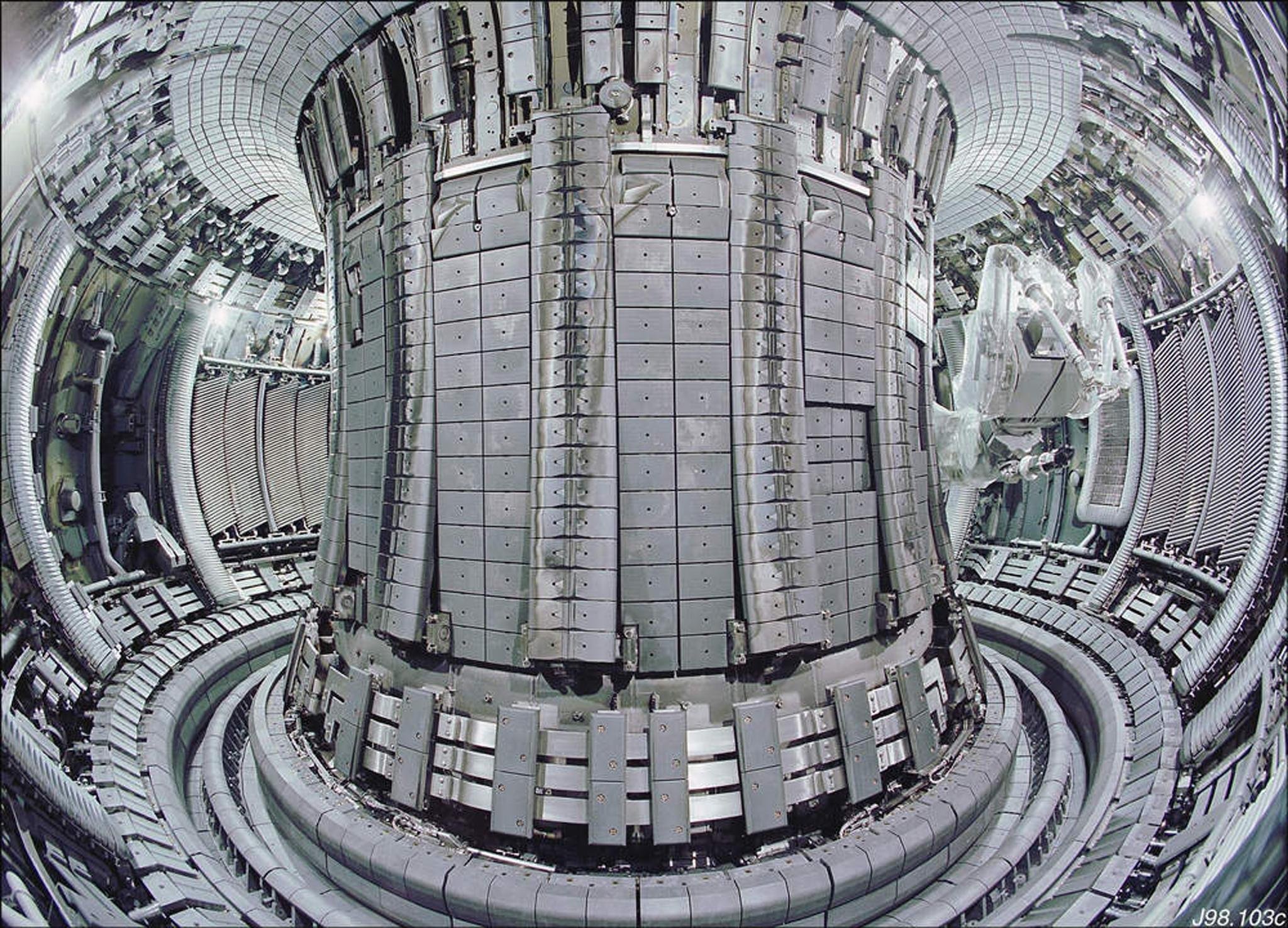 A Boston-based start-up demonstrated the use of a high-temperature superconductor to generate a much stronger magnetic field than a traditional tokamak.

Commonwealth Fusion Systems believes the discovery will enable it to make a more efficient fusion machine that will be more viable.

Meanwhile in the UK, five sites have been earmarked for the first prototype fusion energy plant.

Plans for the Spherical Tokamak for Energy Production (Step) and a final decision on its location expected at the end of 2022.

The government has spent £222m on the Step programme so far and invested a further £184m at new fusion facilities at Culham Science Centre near Oxford and at Rotherham.

South Korea too also conducting impressive research in a bid to win the race.

But not all scientists are convinced nuclear fusion can be as safe and clean asclaimed.

Physicist Daniel Jassaby, who worked at the Princeton Plasma lab, said a fusion reactor would be "far from perfect and in some ways close to the opposite".

Writing in the Bulletin of Atomic Scientists he said the process of nuclear fusionhas the potential to produce radiation damage and radioactive waste – contrary to the claims about it being clean and safe.

Dr Jassaby argues that nuclear fusion could lead to the "production of large masses of radioactive waste and serious radiation damage to reactor components".

He also says the "parasitic drain" of power needed to fuel fusion reactors renders means that they could "consume a good chunk of the very power that they produce".

Fusion reactors will need to be supplied with fuel made from fission reactors which he said implies a "perpetual dependence" on them.

And there is the potential for nuclear weapons proliferation through the "opebn of clandestine" production of plutonium 239.

But putting these concerns aside, nevertheless the effect of mastering nuclear fusion our life could be staggering.

A glass of the fuel created by the process has the energy potential of 1m gallons of oil and could generate 9million kilowatt hours of electricity – enough to power a home for more than 800 years.

Corbett and Singer are clear about what is at stake in this race.

“The countries that can develop and wield this technology have the potential to see massive windfalls in terms of reliable and renewable energy, and the reduced vulnerability that comes with it." 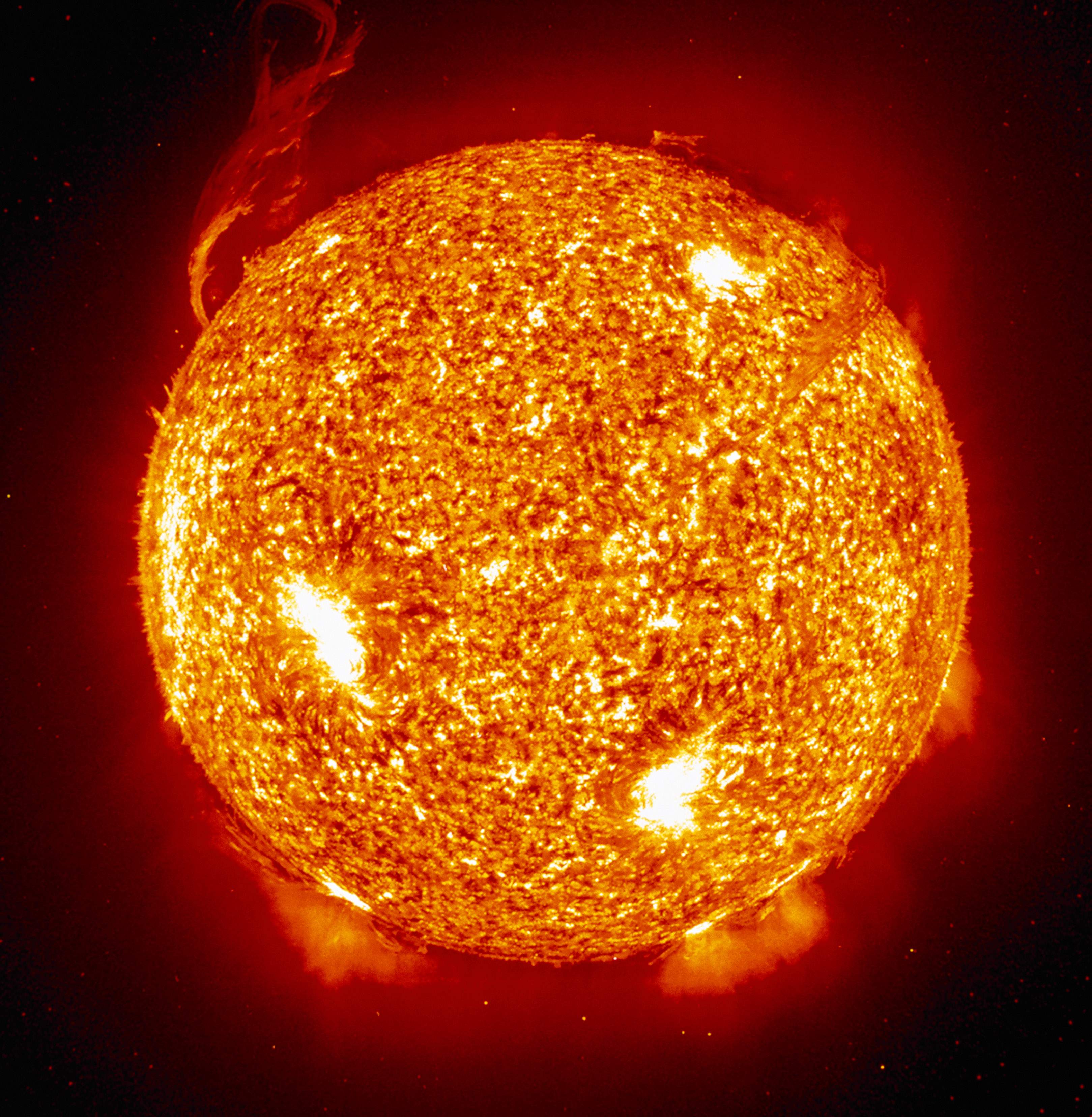