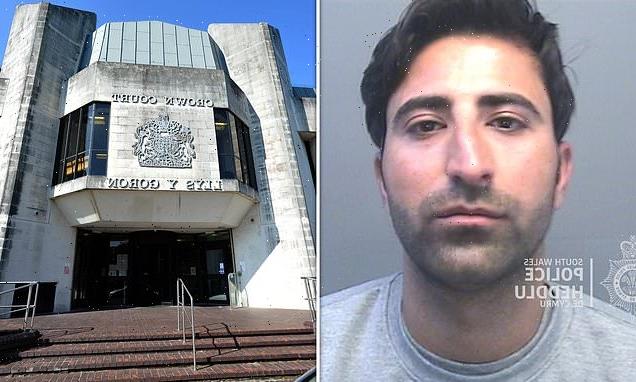 CCTV operator stopped Iraqi asylum seeker raping a woman by shouting over loudspeaker ‘Get off her, she’s drunk, I’m calling the police’ as he watched sex attack unfold, court hears

A CCTV operator stopped a horrific date rape after seeing it on CCTV and shouting over a Tannoy: ‘Get off her, she’s drunk.’

Iraqi asylum seeker Turkey Al-Turkey, 26, got the woman unconscious before dragging her off a park bench to rape her on a lawn.

Security guard Richard Arnold noticed she was ‘completely motionless’ and went on the Tannoy to warn Al-Turkey he had called 999.

Police believe Al-Turkey used a date rape drug on the university graduate who has no memory of the attack in Swansea, South Wales.

Al-Turkey was jailed for eight years and eight months after admitting rape. He will be deported when he is released from jail. 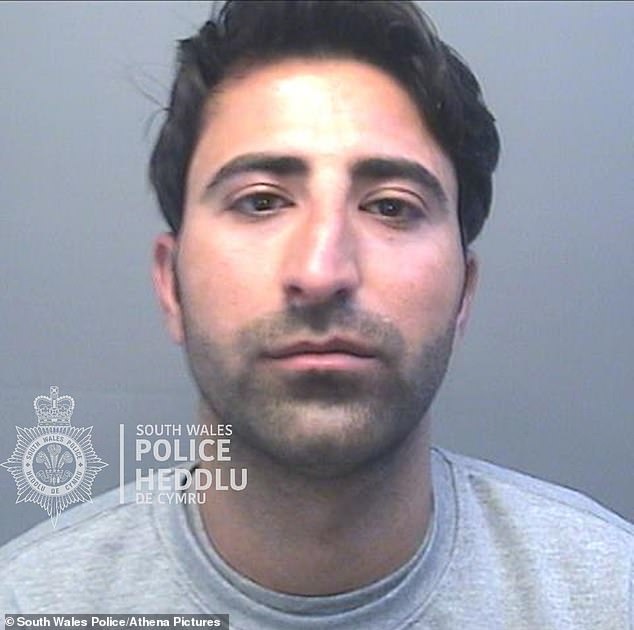 Iraqi asylum seeker Turkey Al-Turkey (pictured), 26, got the woman unconscious before dragging her off a park bench to rape her on a lawn

The woman, 24, said Al-Turkey had ‘violated her body and soul’ on the night of their first date in July 2021.

The pair bought two bottles of spirits, although the woman was a non-drinker, and walked to the seafront promenade.

Prosecutor Carina Hughes said: ‘Security guard Richard Arnold could see them on CCTV and noticed the woman’s head was floppy and she was unable to stand.

‘The man picked her up from the bench took her 20 steps onto the grass where he raped her.

‘Mr Arnold shouted over the Tannoy system: ”Get off her, she’s drunk, I’ve phoned the police”.

‘Upon hearing that, the defendant immediately got up and looked around before pulling up his and her trousers and going back to the bench.’

Police found the woman unconscious with her head resting on Al-Turkey’s lap. He told officers she was his girlfriend and she had fallen asleep.

Miss Hughes told the court: ‘Police and the prosecution believe a date rape drug was used – her level of unconsciousness was over and above what would be expected with alcohol.’

The victim only became aware she had been raped after she was interviewed by police the next day. She refused to view the CCTV for fear of getting flashbacks.

In a victim impact statement she said: ‘I was left shocked and could not believe what happened – I have no recollection of the incident.

‘The joy of life has left me. What happened to me cannot be erased and will remain with me for the rest of my life. It will be a kind of stigma. He has violated my body and my soul.’ 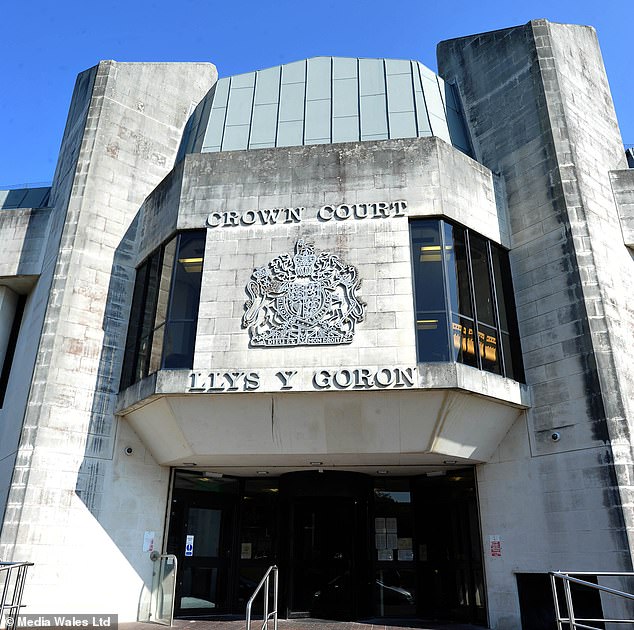 Education worker Al-Turkey, sat with his head bowed in the dock as the proceedings were translated to Arabic by an interpreter.

Swansea Crown Court heard he ‘deeply regretted his heinous crime’ and could give no explanation for his behaviour.

Judge Paul Thomas told him: ‘I have viewed the CCTV and have severe misgivings as to whether her condition was due to alcohol alone or whether you gave her a date rape drug.

‘Whatever caused her to be in that state she was not able to do anything independently, let alone consent to sex.

‘You took cruel advantage of the situation for your own sexual needs and she was wholly unaware what happened to her until the police told her.’

Al-Turkey, of Brynhyfryd, Swansea, was ordered to register as a sex offender for life.

Judge Thomas told him: ‘That is largely academic because at least you will be back in Iraq in the future.’