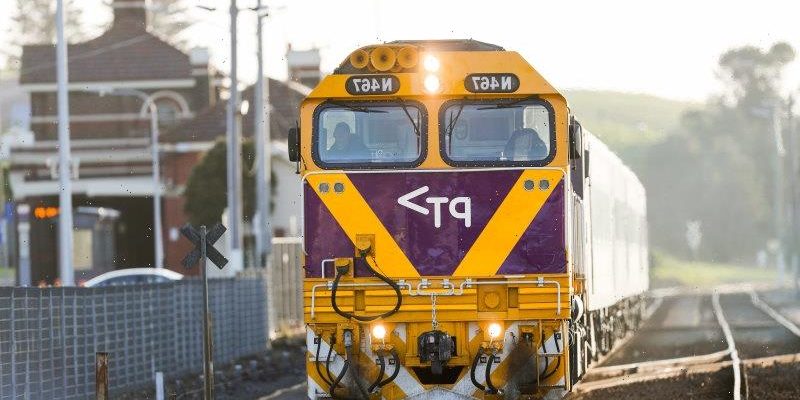 According to the Intergenerational Report released in late June, the national population is projected to increase by about 50 per cent to reach 38.8 million in 2061. Any geographical breakdown is outside the report’s scope. However, where the population growth will occur is of enormous importance as it indicates where the economic benefits, and the pressure points for services and infrastructure, are likely to be.

For instance, is it to be expected that the big capital cities will resume their relentless pursuit of growth, while many regions languish, as happened in the pre-pandemic years? And if not, what actions are needed to redress imbalances in population growth and achieve better outcomes for regional communities? 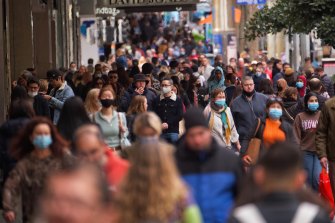 The national population is projected to increase by about 50 per cent to reach 38.8 million in 2061.Credit:Luis Ascui

Questions of this kind have prompted the Rail Futures Institute and the Town and Country Planning Association of Victoria to examine the role that intercity rail passenger services can play in revitalising Victoria’s regions, particularly regional cities. It is contended that concerted efforts to boost regional growth will help to ensure a stronger, more equitable and cohesive society, and that the time for change is now.

Before the COVID-19 pandemic, 85 per cent of Victoria’s population growth was occurring in metropolitan Melbourne, and 15 per cent in the regions. There have been adverse consequences in both cases. For Melburnians, high population growth has contributed to urban sprawl, traffic congestion and unaffordable housing. For regional Victorians, low population growth has meant limited access to specialised services, loss of skills as young people seek opportunities elsewhere, vulnerability whenever businesses decide to rationalise services, and ongoing socio-economic disadvantage in numerous communities.

The pandemic has brought some unexpected changes. Population growth has effectively halted for the next few years. Having seen Melbourne suffer months of lockdowns, people are mindful of the risks of too many eggs in one basket. There is increased interest in regional living, in view of the perceived health and lifestyle benefits. Importantly, having discovered how to work from home using digital technology, many people are attracted to the idea of working remotely, commuting less often, and possibly living farther from their place of employment.

To date, however, migration from metropolitan to regional areas appears scattered – the product of many individual decisions, without any framework to give direction or support to a surge in regional growth. Unless this migration is recognised and properly planned for, the potential benefits for individuals, and affected regional communities, will not be fully achieved. 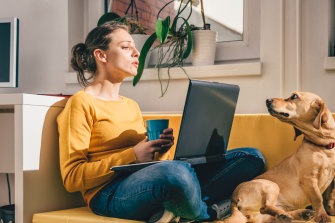 Many people are attracted to the idea of working remotely.Credit:

Population growth in the regions will require guidelines and controls to ensure positive, rather than haphazard outcomes. Planned growth in and around regional cities would be a favourable outcome, as services and infrastructure can be delivered efficiently. In contrast, dispersed settlement in peri-urban or semi-rural areas may pose a threat to agricultural land, native bushland, coastal and other sensitive areas, and create demands for services and infrastructure where provision is difficult or inefficient.

In short, careful thought and planning need to be applied to the challenge of creating a new future for Victoria’s regions. Growth projections are important when scoping the task.

Victoria’s population is currently 6.7 million (5.1 million metropolitan, and 1.6 million regional). If Victoria were to follow the national population growth trajectory, as projected in the IGR, then over the next 40 years the state’s population would grow by 3.4 million (i.e. roughly 50 per cent). As for the division between metropolitan and regional areas, what are the alternatives?

If there is no intervention, then after four to five years of instability, Victoria might revert to the pre-pandemic conditions, with Melbourne capturing 85 per cent of Victoria’s population growth (2.9 million people), and the regions 15 per cent (0.5 million). The gap between metropolitan and regional would continue to widen, and the problems identified above would worsen. 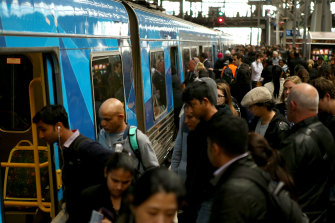 Will Victoria revert back to pre-pandemic conditions?Credit:Pat Scala

A better alternative is to use the next four to five years productively, in developing plans that will sustain regional growth and gradually increase the regional share, year by year. The Victorian government could take the lead, in consultation with regional councils, businesses and communities. Implementation would gather pace as Victoria’s growth picks up. With strong commitment, the relative sizes of the regional and metropolitan populations, (currently 24 per cent: 76 per cent) could become more like 30 per cent: 70 per cent by 2061.

The long-term vision is that of a more cohesive Victoria, with interconnected cities and regions, where the economic benefits come not from agglomeration in one mega-region, but from the inter-connection of numerous regional economies with Melbourne and with one another.

Faster and more frequent intercity rail, together with improved broadband services, are essential to this vision for a more socially and economically integrated Victoria.

Dr Tim Patton, a former director of Spatial Analysis and Research in the Victorian Public Service, is Vice-President of the Town and Country Planning Association of Victoria and an associate member of Rail Futures Institute.