A former counsel assisting NSW’s anti-corruption watchdog has joined the Victorian opposition in calling for an urgent, wide-ranging audit of Victoria’s public transport contracts in the wake of allegations of serious corruption on Melbourne’s railways.

Six months after the Independent Broad-based Anti-corruption Commission launched the first of two public hearings into the most significant corruption scandal in Victorian transport history, the Andrews government is yet to begin a review into Melbourne’s public transport operators and their multimillion-dollar taxpayer-funded deals with third parties. 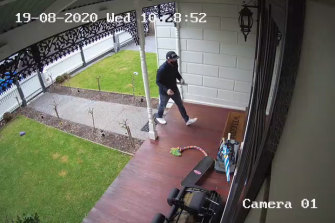 In extraordinary revelations aired in IBAC this week it was claimed that Transclean boss George Haritos and former Metro Trains manager Peter Bollas plotted to sabotage trials of a new cleaning product during COVID-19 because it would have lowered Transclean’s hours and the company’s revenue. The pair joked that they should use a “homeless f—er” to contaminate the tests.

Mr Haritos was also accused of laundering $40 million while a Transclean manager Marie Tsakopoulos orchestrated a scheme to launder thousands of dollars of cash through Transclean and a subcontractor.

Mr Bollas and former V/Line boss James Pinder were sacked after IBAC alleged they pocketed cash bribes from cleaning contractor Transclean in exchange for lucrative work, including a $320,000 alleged gift to Mr Pinder which he spent on his $2.5 million home.

Transclean was paid $1.3 million a month to clean the city’s trains during the pandemic last year but cut corners on cleaning, IBAC heard. The company was allegedly tipped off about cleaning audits, with the help of Mr Bollas, to whom they paid a monthly stipend.

The scale of corruption could be even broader, with IBAC hearing evidence that two more senior public officials may have also pocketed cash bribes, including someone from the Department of Transport.

Mr Haritos and Ms Tsakopoulos were caught in tapped phone calls describing someone who “taught” Mr Pinder and Mr Bollas. They refer to him as the “big one … a cat, no bullshit”.

This is the third IBAC probe into corruption within Victorian public transport in the past seven years.

Geoffrey Watson, SC, former counsel assisting the Independent Commission Against Corruption, said the government should provide extra funding to the Victorian Auditor-General to take a “close look” not only at Metro and V/Line, but other government agencies that use the same method of outsourcing.

“The Victorian government has got to step in now and get a properly designed audit in place of V/Line and Metro, but not only them,” said Mr Watson, who is a director of the Centre for Public Integrity. “There is no reason to think that this has happened in this organisation and not in any others.”

Mr Watson said an urgent inquiry into the conduct and practices at V/Line’s board was needed, to understand how they could be “duped” by Mr Pinder, when they allowed the then-chief executive to sidestep the board and take full control of the contract with Transclean in 2018.

V/Line gave Transclean the contract worth up to $40 million despite the company being caught by the Australian Federal Police with more than $28 million in unpaid tax and penalties tied to income from contracts with then-train operator, MTE/Connex in 2009.

The company was also investigated by Metro over allegations of worker underpayment in 2015 and even took Metro to court in 2012 when the operator tried to rip up its contract due to poor performance.

“The board has got to be asking themselves where did we go wrong? If they’re not, it’s a disgrace,” Mr Watson said.

Opposition public transport spokesman David Davis said independent auditors must carry out an urgent review of the Department of Transport’s “substantial” contracts – those valued at more than $10 million. He said “cosy alliance contracts” in construction projects, ballooning consultancy fees and market-led proposals should be probed.

“The state government seems to have lost control of a lot of these contracts … we need a forensic audit to dig down and find out what is going on” Mr Davis said. “It would be naive to believe that this sort of corrupt behaviour is only linked to cleaning.”

Both V/Line and Metro are still refusing to release their contracts with Transclean and are keeping taxpayer-funded deals with new cleaning companies secret. This includes the value of the contracts. Mr Davis called for these deals to be released.

IBAC has alleged that Transclean did not hire a single cleaner directly and instead relied on a range of subcontractors for labour – despite this being prohibited in their contracts with Metro and V/Line.

Retired union boss for tram drivers between 1998-2011 Lou Di Gregorio, said subcontracting has been endemic within the cleaning arms of public transport for decades, resulting in worker exploitation and a lack of accountability.

Mr Di Gregorio dealt with Transclean bosses 12 years ago on the tram network, when he signed up their cleaners to the union and successfully secured them salaries that were in line with the enterprise agreement.

“They’ve been cheating the system for a long time. I have no doubt people in management knew about it, but they kept quiet and it kept going,” he said.

Rail, Tram and Bus Union’s Victorian secretary Luba Grigorovitch said subcontracting put a “black mark on what should be held as priority work across the transport network”.

A government spokeswoman said public transport operators have complete responsibility for contracts they enter into and said the the government was awaiting the watchdog’s recommendations.

”The government will await the outcome of the IBAC investigation before making any further comment,” she said.

A V/Line spokesman said its current cleaning supplier Wayne Cleaning underwent a review of the quality of cleaning and was found to be compliant, “including [with] the clause prohibiting the use of unauthorised subcontractors”.

Metro Trains chief executive Raymond O’Flaherty said the company appointed an independent auditor to review its procurement and probity processes, which was ongoing.