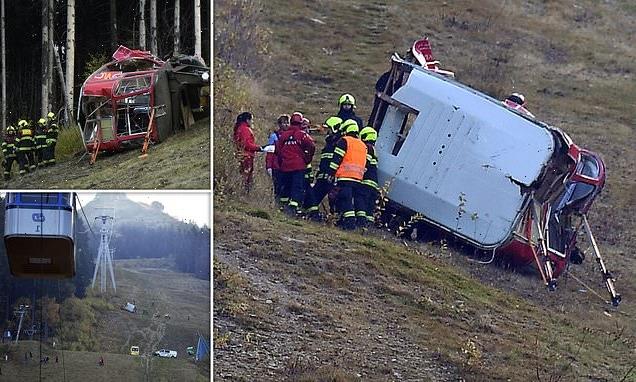 Cable car crash: One person is killed and several others injured after carriage detached from its cable and smashed into mountain in the Czech Republic

One person has died after a Czech cable car cabin became detached from its cable this morning in the north of the country.

Others were rescued from another cabin, a rescue service spokesperson said.

The cable car to the 1,000 metres (3,300 feet) Ještěd mountain uses two cabins, each operated by a member of staff.

‘One cabin fell while on its way down. There was one person inside, who unfortunately succumbed to their injuries,’ spokesman Michael Georgiev told Czech Television. 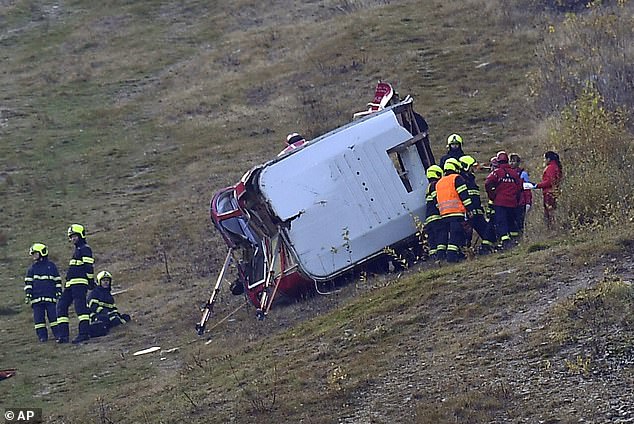 Pictured: One person has died and several others had to be rescued after a cable car cabin became detached from its cable this morning and crashed in the north of the Czech Republic 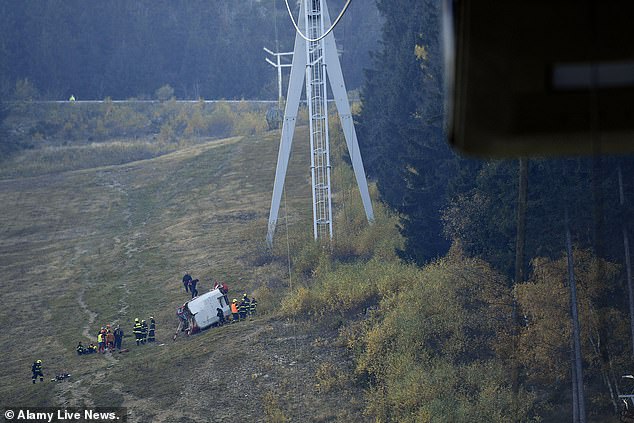 Rescuers work on a scene of a fallen cab under the Jested Mountain in Liberec, Czech Republic 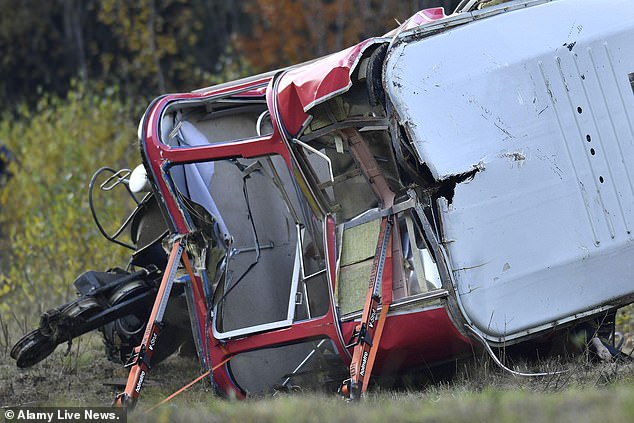 ‘Fortunately, the other cabin stayed in its normal place, some 15 people were evacuated, they should be without injuries, just suffered mental shock,’ he said.

Czech Television said the cable car was scheduled to close on Nov. 1 for scheduled maintenance, according to Reuters.

The cable car in Ještěd is a popular tourist attraction that carried 211,000 people last year and owned by Czech Railways.

This is a breaking news story. We will bring you more information as soon as it becomes available.