Britain’s coronavirus R rate is finally BELOW one and is now at 0.9 as experts say ‘the end is in sight’

The R rate of the coronavirus in Britain is now 0.9 meaning the outbreak has started shrinking and the ‘end is in sight’ for the second wave, scientists on the Covid Symptom Study claimed today.

Professor Tim Spector, the King’s College London epidemiologist who runs the project, today revealed his most up-to-date data shows that the R – the number of people infected by each individual case – is the lowest it has been since August and that rates of new disease are ‘falling slowly’ to below 36,000 new infections per day.

The study is based on health reports from more than a million users of the Covid Symptom Study app, made by health-tech company ZOE, and coronavirus test results logged by volunteers as well as official data.

Although unofficial, it has been consistently estimating infection rates and the R value across the UK since the start of the pandemic.

It is more optimistic than SAGE’s official R rate, which was last week said to be somewhere between 1.1 and 1.3. Even SAGE’s rate, however, has been creeping downwards, dropping from a possible 1.3 to 1.6 for the UK in October.

Professor Spector said the study’s results suggest that people’s behaviour before the second lockdown was already starting to bring down the rate of infection and that the second wave of Covid-19 peaked in October.

The Covid Symptom Study now suggests that some 35,963 people are catching symptomatic Covid-19 each day in Britain, down from 44,000 per day at the end of October.

The team’s estimates are lower than those produced by the ONS – which last week said there were 45,700 infections per day – but have followed roughly the same trend during the second wave, with both now suggesting cases are coming down. 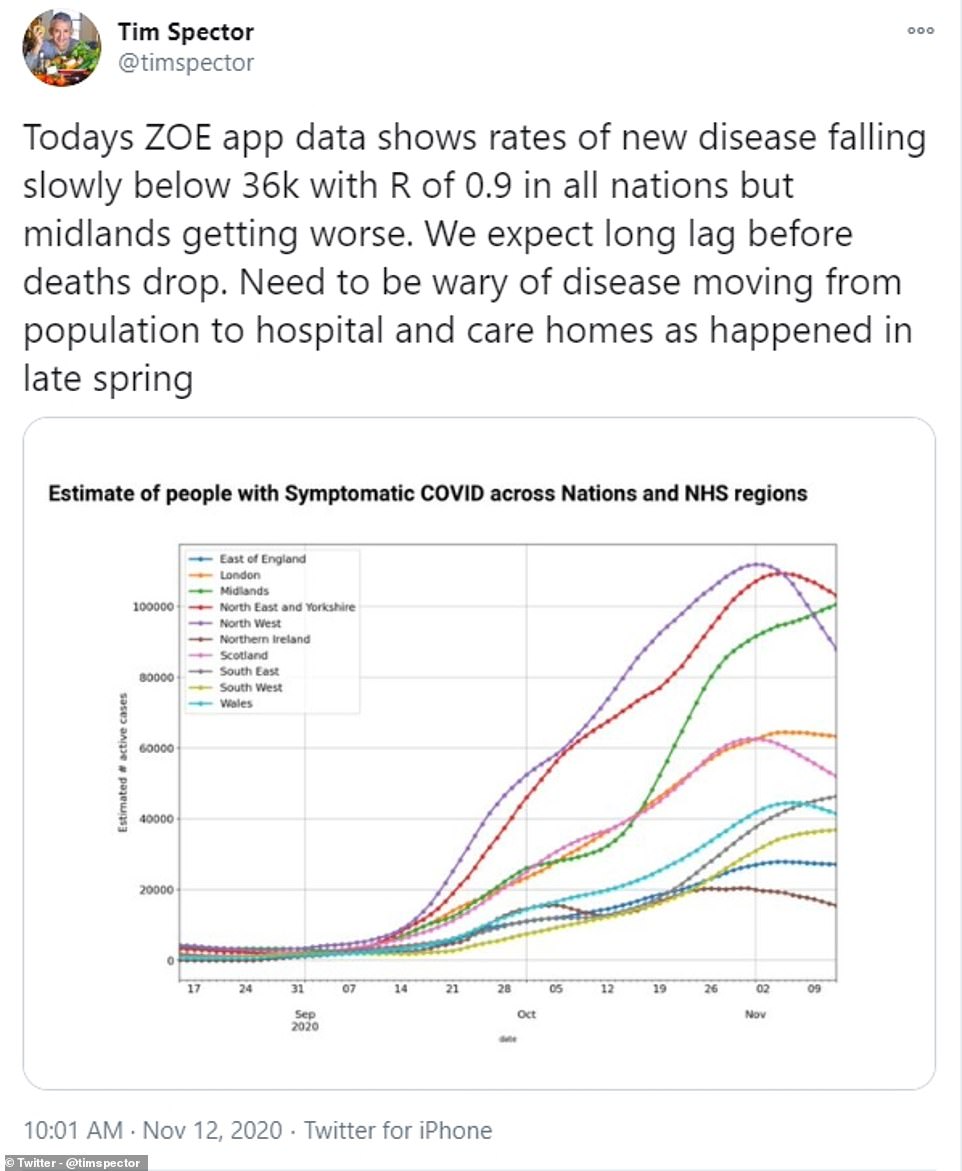 Professor Spector said new coronavirus infections are declining across England, and now sit – for the whole UK – at around 36,000 per day 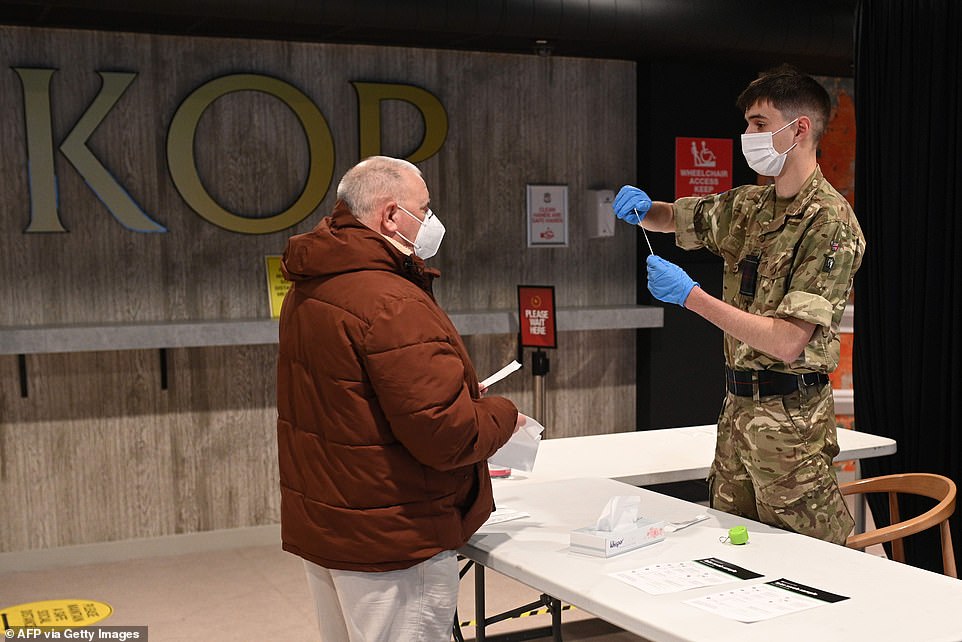 Professor Spector said today: ‘The R value for all the regions of the UK is now below one, which means that the number of daily new cases is declining as each infected case is infecting less than one new person.

‘The data shows that the second wave peaked at the end of October when it was 1.1. The number of new cases in the worst affected area, the North West, are now at the same level they were at the beginning of October and have an R value of 0.8.

‘This is great news for the UK, and suggests that the population’s behaviour was already having an impact before the further lockdown restrictions were brought in. With the numbers coming down and the news of a vaccine, it feels more and more like the end is in sight.’

The R rate is a scientific measure of how fast the virus is spreading and is an estimate of how many people each person with coronavirus infects. A R of one means each infected person gives the illness to one other. The figure must come below one and stay there for an outbreak to shrink.