Former NFL quarterback Brett Favre, currently embroiled in a $77 million Mississippi state welfare fund scandal, released his first statement on the scandal itself on Tuesday claiming that he is innocent of any crimes.

"I have been unjustly smeared in the media," Favre said in a statement provided exclusively to Fox News Digital. "I have done nothing wrong, and it is past time to set the record straight.

"No one ever told me, and I did not know, that funds designated for welfare recipients were going to the University or me. I tried to help my alma mater USM, a public Mississippi state university, raise funds for a wellness center. My goal was and always will be to improve the athletic facilities at my university.

"State agencies provided the funds to Nancy New’s charity, the Mississippi Community Education Center, which then gave the funds to the University, all with the full knowledge and approval of other State agencies, including the State-wide Institute for Higher Learning, the Governor’s office and the Attorney General’s office.

"I was told that the legal work to ensure that these funds could be accepted by the university was done by State attorneys and State employees."

Favre's statement is in direct opposition to texts that were released by Mississippi Today last month. The texts are reportedly between Favre and then-Mississippi Gov. Phil Bryant, in which Bryant tells Favre how to write a funding proposal that would be accepted by the Mississippi Department of Human Services.

Favre was allegedly looking for money to build a volleyball stadium at the Southern Miss, where his daughter plays volleyball, and was seeking it through the Mississippi Community Education Center. That charity, run by Nancy New, is allegedly where $77 million in federal Temporary Assistance for Needy Families funds were being distributed. New, who allegedly worked with Bryant on the distribution of funds, has since pleaded guilty to a number of state and federal charges in connection to the scheme to misappropriate welfare funds.

Favre also made over $1 million to record ads for a nonprofit, which was allegedly only developed as a way to push more money into the stadium project. And Favre allegedly didn't want anyone knowing where he got the money from. Via Mississippi Today:

Favre: If you were to pay me is there anyway the media can find out where it came from and how much?

New: No, we never have had that information publicized. I understand you being uneasy about that though. Let's see what happens on Monday with the conversation with some of the folks at Southern [Miss]. Maybe it will click with them. Hopefully.

New: Wow, just got off the phone with Phil Bryant! He is on board with us! We will get this done!

Favre: Awesome I needed to hear that for sure

Favre has not been charged with any crimes related the welfare scheme. 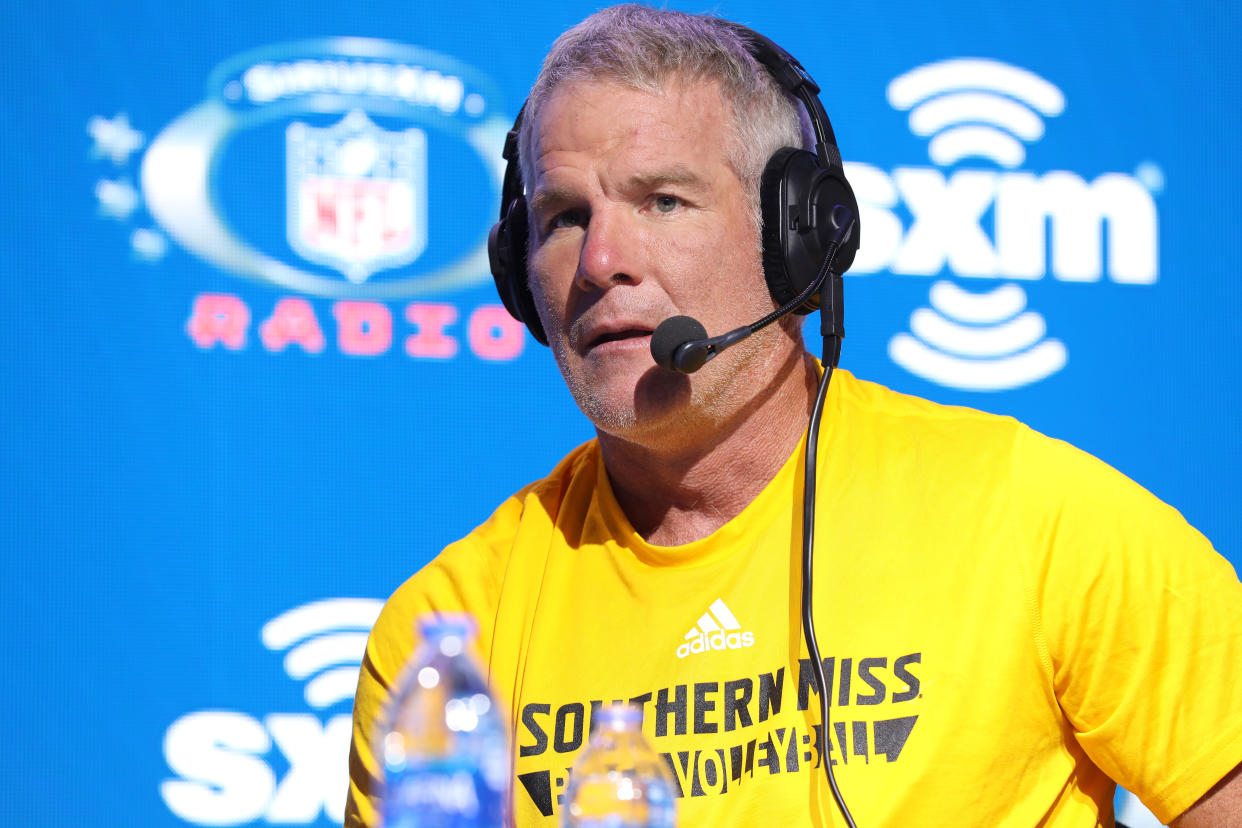