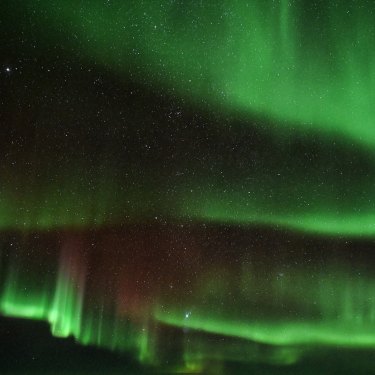 The breathtaking Aurora Australis view from onboard the flight.Credit:Nick Moir

A tour company best known for its Antarctic expeditions has begun to provide a new service offering flights to the “aurora zone” located close to the frozen continent.

Chimu Adventures has chartered Qantas Boeing 787-9 Dreamliner aircraft and crew, which leave from several Australian cities including Sydney and Melbourne and head south to the region between Macquarie Island and Antarctica. There, passengers get to witness the Southern Lights, otherwise known as the Aurora Australis – the battle between electrically charged particles from the sun and earth’s magnetic field playing out. 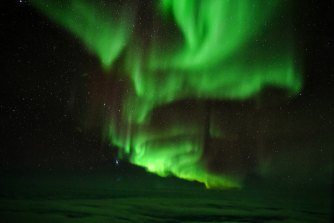 On Friday night, this photographer witnessed curtains of green and red dance across the heavens as the particles interacted with gases at an altitude of about 100 kilometres.

At first, it is barely a green smudge on the black horizon. But as the aircraft speeds south, the shimmering ethereal curtains start to appear and disappear from horizon to horizon over the aircraft. 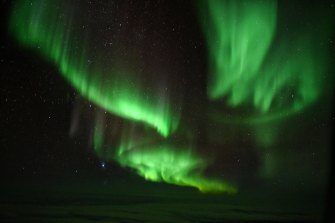 The phenomenon is also known as the Aurora Australis.Credit:Nick Moir

The duration of the flight varies between ten and thirteen hours depending on the departure airport.

Nick Moir flew as a guest of Chimu Adventures. Flights start at $1295.