A WING WALKER and pilot have survived after their plane crashed into the water during an air show display as witnesses watched on in horror. 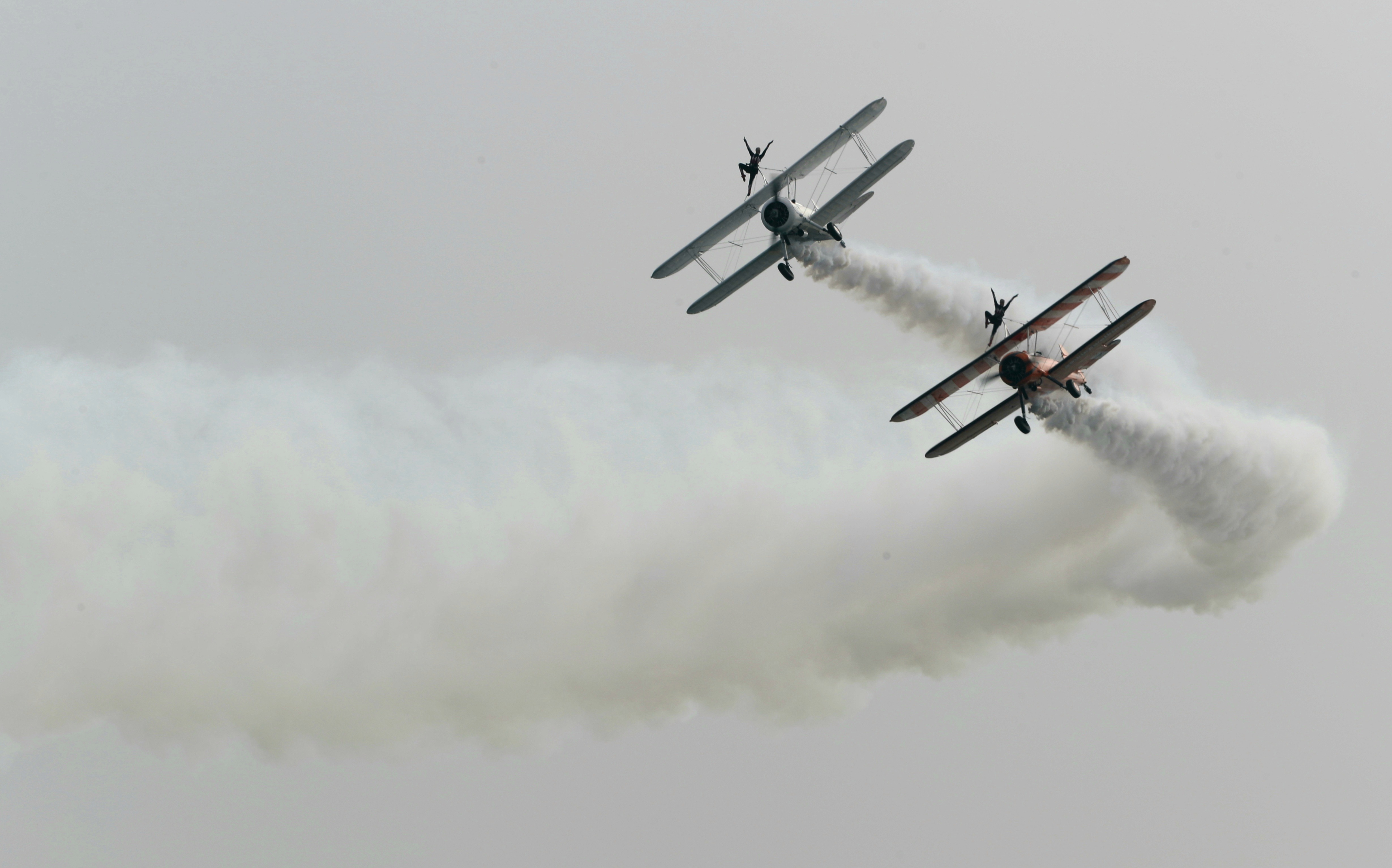 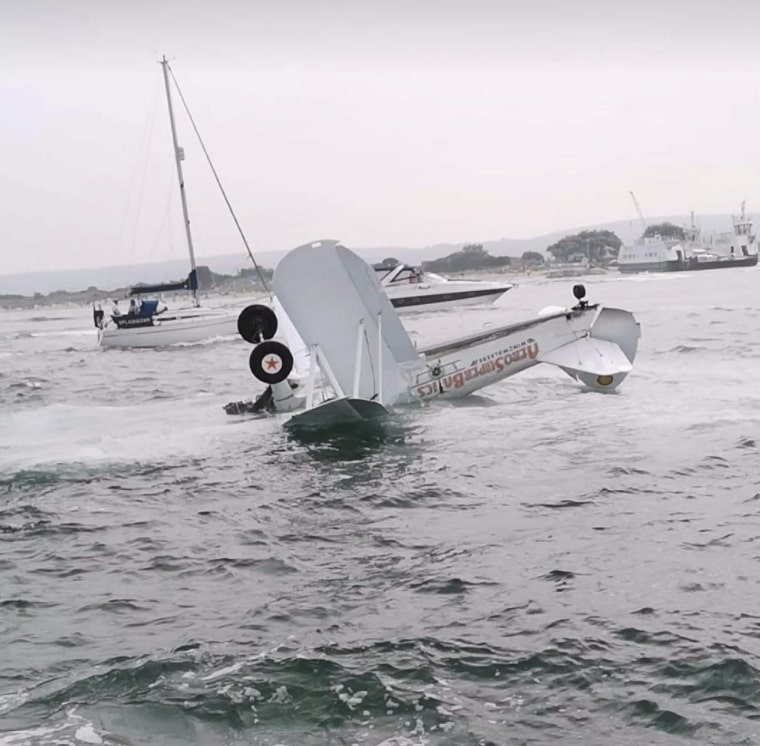 And even though female performer was strapped to the top of the wing at the time of the crash, neither of those on board was seriously hurt.

Photos on social media show the wreckage of the plane in the sea.

The aircraft had turned upside down as it landed on the water.

Miraculously, it avoided dozens of yachts moored in Poole Harbour for the show, as well as the huge Sandbanks Ferry, used to take cars across the water to Studland.

A Dorset Police spokesperson said: "The aircraft was part of the Bournemouth Air Festival flight schedule with two people reported to be onboard.

"Both occupants have been rescued and are reported to have sustained minor injuries.

"They are receiving treatment by the ambulance service.

"An investigation is under way and we would please ask members of the public to avoid the area and harbour to allow emergency services to deal with the incident. A police cordon is currently in place."

Aircraft tracking app SkyScanWorld said this afternoon: "One of the AeroSuperBatics Wingwalkers has ditched ito the water near to Poole.

"Been confirmed both wing walker and pilot are ok."

The show will not resume again today, the Bournemouth Echo reports.

Organisers tweeted: "There has been an incident involving one of the displays away from the display area.

"The crew are safe and sound and are being looked after by the emergency services.

"As a result, flying has been suspended until further notice.

"We will update you early this evening."

Tens of thousands of people visit the Dorset coastline for the event each year.

One visitor at the event said: "Sending all our thoughts and respects to the skills of the pilots.

"We are glad to hear that those involved in the controlled water landing of one of the wing walkers planes are safe and well.

"Yet again, shows the skills of the pilots."

Another said the little plane had crashed after trying to return to the airport.

In 2011, hero Red Arrow Jon Egging died in a crash at the air show. 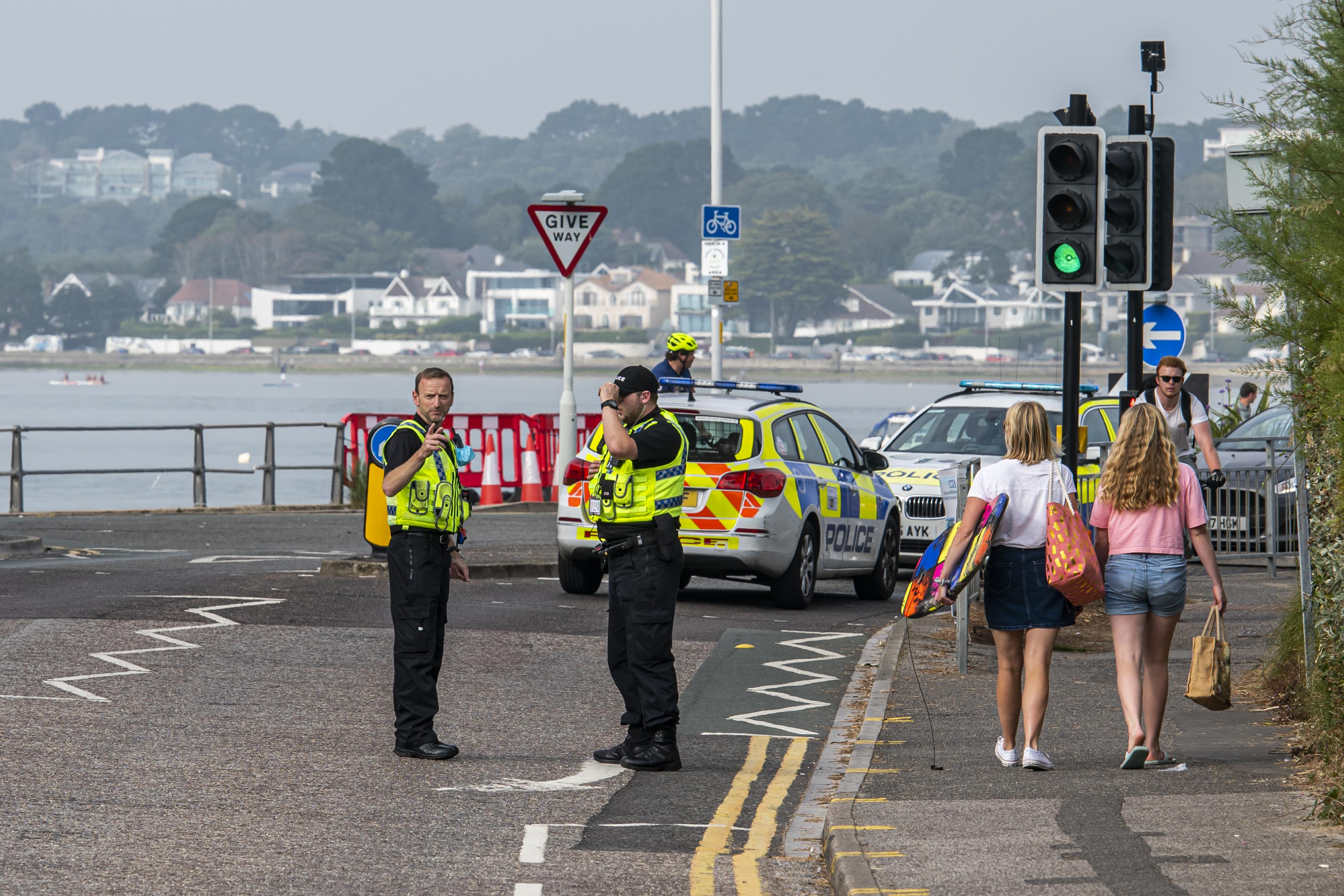 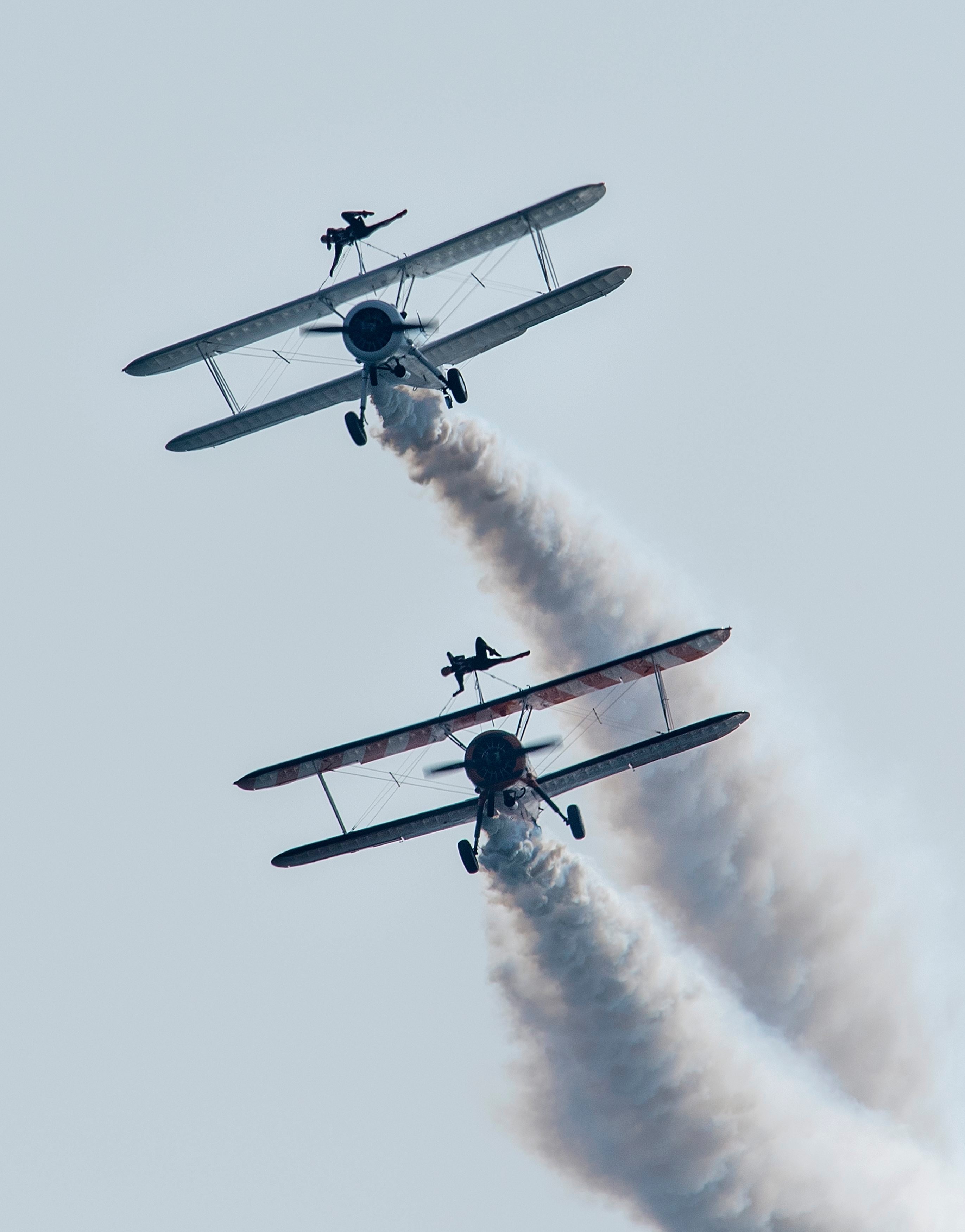