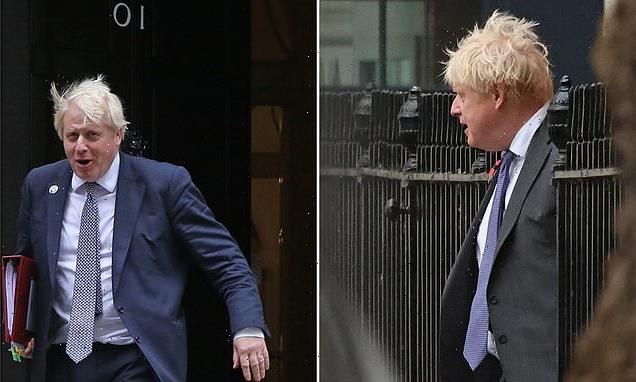 Dominic Cummings has claimed the Prime Minister uses a secret Downing Street ‘escape’ so he is able to leave without his civil servants knowing.

The ex-aide made the assertion on Friday in an email newsletter service he has launched to continue waging his war of words against senior Tory figures, including Boris Johnson.

Mr Cummings, who was the Prime Minister’s trusted advisor until his resignation last November, said his former boss installed a new exit atop the flat in No 10 so he can ‘escape his office without outer office knowing’.

‘Now he can walk out of his office into the Cabinet room then out those doors into the garden and away, without being spotted,’ he added.

He also claimed Mr Johnson ‘sabotaged’ his plan to change the physical layout of the office in Downing Street on the basis that his plan ‘did not have enough physical exits’. 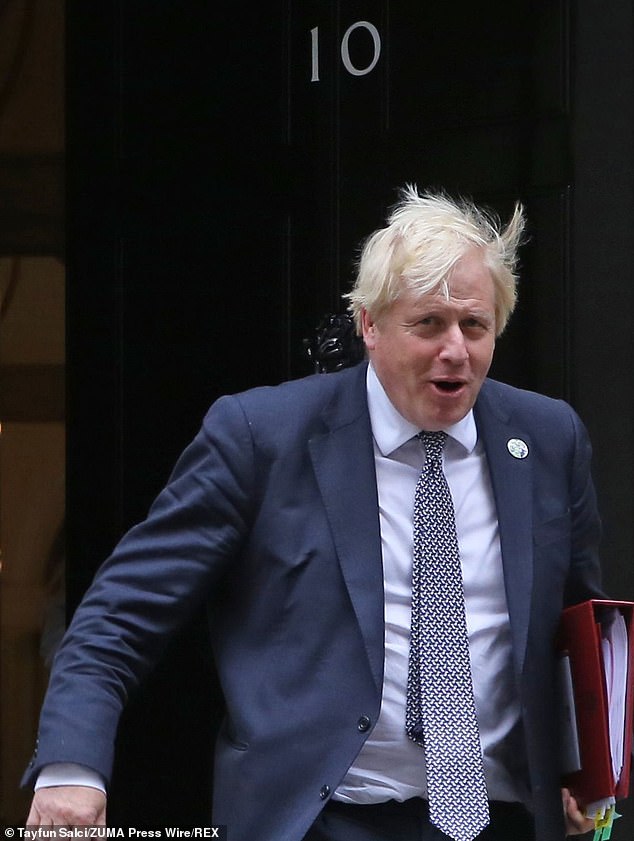 Prime Minister Boris Johnson uses a secret Downing Street ‘escape’ so he is able to leave without his civil servants knowing, ex-aide Dominic Cummings has claimed 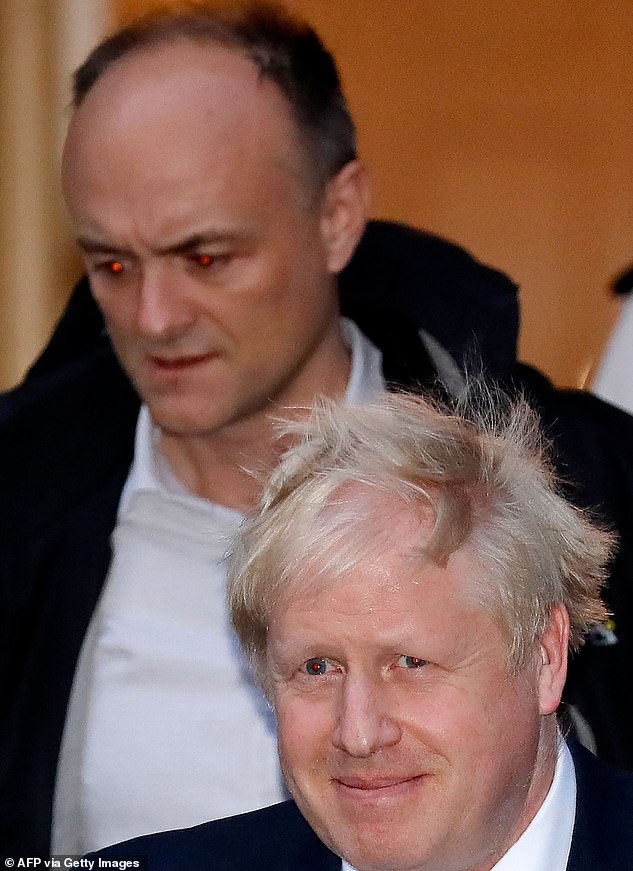 Mr Cummings, who was the Prime Minister’s trusted advisor until his resignation last November, said his former boss installed a new exit atop the flat in No 10 so he can ‘escape his office without outer office knowing’

The Friday edition of Mr Cummings’s newsletter detailed an argument between both himself and Mr Johnson over the design of No 10 Downing Street.

Cummings claimed he was ‘already clutching my head at dealing with nonsense from Carrie’s wallpaper’ – referring to the infamous ‘wallpapergate’ refurb of No 10 that is set to be dragged through the Commons sleaze watchdog.

He said Mr Johnson’s scuppering of his plans to redesign No 10 in January 2020 were ‘blackly ironic’ given the onset of the coronavirus pandemic just eight weeks later.

The Vote Leave architect also revealed that Mr Johnson transferred his office into a ‘far grander’ room traditionally used by the Cabinet Secretary last summer which has ‘multiple escape routes’.

As the Prime Minister’s senior adviser, Mr Cummings oversaw the ‘Nasa control room’ redesign of the Cabinet Office, which is connected to Downing Street, into an open-plan space for policy-makers.

Covid data was projected onto the room’s walls, while policy advisers and experts were grouped together in clusters according to subject of expertise, according to The Telegraph.

In another fresh assault last night, Cummings said Mr Johnson wanted to spend his time writing a lucrative book while ‘pretending’ to be Prime Minister.

The former chief aide said Mr Johnson wanted to work on a book about Shakespeare to raise the large sums needed for his ‘very expensive’ divorce – and because he was ‘bored’ with being Prime Minister.

Writing on his blog, Mr Cummings said it was hypocritical for Mr Johnson to ‘have a go at MPs’ over the issue of second jobs ‘given all his own outside earnings’.

Last night, No 10 strongly denied the claims, insisting they were ‘not true’.

The news comes as the Standards Committee has been urged to investigate how the refurbishment of Boris Johnson’s flat was funded after it was revealed Tory donor Lord Brownlow paid an invoice to cover some of the costs.

Boris Johnson is expected to face calls for a public inquiry into allegations of Tory sleaze as MPs consider how to clean up Westminster following the Owen Paterson row.

Labour leader Sir Keir Starmer said the Prime Minister should apologise to the nation and ‘clean out the filthy Augean stable he has created’.

A shock poll last night handed Labour a six-point lead in the wake of the Tory sleaze scandal.