BORIS Johnson will today warn Brits the pandemic is "far from over" as ministers admitted another lockdown can't be ruled out.

The PM will strike a cautious note as he unveils a package of measures designed to prevent a winter wave overwhelming the NHS. 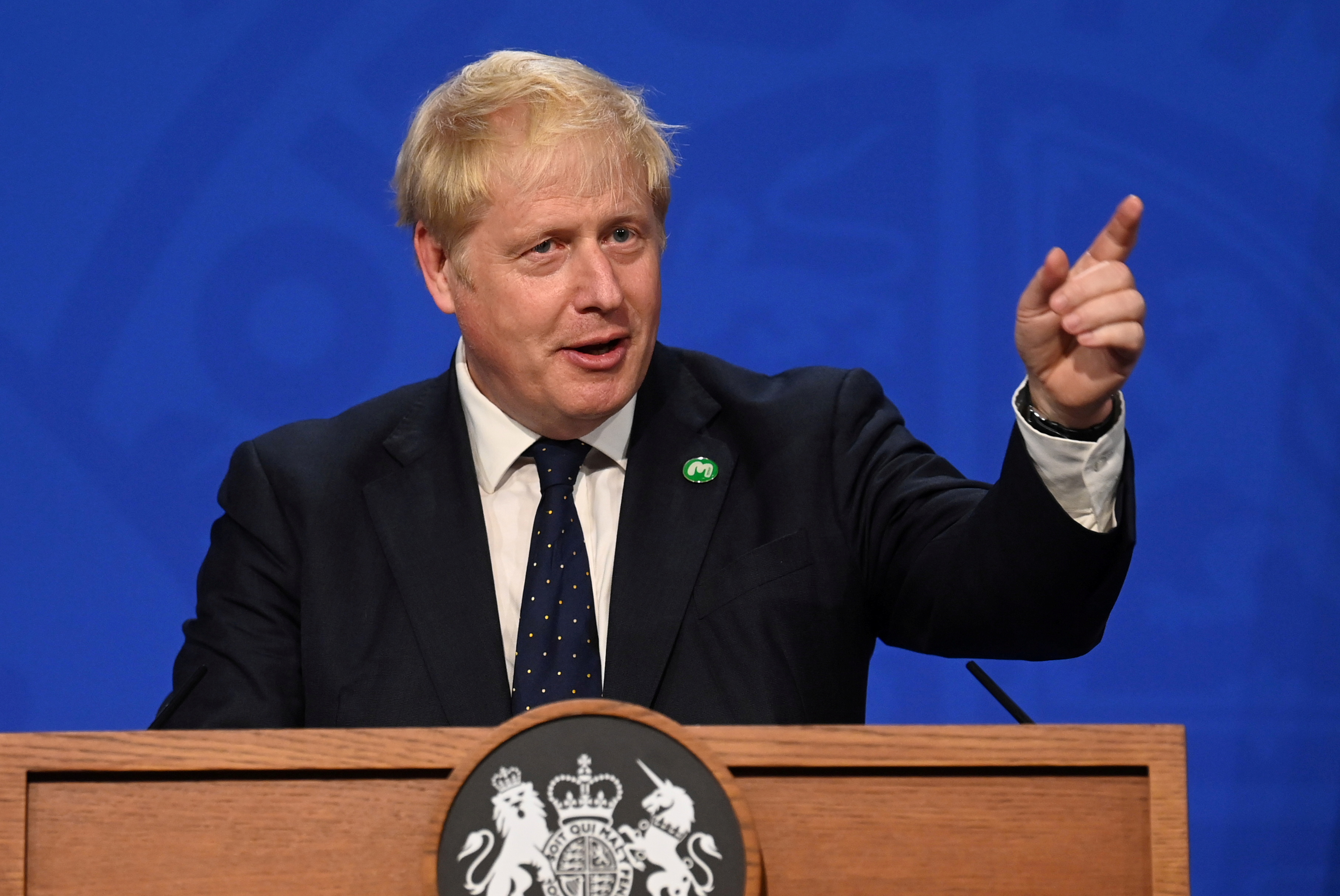 He will appear at a 4pm press conference in Downing St alongside top Covid boffins Chris Whitty and Patrick Vallance.

Boris will hail the UK's “phenomenal vaccine program, new treatments and testing" which have turned the tide against the pandemic.

And he'll express confidence that the UK will be able to "live with the virus without significant restrictions on our freedoms".

But scientists are already warning the country isn't "out of the woods" and infection rates "do not bode well for winter".

The PM will announce a massive booster jab programme for over-50s plus a record-breaking flu vaccine rollout.

He hopes this will provide the first and major line of defence against a repeat of last winter's spike in cases and deaths.

Vaccinations of over 12s will also begin within days to help stop the spread of the virus in schools.

But he will also reveal his intention to bring back some restrictions over the winter months if the NHS comes under pressure.

Mandatory masks may be reintroduced in crowded places like public transport within weeks to reduce the risk of transmission.

They are one of the easiest measures to bring back as officials say they have little impact on people's daily lives or the economy.

Brits could also be told to start working from home again if a new Covid wave starts to take hold.

And some social distancing rules, in particular around large events, could be brought back.

But the PM is also expected to announce that he's pausing or ditching some other restrictions on our daily lives.

He will put the brakes on plans for vaccine passports, which had been due to come in for nightclubs from next month.

Boris will say they are being held "in reserve" but aren't currently needed thanks to high vaccination rates.

The PM may also flesh out plans to ditch the current curbs on international travel and reopen Britain to the world.

No 10 is set to scrap the complicated traffic light system and replace it with two simple 'Go' and 'No Go' lists.

And they are poised to bin expensive PCR tests for the double-jabbed in favour of much cheaper lateral flow kits.

Lockdowns would be an absolutely last resort

Boris will also confirm plans to let legal powers which allow the Government to shut down business premises lapse.

But he wants to renew the Coronavirus Act for another six months, including the obligation for positive Brits to self-isolate.

Vaccines minister Nadhim Zahawi admitted lockdown could return this winter but only as an "absolutely last resort".

He confirmed "contingency plans" are in place to bring back restrictions and insisted it would be "foolhardy to rule out anything".

Ministers and scientists are worried the country faces a difficult winter that will once again put pressure on the NHS.

The virus will be able to spread more easily once bad weather drives people indoors, while vaccine immunity could be waning for some.

Covid rates have been stubbornly high at around 30,000 new infections a day for weeks – though the return of schools hasn't yet shifted the dial.

Professor Ravi Gupta, who sits on the NERVTAG advisory group, said restrictions were lifted too quickly over the summer.

He said: "It's pretty clear that we're not out of the woods and it doesn't bode well for going into winter at all.

"If we cast our minds back to July 19 many scientists were saying that 'we need to take this slowly, the transmission rates are far too high'.

"What we're seeing now is really the result of that advice not being heeded and now we're in a position where we're talking about lockdowns again."