The former bookkeeper of champion surfer Tyler Wright has been charged with embezzling more than $1.5 million over a decade from the World Surfing League professional and her family.

Shane Maree Hatton, 53, was arrested this week at a home in Vincentia on the NSW South Coast and taken to Nowra police station, where she was charged with 749 counts of dishonestly obtaining a financial advantage by deception. 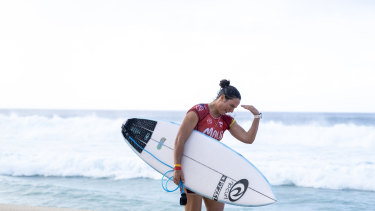 Tyler Wright after winning the Maui Pro at Pipeline on December 20.Credit:Getty Images

Police will allege Ms Hatton defrauded Wright and her family by misappropriating funds from several accounts while she was the bookkeeper contracted to manage their finances.

She was granted conditional bail to appear at Nowra Local Court on April 26.

Ms Hatton was a family friend and bookkeeper of the Wright family and their business, before later managing the finances of Wright and her brothers when they began surfing professionally, according to reports on Friday. 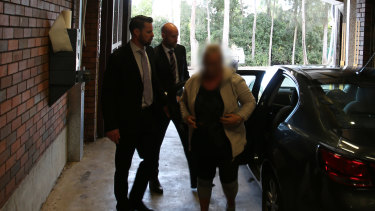 The bookkeeper was arrested and charged with 749 offences on Wednesday.Credit:NSW Police

Strike Force Strathwallen was formed and led to Ms Hatton’s arrest around 7.20am on Wednesday.

Wright, the two-time world champion surfer, is currently at Newcastle’s Merewether Beach for the Australian leg of the surfing world championships.

Wright, 27, is currently competing at the Rip Curl Newcastle Cup, following a victory at the first women’s championship tour at Pipeline.

Newcastle is hosting the opening round of the World Surf League Championship Tour over the Easter long weekend event after uncertainty over hotel quarantine arrangements pulled it from its traditional home of Bells Beach in Torquay, Victoria.

It is the first time since 1961 the event has not been held at Bells Beach.

Organisers placed the event on hold on Friday and Saturday due to poor conditions.

It is expected to resume for the next call around 7am on Sunday.