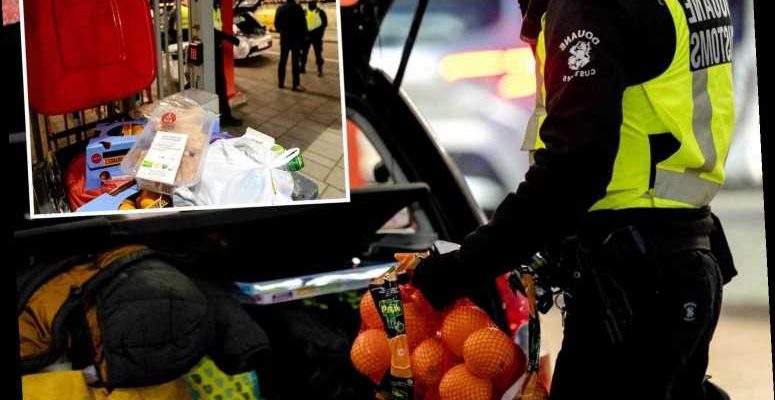 DUTCH cops have paraded more food that they have confiscated from Brits after snatching a trucker's ham sandwich due to Brexit. 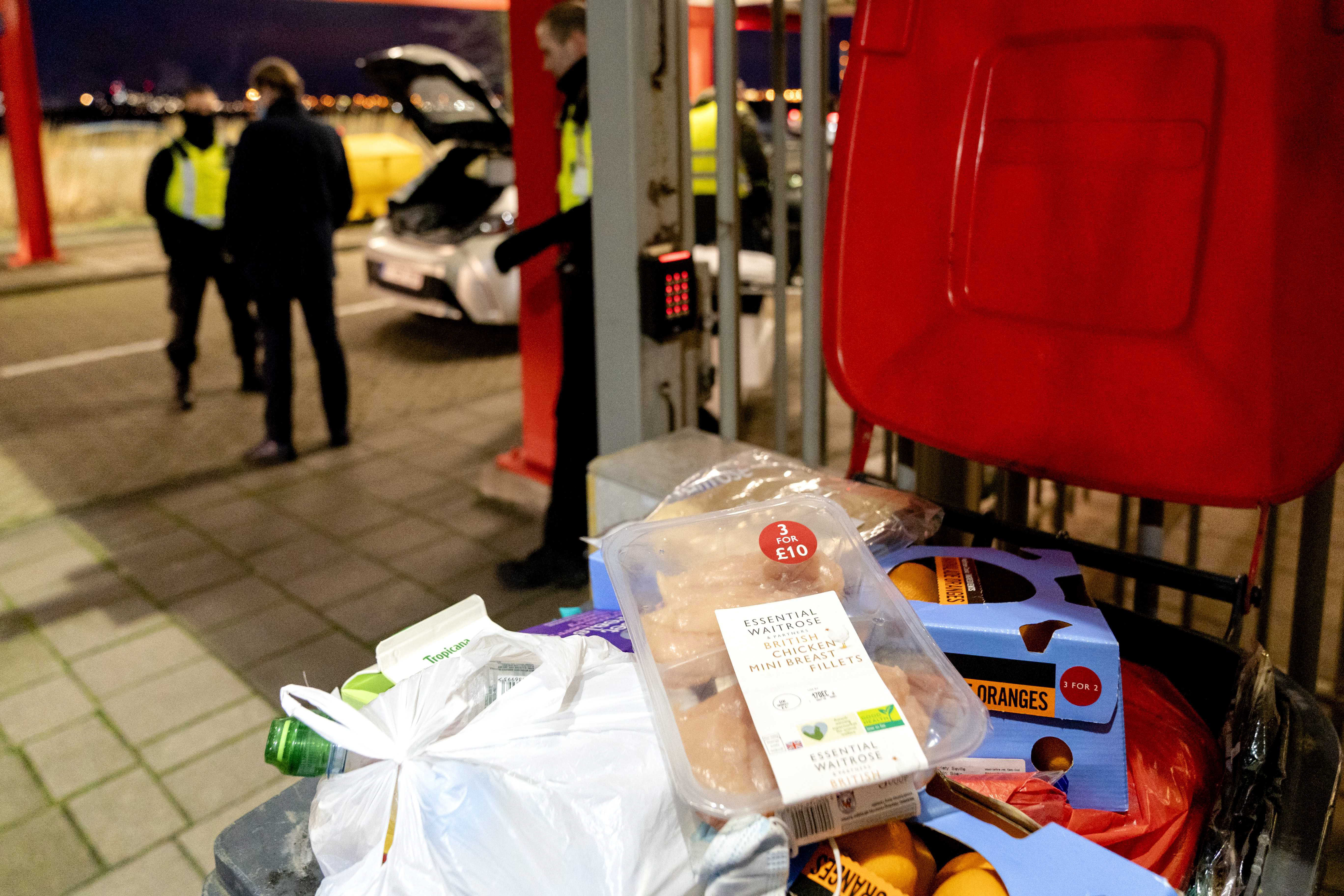 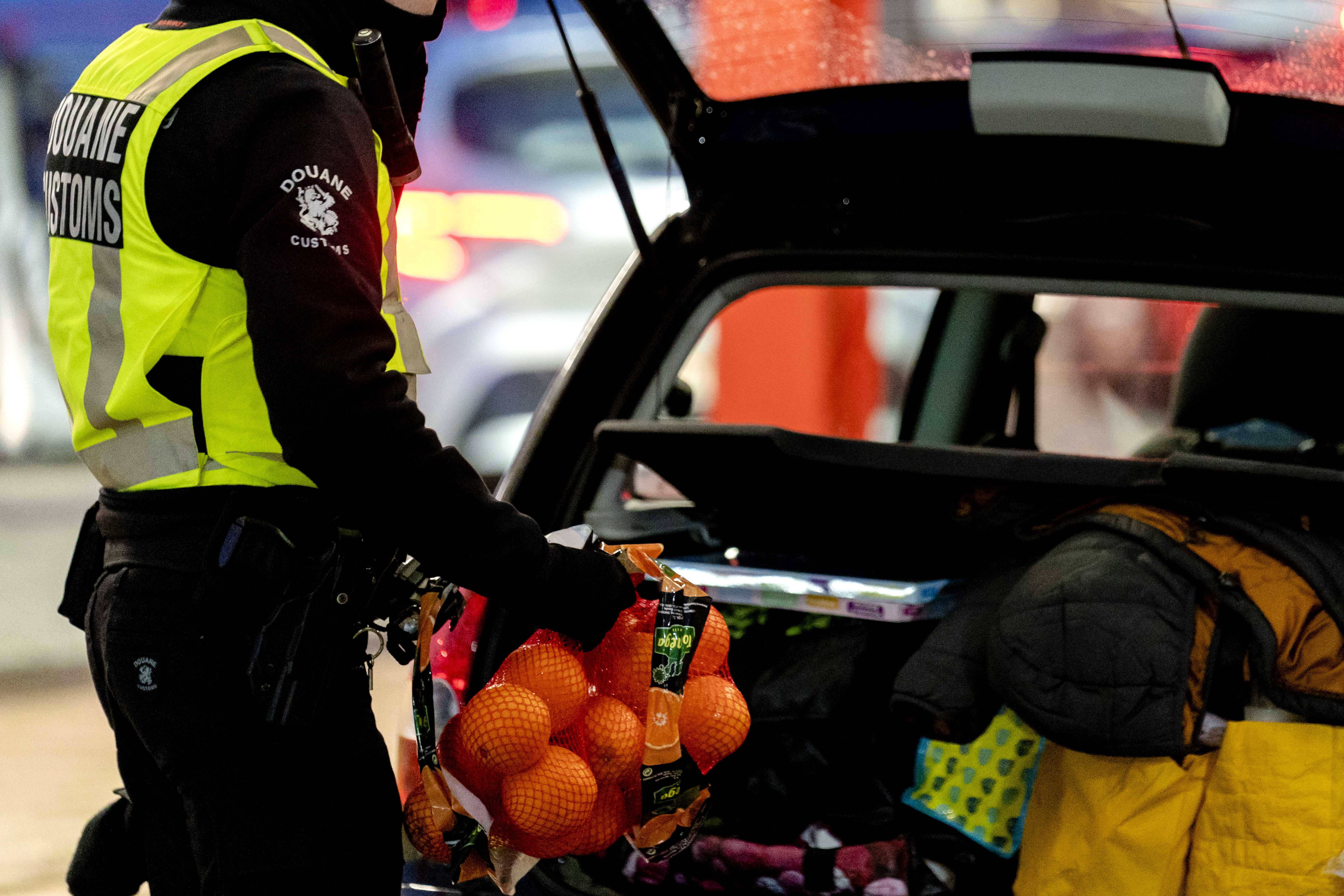 It comes after an officer at the Hook of Holland seaport was filmed mocking "welcome to Brexit, sir" – as he took a British truck driver's ham sandwich at the border.

The EU doesn't allow meat, meat products, milk or dairy products to be brought in from countries outside the union for "personal consumption."

And now that Britain left the EU on January 1, the rules now apply to people crossing the Channel.

Dutch customs officers showed a off "small mountain" of items they have consfiscated as they have warned "you can't just bring in food from the UK".

Officials at the Hook of Holland ferry terminal said the food had been destroyed under the new rules that now require a health certificate for bringing food into the EU.

The same rules are also in force in Calais and other EU ports, but there have not been any reports so far of French of Belgian officials confiscating food sandwiches.

They were filming at they at the port near Rotterdam where sailings from Harwich, Essex arrive several times a day.

He said: "Maybe this is something that people overlooked in Brexit, but the customs guys wanted to get the message out that food is not allowed to be taken into the EU from outside in any form."

The bemused Brit attempted to meet in the middle, asking if he could keep the bread from his tinfoil-wrapped sandwiches, but the officer replied: “No, everything will be confiscated.

Another border official at the Hook of Holland seaport went on to explain the new rules to the Netherlands' NPO television.

But according to the European Commission, the ban is necessary because meat and dairy products can contain pathogens causing animal diseases, which"continue to present a real threat to animal health throughout the union."

The Department for Environment, Food, and Rural Affairs say that travellers should "use, consume, or dispose of" prohibited items at or before the border.

In the clip, the officers can be seen rummaging through people's vehicles and confiscating any food they find.

A spokesperson for the British Meat processors Association said: "At the end of the day the rules are the rules now that we are a third country to the EU."

However, they said that the Dutch had little to worry about on the standards of British produce, adding: "our status on pigs, sheep and cattle is at a very high standard."

Cabinet minister Michael Gove has already warned that problems at ports are likely to get worse, saying: "In the weeks ahead, we expect there will be significant additional disruption." 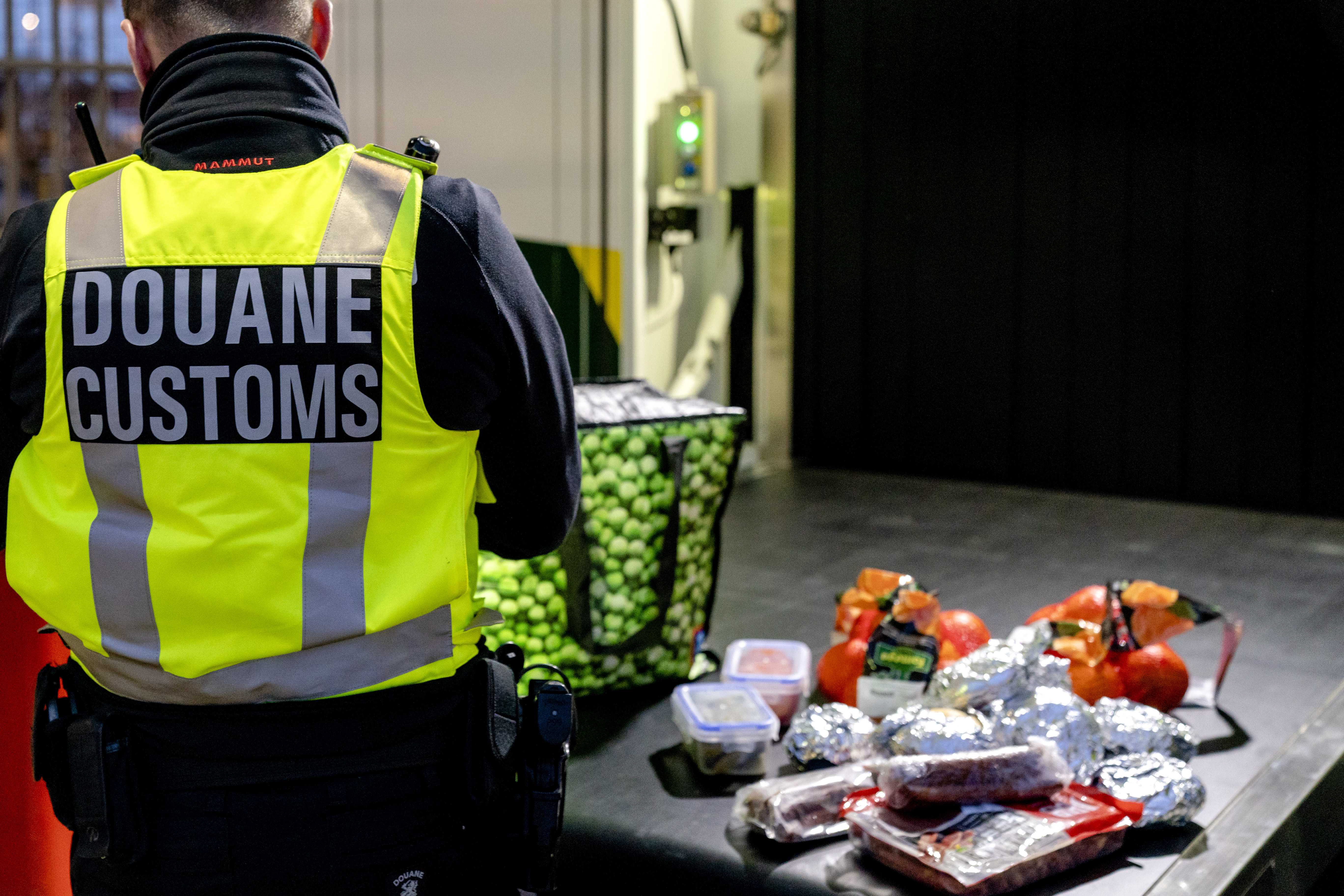 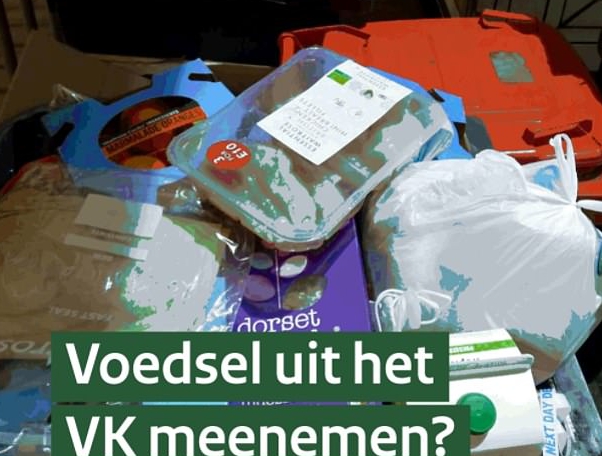 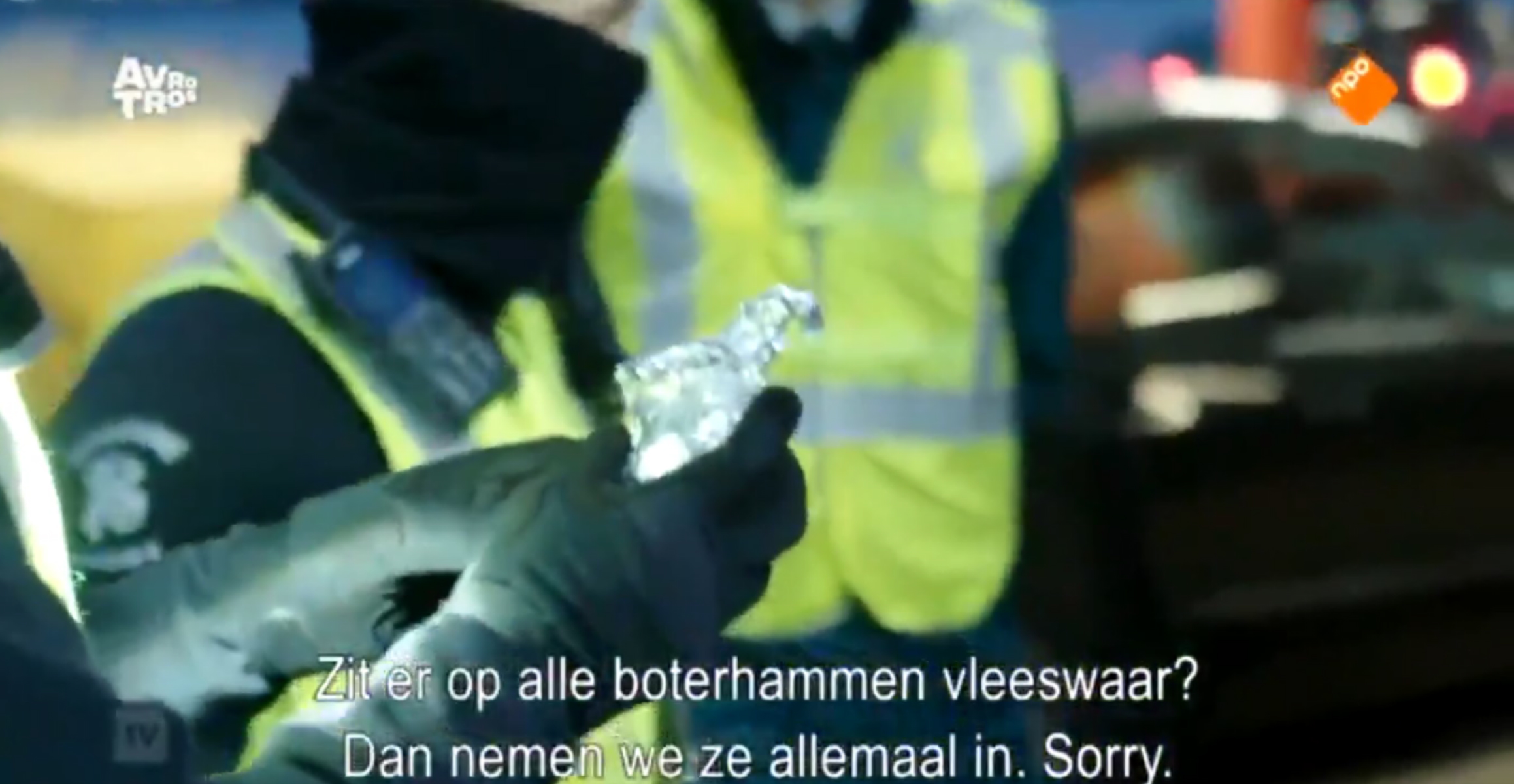 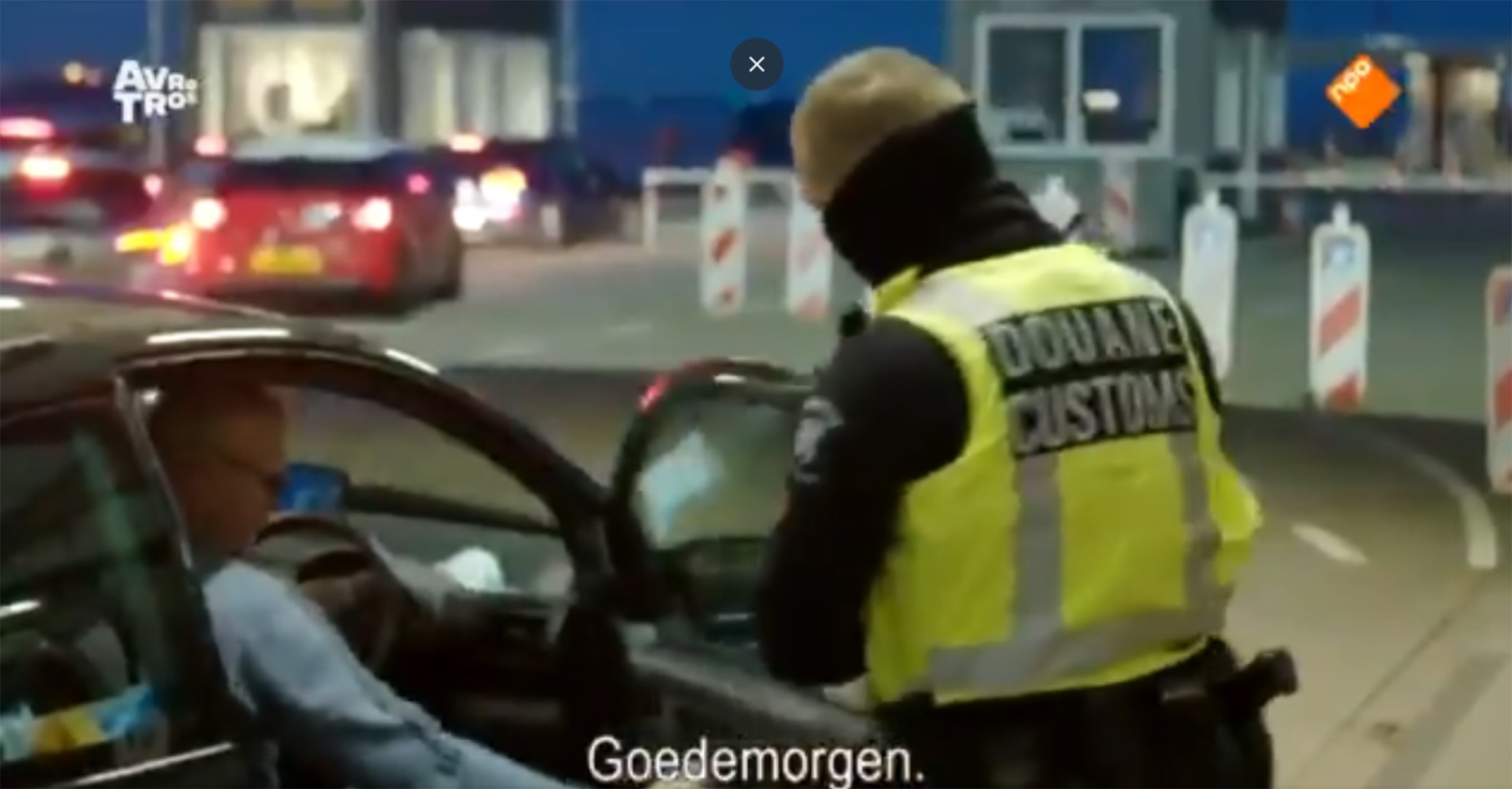 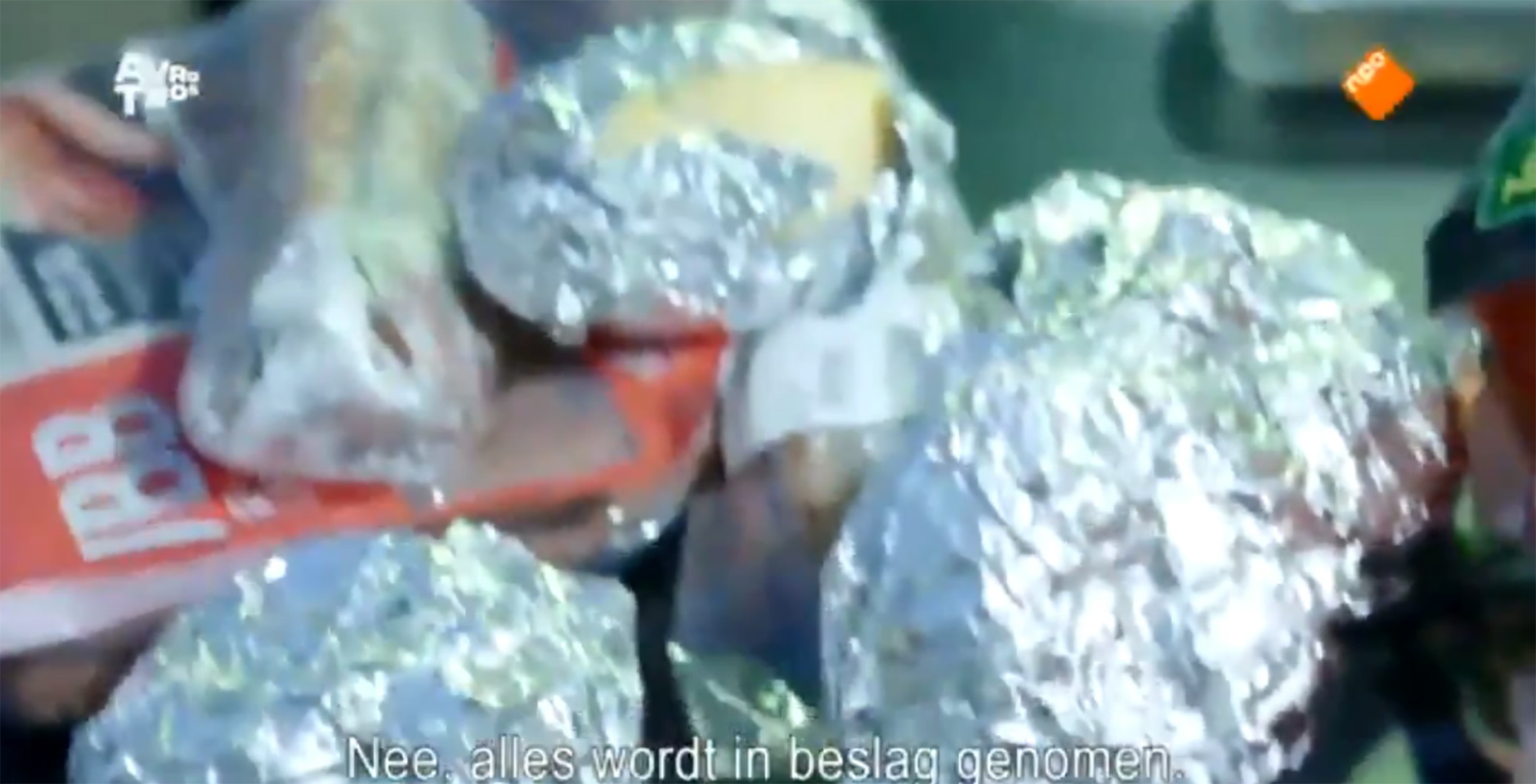