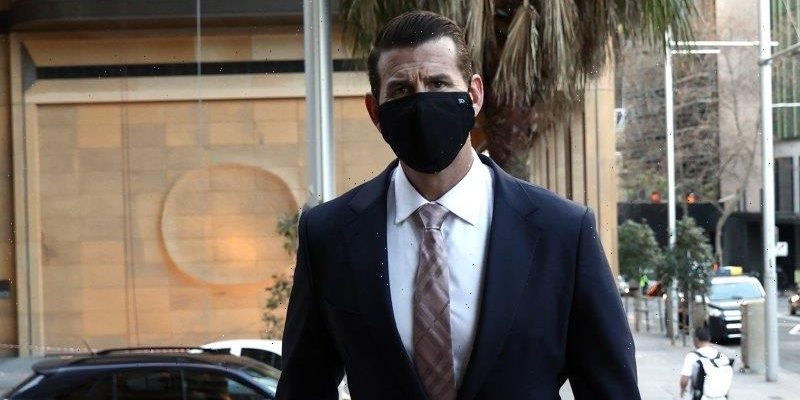 War veteran Ben Roberts-Smith’s defamation trial against The Age and The Sydney Morning Herald will resume next week to hear urgent evidence from four Afghan witnesses in Kabul, as the newspapers warned there was a risk of a Taliban-led terrorist attack in the capital city.

Sydney’s growing cluster of COVID-19 cases led Federal Court Justice Anthony Besanko to call a four-week halt last month to the trial, which had entered the fourth week of what is anticipated to be a run of up to 10 weeks. 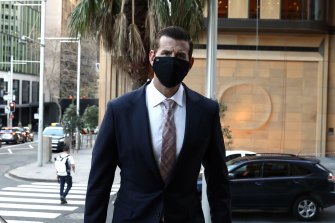 Ben Roberts-Smith arrives at the Federal Court in June.Credit:Dominic Lorrimer

Justice Besanko had foreshadowed the trial might be able to resume on Monday, July 26, but the lockdown in Greater Sydney will not end until July 30 at the earliest.

On Monday, Justice Besanko said he would allow the trial to resume on July 26 for the limited purpose of hearing from the Afghan witnesses, who are living in a safe house in Kabul awaiting the call to give evidence.

The parties’ lawyers will attend court in person while the witnesses will give evidence via audiovisual link, with a translator located in Canada.

Counsel for the media companies, Nicholas Owens, SC, had argued there was “a real risk of the evidence of the Afghan witnesses becoming unavailable”.

“We’re not going to get an orderly two-week notice period that the Taliban is going to attack Kabul,” Mr Owens said.

He said there was an “ongoing risk to people in Kabul”, and evidence before the court showed there were credible reports of an imminent attack in the city.

There were also threats to electricity and telecommunications infrastructure in Kabul, which would pose “an almost insurmountable problem”.

Mr Roberts-Smith is suing The Age, the Herald and The Canberra Times over a series of stories starting in June 2018 that he alleges accuse him of war crimes and an act of domestic violence against a woman with whom he was having an extramarital affair. He denies all wrongdoing. The media outlets are seeking to rely on a defence of truth.

Mr Roberts-Smith’s barrister, Bruce McClintock, SC, said his legal team adopted a position of “studied neutrality” on resuming the trial to hear from the Afghan witnesses, but noted there were “very, very real public health issues in NSW”.

He renewed his call for the court to consider relocating the trial “to a venue other than Sydney”, and pointed to Adelaide and Canberra as potential alternatives.

Mr McClintock said “the stress on my client and the anguish this is causing him is very, very great” and his “life is on hold” until the trial is over.

“There is provision in South Australia … which would enable the matter to go ahead there, although … the lawyers would have to quarantine for two weeks,” Mr McClintock said.

Both Mr Owens and a barrister representing the interests of the Commonwealth pointed to logistical obstacles to relocating the trial.

Justice Besanko directed that the evidence the Afghan witnesses be heard next week. He will provide reasons for his decision at a later date.