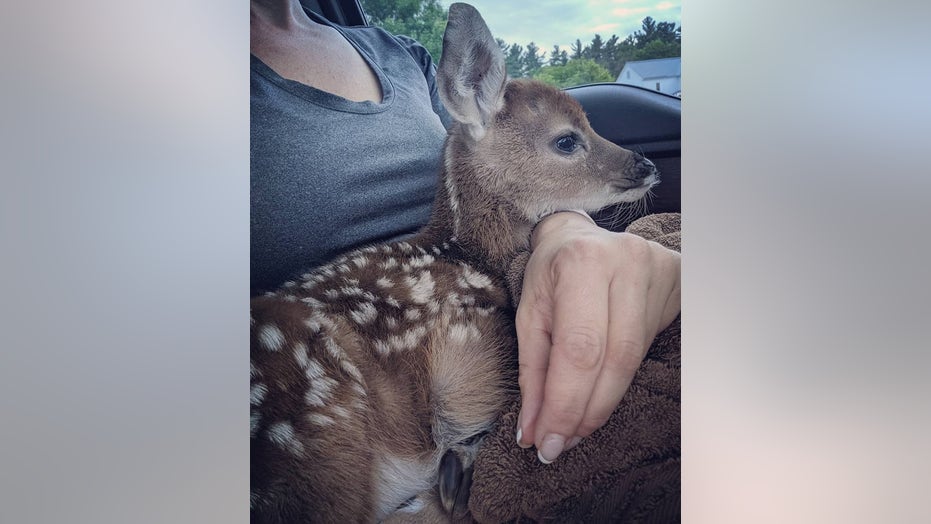 A mother deer who was hit by a car died alongside her crying fawn on Tuesday, according to New Hampshire police.

The mournful scene was discovered by a resident in Pelham who heard a loud crying noise in the woods behind his house early in the a.m., before he left for work. He heard the same wrenching sound in the evening when he returned home.

When he went into the woods, he found the devastated fawn weeping as it lay next to its dead mother.

"After further investigation of the scene, it was clear that momma was hit by a car on a nearby busy road," the Salem  Police Department said in a Facebook post on Tuesday. "She made it back to her baby, where she succumbed to her injuries by her fawn's side."

The scene was atypical, according to the police department. Officials said that 99 percent of wildlife is not orphaned, and people should not assume they are, because their mothers are most likely out hunting and gathering food. In most cases, wildlife should be left alone.

The fawn was rescued by Salem Animal Control Officer Corie Bliss and taken to a wildlife rehabilitation center four hours away, where Bliss "saved her life."

"Animals never fail to amaze us each and every single day!" the police department said. "Thank you to all our wonderful wildlife rehabilitators in our state for all you do."