Victoria’s second international airport is being put forward as a possible site for a remote quarantine base, complete with outdoor cabins for return travellers, as the state grapples with the fallout from cases in hotel quarantine again leaking into the community.

Avalon Airport boss Justin Giddings says he is waiting to hear back from the state government after submitting a proposal for a facility to be rapidly constructed on the grounds of the airport, 60 kilometres south-west of Melbourne, which could house upwards of 300 Northern Territory-style standalone cabins. 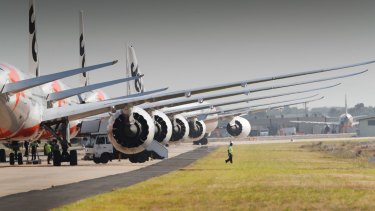 Mr Giddings said the plan would see return travellers fly into Avalon’s international terminal and walk to nearby quarantine cabins, where people could cook their own meals, clean their own cabins and spend time outside anytime.

With the closest private homes more than 10 kilometres from the airport, Mr Giddings said the first rollout of 50 cabins could be constructed within a month if the plan gets the green light from the state government.

“The whole idea would be to fly people in from overseas and see them effectively walk to a quarantine area for 14 days, reducing the needs for buses,” he said.

“They would be self-contained units like Howard Springs but more modern and isolated away from other passengers or any of the public. We have a lot of land available. 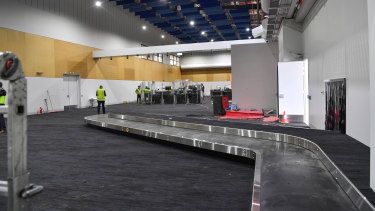 “It would also allow for easy access to Melbourne and Geelong if people needed medical attention.”

Currently, all international flights into and out of Avalon Airport are grounded, with four domestic flights a day to the Gold Coast and Sydney continuing out of a separate terminal nearby.

Mr Giddings said the plan could also allow private charter flights to land at the airport, opening up potential travel for AFL players and staff ahead of the upcoming season, or cater for international jets such as those recently refused arrival for the now-cancelled Bells Beach Rip Curl Pro.

Increasing the number of international flights arriving into Victoria would also reduce the cost to passengers, he said.

“We’re happy to work with the government on this. We’re in early discussions at the moment,” he said.

“Hopefully they can sit down with us and get this going.”

The plan comes amid another hard lockdown for Victorians after the highly infectious UK strain of coronavirus leaked out of the state’s hotel quarantine program.

There are currently 21 cases of COVID-19 in Victoria, 17 are linked to the Holiday Inn cluster, including 14 that spent time outside the hotel quarantine environment with “significant community exposure”, Victoria’s COVID-response commander Jeroen Weimar revealed on Monday. 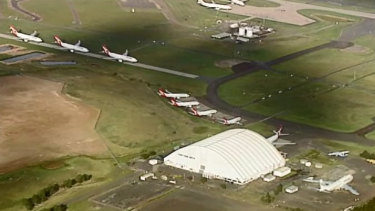 Premier Daniel Andrews confirmed on Monday that the state government was in a “number of discussions” about setting up a remote quarantine facility for Australians returning from overseas.

“No decision has been made. At some sites with very large amounts of space and an international airport located just next door, that’s obviously got some real strength,” Mr Andrews said.

“That could work well for, say, charter flights, where the Australian government can direct those flights to land wherever they choose.

“I doubt that would work quite as well for some of the commercial flights that are coming back … I expect they would want to land at Melbourne Airport. I can’t speak for them but that would be my active assumption.

“We are working on a whole range of different issues, just like [Queensland Premier] Annastacia [Palaszczuk] is working on the Toowoomba option. Hopefully we can have a productive discussion at national cabinet.”