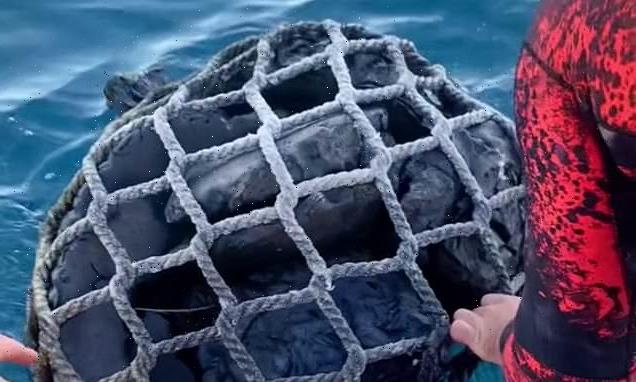 ‘Don’t even touch it – trust me’: Bloke makes a shocking discovery off the coast of Australia while on a fishing trip with mates

A fisherman claims he has discovered a bag filled with drugs in the ocean while spearfishing.

Quinn, who is from Coffs Harbour on the NSW North Coast, was out spearfishing off the coast when he came across a huge package bundled together in rope netting.

The net appeared to contain large bricks of cocaine, wrapped in black plastic.

He uploaded footage of the extraordinary find to social media.

‘If anyone needs cocaine, I have plenty,’ he wrote in the caption of the TikTok clip.

On Instagram, he joked: ‘I have inched a little closer to retirement guys!’

‘Not the prize catch I was expecting today, that’s for sure!’ 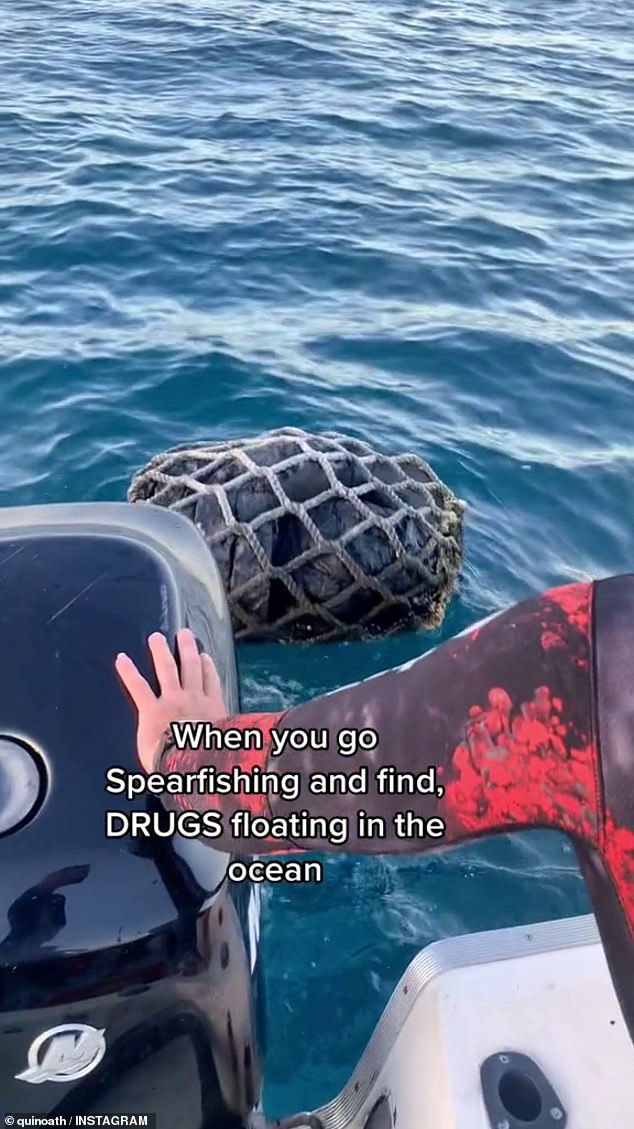 The fisherman’s discovery shadows Australia’s ‘insatiable’ love affair with cocaine, with use having exploded in the last 20 years.

NSW Bureau of Crime Statistics figures released this year showed a 12.5 per cent increase of cocaine use and possession arrests over the five years until 2020, while drugs such as ecstasy declined in popularity.

Australian Criminal Intelligence Commission suggests the nation’s base of cocaine users is ‘broadening’, with a growing social acceptability of the drug.

Drug manufacturers of cocaine in South America see Australia as a lucrative market for large exports due to its high price – about $300 a gram – on Sydney streets.

Some social media users joked about the fisherman’s shock discovery.

‘From ‘spearfishing’ to ‘line fishing’,’ wrote one.

Another said: ‘Congratulations on early retirement.’

‘We fishing for a week straight…no sleep,’ joked a third. 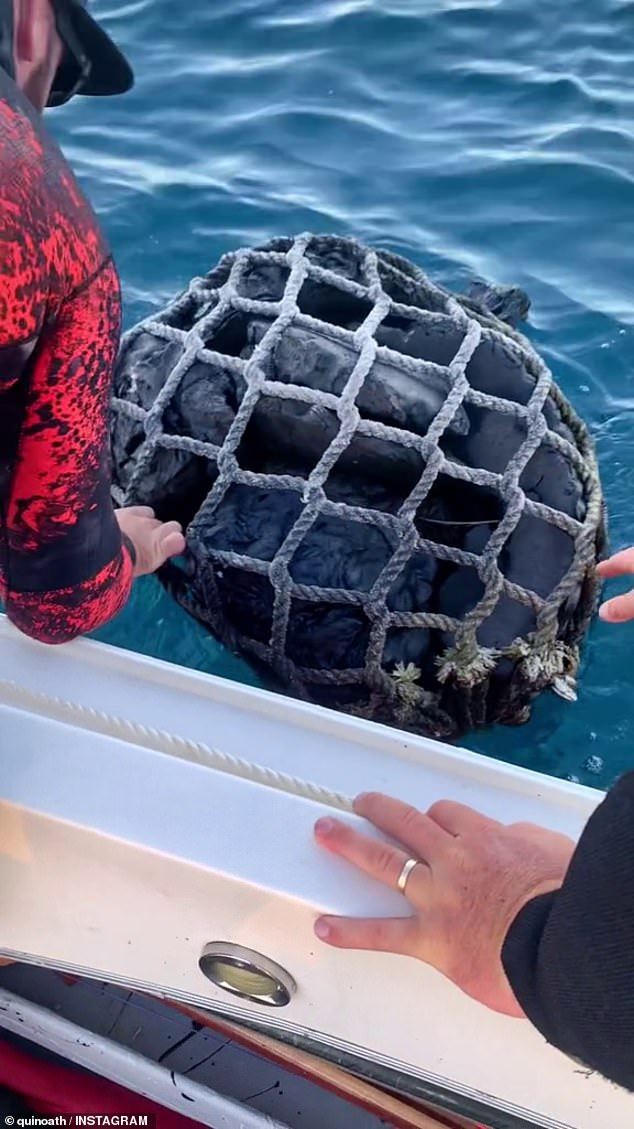 Quinn is seen pulling the package, encased in rope netting, to the side of his boat and observing it

Others cautioned Quinn about the risks of finding the batch and urged him to call police.

‘Don’t even touch it. Trust me, there’s always someone watching,’ responded one man.

‘Not even worth touching it,’ commented a second.

The TikTok clip has gone viral and amassed more than 700,000 views.