Aspiring actor is locked up for 10 years for killing pensioner, 72, by subjecting him to sustained attack before calling friends rather than an ambulance

An aspiring actor has been locked up for 10 years for killing a pensioner by subjecting him to a sustained attack before calling his friends rather than an ambulance.

Rhys Reynolds, 20, of Kingstanding, was cleared of murder but convicted of manslaughter following a trial at Birmingham Crown Court in October.

A jury was told that Mr Reynolds made a series of calls to friends, rather than summoning help for 72-year-old Tony McCorry.

Mr McCorry had spent his working life in Birmingham helping the homeless after growing up at an orphanage in Glasgow, the court heard. 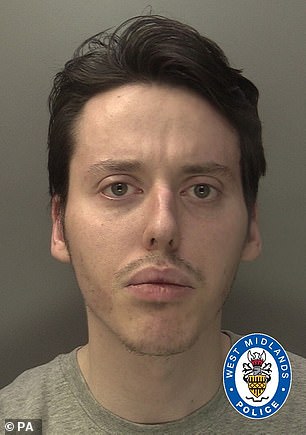 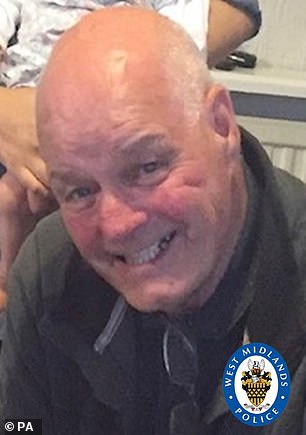 Rhys Reynolds (pictured left), 20, made a series of calls to friends, rather than summoning help for 72-year-old Tony McCorry (right) in Boldmere, Sutton Coldfield, in December last year

Judge Francis Laird QC today said the student had given the appearance of helping the victim back to his home in Boldmere, Sutton Coldfield, after their paths crossed in a nearby pub in December last year.

Less than half an hour later, Mr McCorry lay dying on his bedroom floor with serious injuries to his head, neck and chest.

Mr McCorry had been lying seriously injured for around one hour and 40 minutes before an ambulance was called, the court heard.

He was later pronounced dead at Good Hope Hospital after suffering heart failure.

Although the judge accepted that jurors had found that there was no intention to kill or cause really serious injury, he said the defendant had lied to friends, the police, and the court about what happened inside Mr McCorry’s home.

The judge ordered Reynolds, who appeared via video-link from Brinsford Young Offender’s Institution in Staffordshire, to be detained for 10 years.

He said: ‘Tony McCorry was a loving and loved father, grandfather and brother.

‘The court has heard the moving statement of his son, written on behalf of the family, remembering the good times with his father.

‘No sentence I pass today on you could begin to mitigate the devastating loss to his family caused by his death.’

The trial was told Mr McCorry was pronounced dead when paramedics arrived at his home after Reynolds phoned numerous friends, telling one the pensioner had fallen downstairs, while informing another he had struck him with an ashtray.

The pensioner, who walked with the aid of a stick, died of heart failure after suffering four fractures to his larynx, thought to have been caused by a severe grip or blows, as well as injuries to his scalp, jaw and torso.

The court heard an ambulance was summoned by a female friend of Reynolds almost two hours after he and Mr McCorry entered the pensioner’s home. 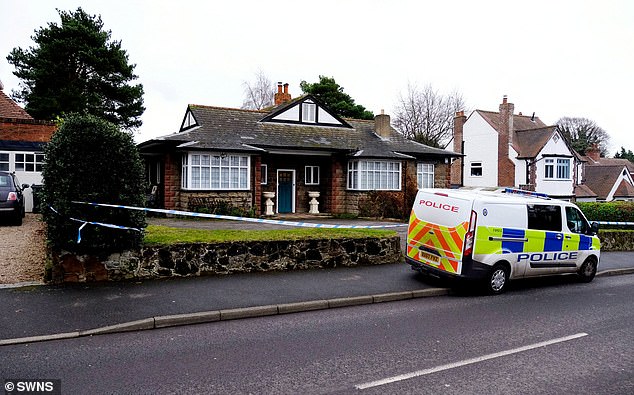 Police outside the cordoned-off property in Sutton Coldfield on December 11 last year. Mr McCorry had been lying seriously injured for around one hour and 40 minutes before an ambulance was called, the court heard

Rejecting claims that Reynolds, who has a history of mental health issues, had been attempting to defend himself, Judge Laird added: ‘You have told many lies about the events in the house.

‘What is clear is that the cause of Tony McCorry’s death was a heart attack which was brought on by the trauma he suffered at your hands.

‘Following the infliction of those injuries you remained in the house.

‘You began to make a series of calls to friends in which you gave conflicting and untrue accounts of what had happened.

‘You were told on several occasions to call an ambulance. You did not.’

The judge said the nature, number and severity of the injuries made him sure that the assault had been ‘sustained and serious’ and it would have been obvious to Reynolds that it carried a high risk of causing death.

A family victim impact statement read to the court described Mr McCorry as having an ‘independent Scottish spirit.’

The statement, written on behalf of his two sons, brother and other family members, said Mr McCorry had ‘worked with the homeless, as he once was.’

It added: ‘He chose to work towards a brighter future, rather than lament the past.’

Matthew MCcorry, one of the victim’s sons, also said in a statement: ‘My father was a lovely man. He overcame adversity to become a mild-mannered and hard working man.

‘He chose to work towards a brighter future. We loved him very deeply. The night Tony died he was doing what he enjoyed drinking in his local pub

‘We miss Tony terribly, he enjoyed having the grandchildren.’