The U.S. Capitol Police found the fatal shooting of Ashli Babbitt during the Jan. 6 riot was lawful, and the officer, whose name will remain concealed, will not be disciplined over the deadly use of force.

Babbitt, a 35-year-old California woman and U.S. Air Force veteran, was shot by a U.S. Capitol Police officer in the Speaker’s Lobby on Jan. 6. Eight months later, the U.S. Capitol Police concluded its internal investigation into the deadly use of force after interviewing multiple witnesses and reviewing all the available evidence, including video and radio calls. At the time of the shooting, the probe found, officers “had barricaded the Speaker’s Lobby with furniture before a rioter shattered the glass door.”

“If the doors were breached, the rioters would have immediate access to the House Chambers,” the U.S. Capitol Police said in a statement Monday. “The actions of the officer in this case potentially saved Members and staff from serious injury and possible death from a large crowd of rioters who forced their way into the U.S. Capitol and to the House Chamber where Members and staff were steps away.”

The department’s Office of Professional Responsibility (OPR) “determined the officer’s conduct was lawful and within Department policy, which says an officer may use deadly force only when the officer reasonably believes that action is in the defense of human life, including the officer’s own life, or in the defense of any person in immediate danger of serious physical injury.” 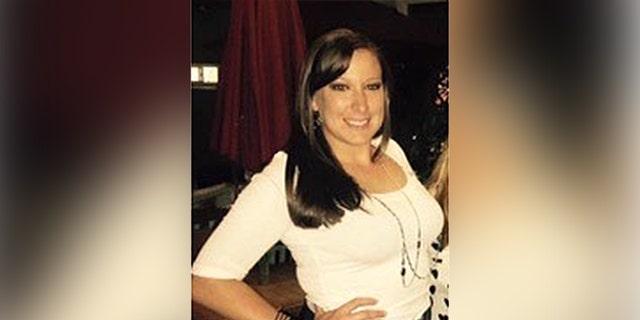 An attorney for the family of Ashli Babbitt said they will sue the Capitol police and the officer who shot her during the Jan. 6 riot inside the Capitol.

“The officer in this case, who is not being identified for the officer’s safety, will not be facing internal discipline,” the department said in its statement. “This officer and the officer’s family have been the subject of numerous credible and specific threats for actions that were taken as part of the job of all our officers: defending the Congress, Members, staff and the democratic process.”

In an email announcing the decision, the Justice Department described how Babbitt “was among a mob of people that entered the Capitol building and gained access to a hallway outside ‘Speaker’s Lobby,’ which leads to the Chamber of the U.S. House of Representatives.”

Police were evacuating lawmakers from the chamber at the time, as “the mob was trying to enter from multiple doorways,” prosecutors said. The officers used furniture to try to barricade the glass doors separating the hallway from the Speaker’s Lobby to try to stave off the rioters, who kept trying to break through those doors, smashing the glass with flagpoles, helmets and other objects.

“Eventually, the three USCP officers positioned outside the doors were forced to evacuate,” the DOJ said. “As members of the mob continued to strike the glass doors, Ms. Babbitt attempted to climb through one of the doors where glass was broken out. An officer inside the Speaker’s Lobby fired one round from his service pistol, striking Ms. Babbitt in the left shoulder, causing her to fall back from the doorway and onto the floor.”

Video clips posted online depict Babbitt, wearing a stars and stripes backpack, stepping up and beginning to go through the waist-high opening of an area of the Capitol known as the Speaker’s Lobby when a gunshot is heard. She falls backward. Another video shows other unidentified people attempting to lift Babbitt up. She can be seen slumping back to the ground.

Babbitt was rushed to Washington Hospital Center, but could not be saved.

The conclusion of the internal probe Monday comes after Terry Roberts, a lawyer hired by Babbitt’s family who specializes in police misconduct cases, reportedly said he does not believe the officer gave verbal warnings and “ambushed” Babbitt by shooting her inside the U.S. Capitol on Jan. 6.

“It’s a false narrative that he issued no verbal commands or warnings. He was screaming, ‘Stay back! Stay back! Don’t come in here!'” he told Real Clear Investigations.

Fox News’ Chad Pergram, Brie Stimson and Stephanie Pagones, as well as the Associated Press, contributed to this report.