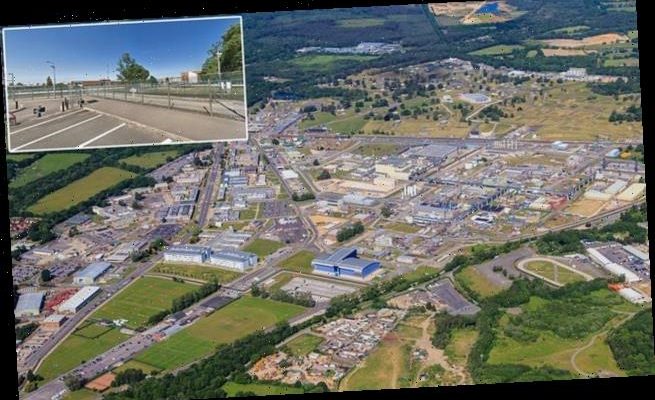 Armed police guarding nuclear bomb factory lose 1,000 bullets which fell out of the back of an MOD van while driving down a 60mph road

An investigation is underway after 1,000 rounds of live ammunition fell off the back of a van travelling at 60mph and spread over a country lane.

The incident saw 9mm bullets roll from the rear of an unmarked MoD police vehicle on Monday afternoon as it was being transported from the Atomic Weapons Establishment at Burghfield, Berkshire, to a nearby site in Aldermaston.

A civilian passing by alerted police by calling 999 after they noticed the bullets strewn across a lane near the site where nuclear warheads for Britain’s Trident submarines are assembled, reports The Sun. 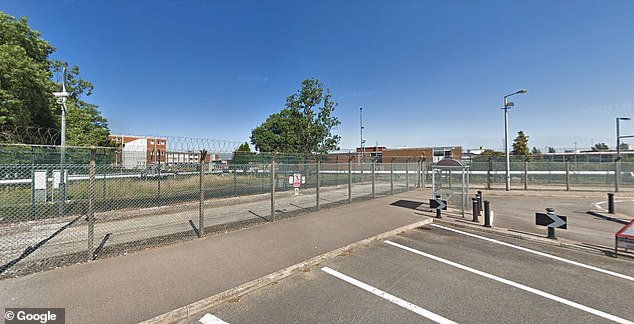 The ammunition was being transported from the Atomic Weapons Establishment (pictured) at Burghfield, Berkshire, to a nearby site in Aldermaston

Sniffer dogs were then used to search for and recover the bullets in the cordoned off area, with a handful of bullets remaining unaccounted and the search set to continue.

An MOD spokesperson said: ‘We can confirm that a quantity of small calibre ammunition fell from a Ministry of Defence Police vehicle while in transit on Monday afternoon.

‘We immediately took steps to recover the ammunition and quickly accounted for the vast majority of rounds. 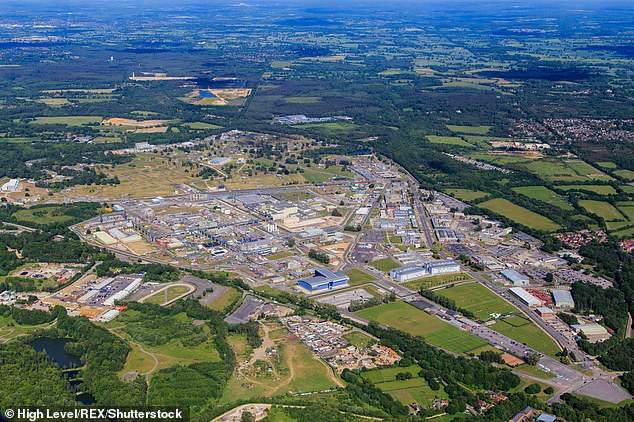 Atomic Weapons Establishment, Burghfield, the 225-acre site in Berkshire where warheads for the Trident submarines are assembled

‘All necessary measures to ensure the safety of the public have been taken and work continues to recover the remaining few rounds.’

A source told The Sun: ‘ The ammo tin must have kind of erupted when it hit the tarmac. The bullets went everywhere – the road, verges, into brambles.

‘There’s a big investigation on. Heads will roll.’