It was in the wake of the resounding re-election of Daniel Andrews’ Labor government in November 2018 that the former Coalition prime minister, John Howard, christened Victoria “the Massachusetts of Australia”. Coming from Howard, this characterisation of Victoria was meant less as a compliment than a consolation message for the local Liberal Party in the context of its continuing record of under performance in the state. In other words, he was comforting Liberals by saying that Victoria was simply unamenable to the party’s conservative values. 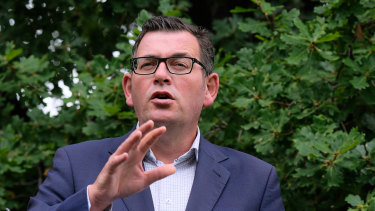 Premier Daniel Andrews led Labor to a resounding re-election in Victoria in 2018.Credit:Getty

Whatever Howard’s intention, it is true enough that Victoria, like Massachusetts historically in the United States, has emerged as the nation’s heartland of enlightened progressive politics. In fact, we might go even further to say that under Andrews’ leadership the state has become a kind of laboratory for social democratic experimentation in Australia.

Evidence abounds of the quiet (or perhaps not so quiet) revolution being unleashed by the Andrews government. Consider the gargantuan public works program that it has instigated since coming to office in 2014. Given the public relations appellation of ‘Victoria’s big build’, that program encompasses a dizzying suite of projects. They include the removal of scores of level railway crossings, the Melbourne metro railway project, an airport rail link, a suburban rail loop, and an array of road extensions and upgrades headed by the West Gate tunnel and North East link projects. Victorians are constantly reminded of this building frenzy when travelling around Melbourne and the state’s regions.

Yet it is not just the scale of the infrastructure investment that is striking, but the way in which the government is financing it. The Andrews administration is interring the nostrums of neoliberalism under a mountain of public debt. It is unashamedly a big government regime. 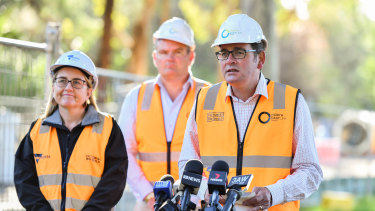 The Andrews government has instigated a gargantuan public works program since coming to office in 2014.Credit:Joe Armao

Then there is Labor’s adventurous social reform agenda. The Andrews government has burnished its progressive credentials through a raft of measures. For example, establishing the state’s first drug injecting room, strongly supporting the Safe Schools program, appointing a Royal Commission into Family Violence, legislating protection zones around abortion clinics and, most recently, banning LGBTIQ+ conversion practices. In addition, following an attempt by the Northern Territory to legalise euthanasia in the 1990s – a move thwarted by the Howard government – under the Andrews government Victoria became the first Australian jurisdiction to successfully introduce a voluntary assisted dying regime in 2017.

Perhaps most fascinating of all the initiatives being currently pursued by the Andrews government is its pioneering of a process for concluding a treaty with the state’s Indigenous communities. Since 2019 an elected First Peoples’ Assembly has been in place that is invested with the responsibility for creating the framework for treaty negotiations. Only this week, as part of the treaty process, the government announced a ‘truth-telling’ commission. This body will inquire into injustices committed against First Peoples dating back to the earliest days of colonisation and may investigate the potential for reparations being paid to Indigenous Victorians to make amends for historical wrongs. These steps sharply contrast with the federal Coalition government’s decision to spurn proposals contained in the 2017 Uluru Statement from the Heart by Indigenous Australians for a treaty and a truth-telling commission. 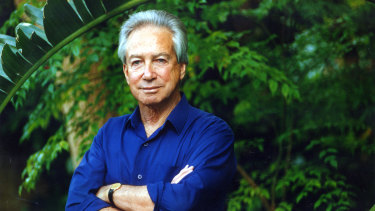 Plenty of questions hang over the Andrews government’s reformist mission. Will it, for example, be able to land all the infrastructure projects and what will be their long-term economic and social costs? And will it, for instance, succeed in completing a treaty with the state’s Indigenous peoples and, if so, what will be the tangible effect?

Yet at this point in time there seems little question that Andrews is well on his way to being not only the state’s most significant premier this century, but its most impactful reformist leader since John Cain, whose government profoundly modernised Victoria in the 1980s. That is quite an accomplishment.

Paul Strangio is an associate professor of politics at Monash University.