FIFTEEN states are currently seeing coronavirus infection numbers increase over a fortnight with the majority of them having minor restrictions for reopening, data shows.

All 50 states have now lifted Covid-19 lockdown measures to varying degrees by allowing some businesses to reopen — as infections nationwide increased to 1.5 million and deaths rose to more than 96,000. 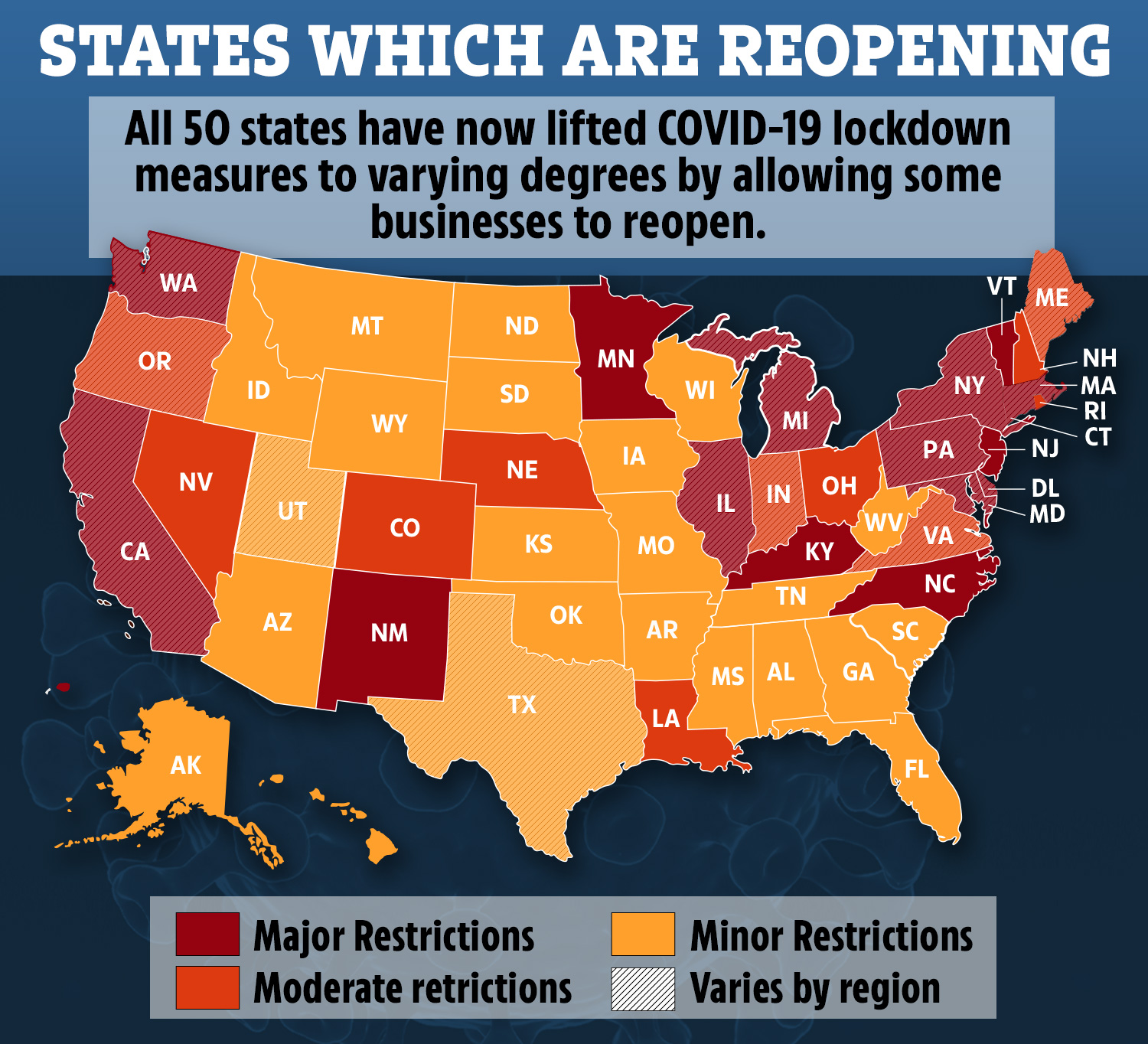 Among the 15 states seeing an upswing in coronavirus infections are Arkansas, which has seen a 136 per cent increase, North Dakota 47 per cent and South Carolina 34 per cent.

These and the other states have reopened with some of the least restrictive guidelines in the US for reopening.

This includes allowing gyms, restaurants plus barbers and salons to open their doors again.

Minnesota has seen a 12 per cent increase, North Carolina 49 per cent, while Michigan and California have increased by 10 per cent.

But states with the strictest guidelines in place for reopening, for example restaurants, gyms and personal care services remaining largely closed have seen falls infection numbers.

'WE'RE NOT GOING TO CLOSE THE COUNTRY AGAIN'

According to data compiled by the Covid Exit Strategy, Washington state has seen a 62 per cent fall while New York and New Jersey fell by 41 per cent.

The president made the comments during a tour of Michigan's Ford manufacturing plant yesterday.

When asked if he was concerned about a potential second wave of the virus, Trump told reporters: "People say that’s a very distinct possibility. It's standard. And we're going to put out the fires.

"We're not going to close the country. We’re going to put out the fires.

"Whether it’s an ember or a flame, we’re going to put it out. But we’re not closing our country." 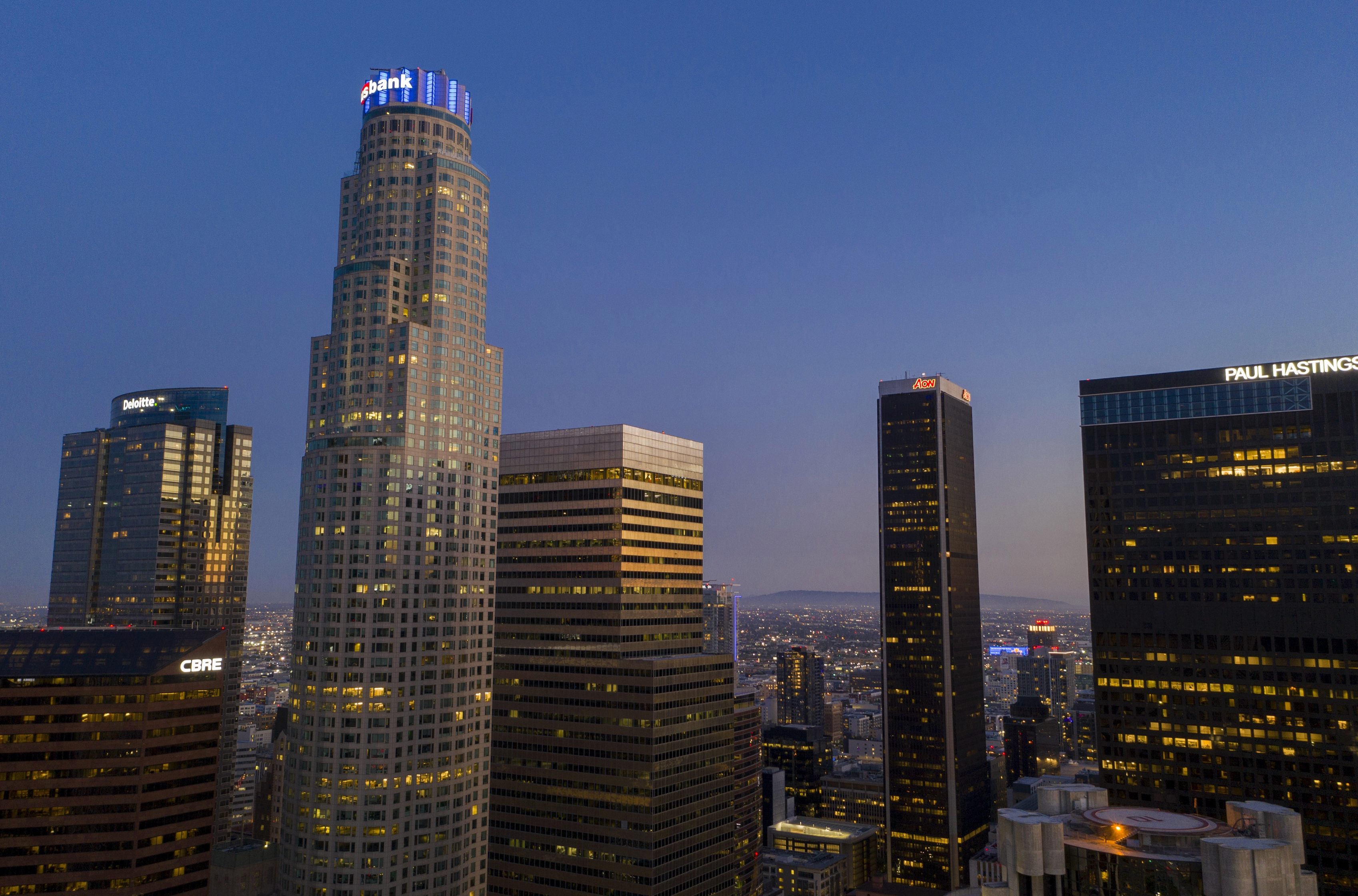 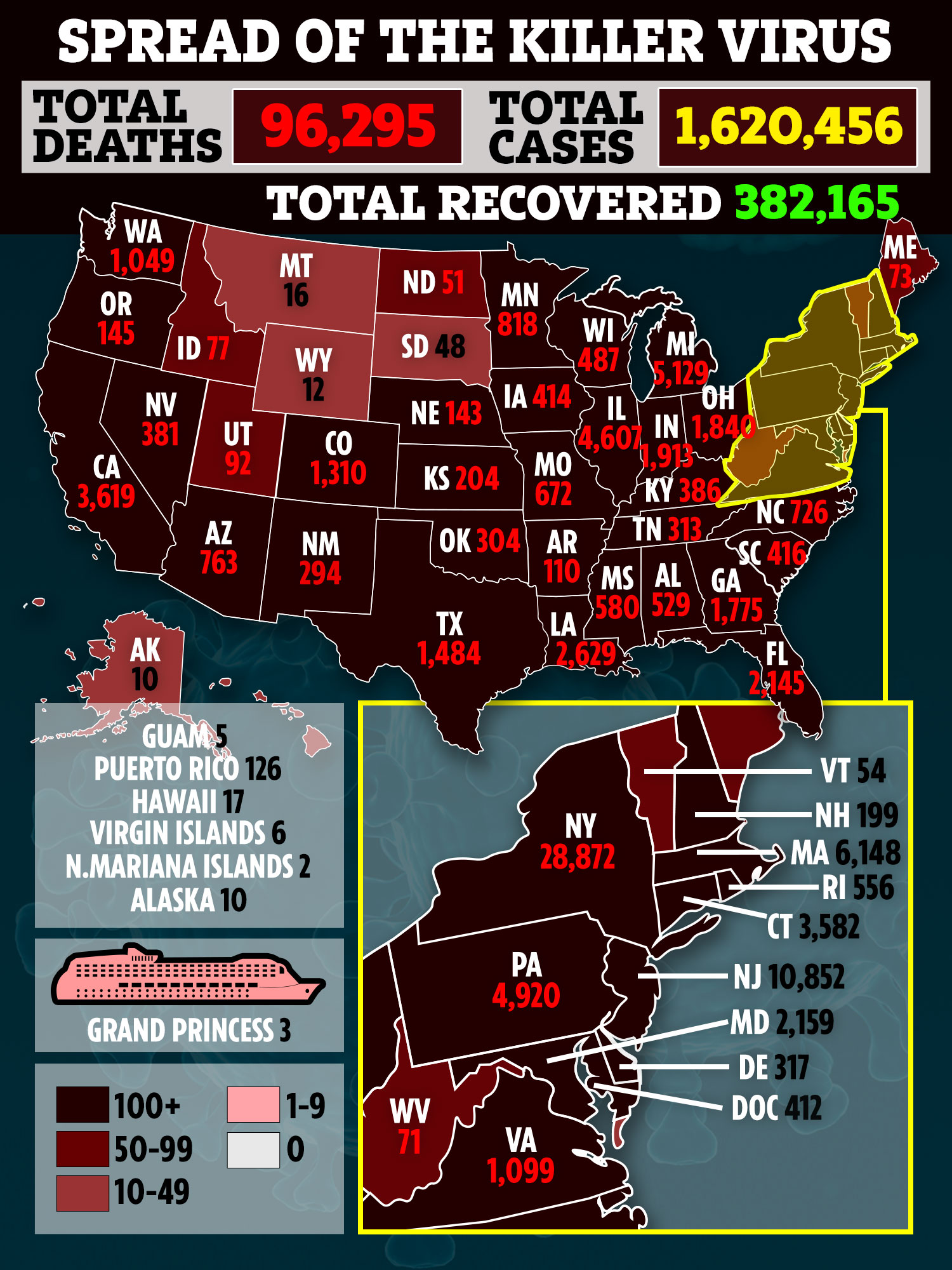 Coronavirus lockdowns have sparked huge protests across parts of the country, with some Americans desperate to get back to work and for life to return to normal.

Michigan has seen some of the largest protests, where first-term Democratic Gov. Gretchen Whitmer has angered locals and Trump with her strict stay home orders in the state to mitigate the spread of COVID-19.

Last month, cops came to Whitmer's aid after an armed militia tried to storm the Michigan House of Representative chamber ahead of her lockdown extension.

Despite the mass protests, Whitmer decided to continue the stay-at-home order through May 28.

Just hours after the president made the comments, he announced the country will go into three days of mourning for the coronavirus victims.

A forecast from the University Of Pennsylvania's Wharton School model, predicts nearly 4.3 million cases and 230,000 deaths by July 24 if states reopen but people fail to keep to social distancing.

Meanwhile, a separate model from the UMass Influenza Forecasting Center of Excellence is projecting that deaths will surpass 113,000 by mid-June. 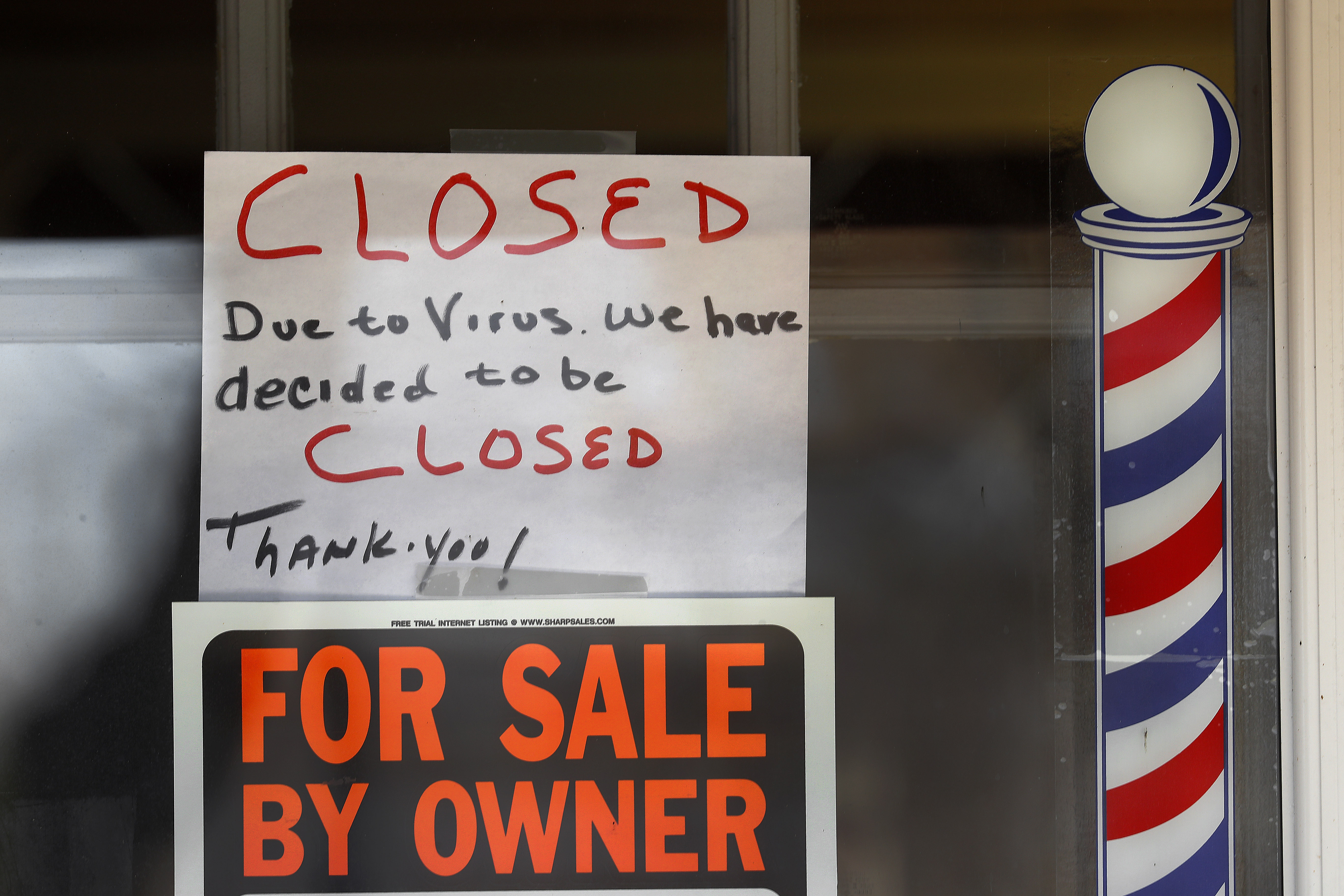