CHILDBIRTH is the most natural thing in the world – and there's no doubt it's pretty extraordinary.

While many are familiar with the changes the mother's body goes through to get ready for labour, you may be surprised by how much the baby adapts too. 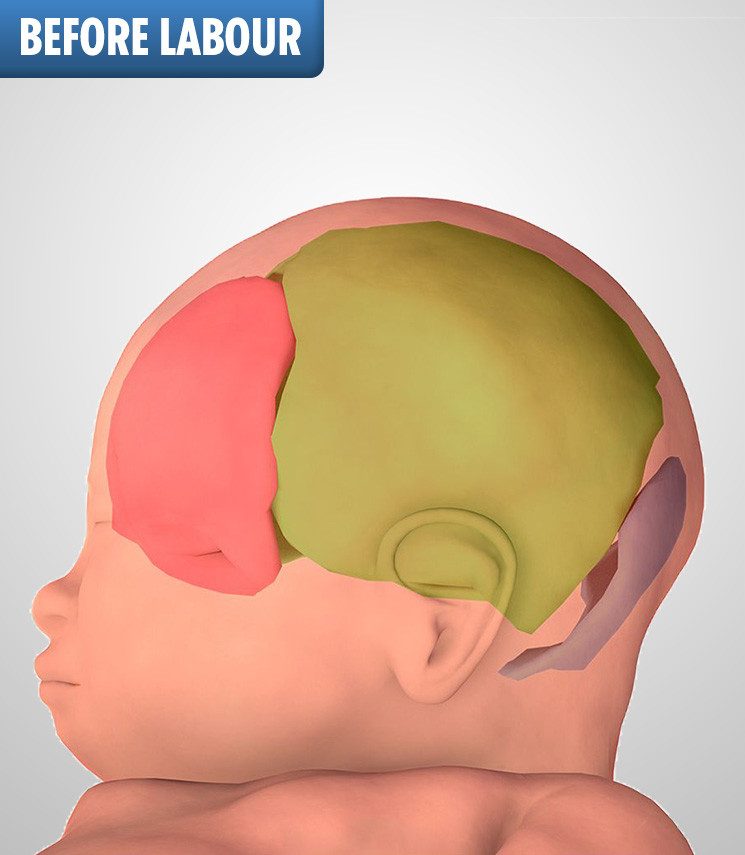 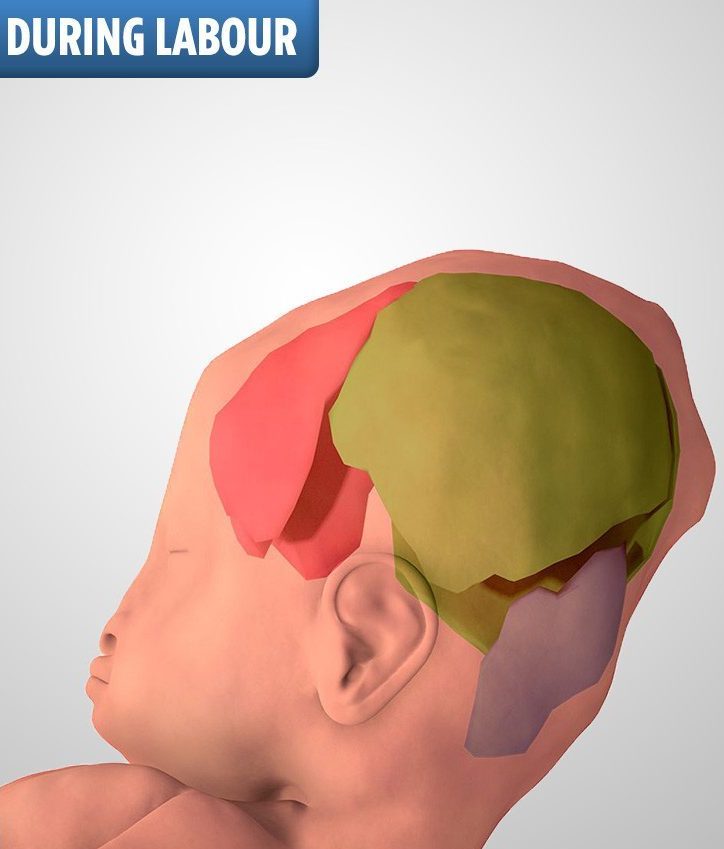 But these amazing new 3D images show how infants' heads adapt as they move through the birth canal just before delivery.

These changes occur during the second stage of labour, when the baby leaves the uterus and moves through the birth canal.

However, the details of fetal head moulding remain unclear, and only one prior study has captured images of this process.

But now scientists from the Auvergne University in Clermont Ferrand, France, have captured in detail how the head changes before and during the second stage of labour.

Their analysis, published in the journal PLOS ONE, revealed all of the infants went through fetal head moulding, with different parts of the skull overlapping to varying degrees.

After birth, fifth of the newborns' skull and brain shapes returned to their pre-birth state, but the changes persisted in two of the infants.

Two of the three infants with the greatest degree of fetal head moulding were delivered by emergency C-section, but the third was delivered vaginally with minimal expulsive efforts. 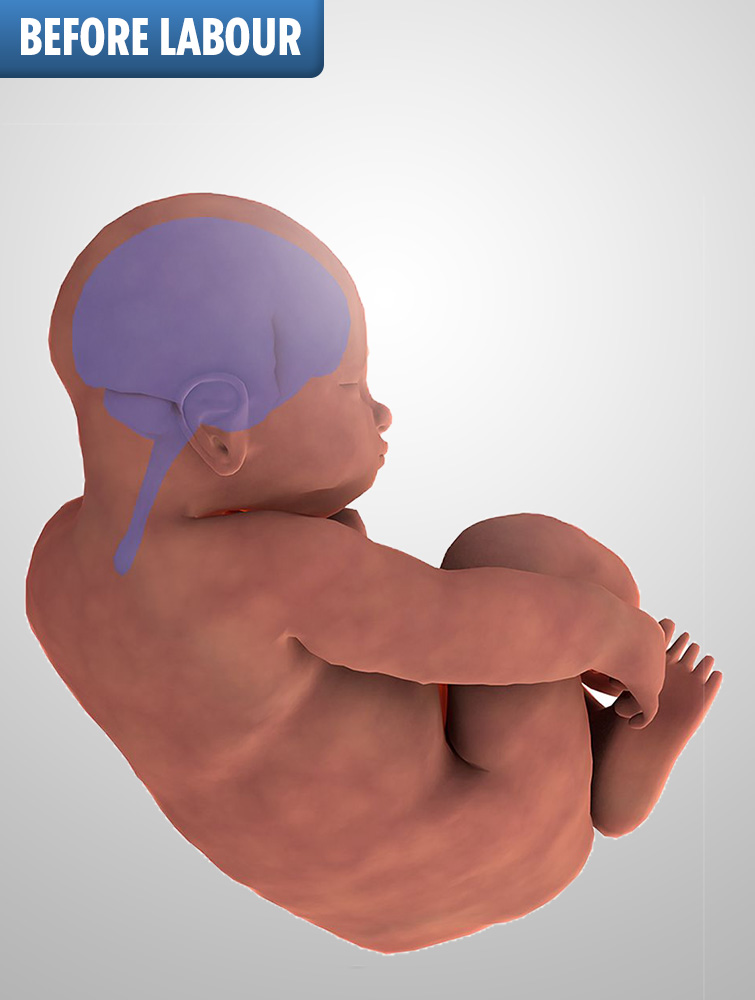 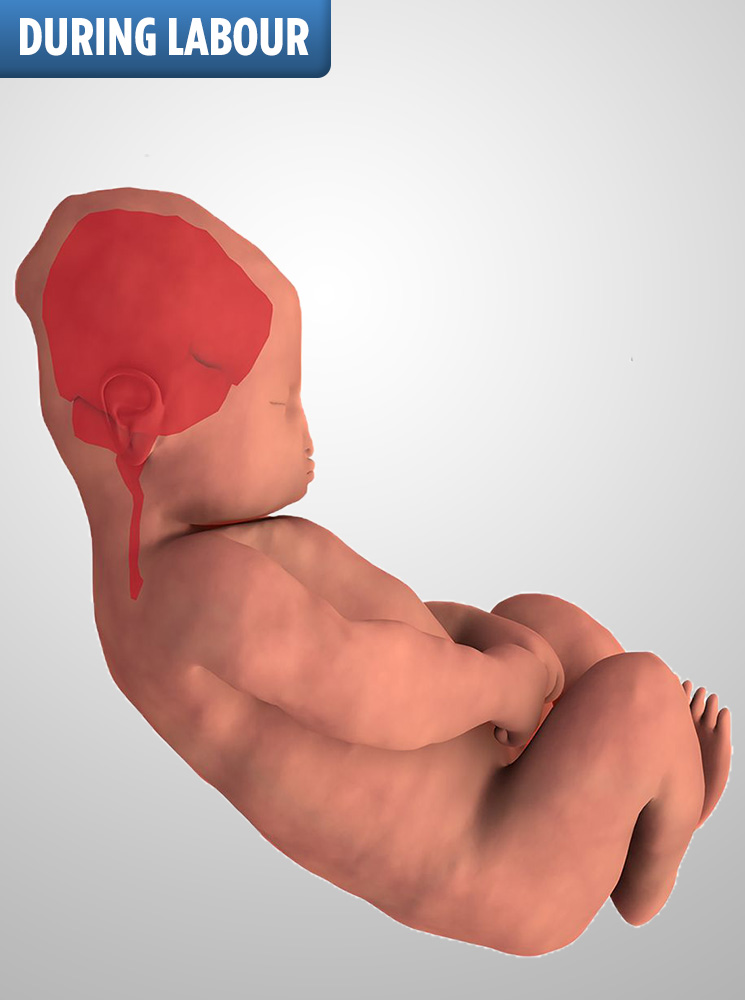 Dr Olivier Ami, who led the team, saud: "During vaginal delivery, the fetal brain shape undergoes deformation to varying degrees depending on the degree of overlap of the skull bones.

"Fetal skull moulding is no more visible in most newborns after birth.

"Some skulls accept the deformation and allow an easy delivery, while others do not deform easily."

The team say it could potentially underlie the asymptomatic brain and retinal bleeding seen in many newborns after vaginal delivery.

They note that a larger study is needed to confirm their findings, but that their work demonstrates the value of 3D MRI in capturing fetal head moulding.