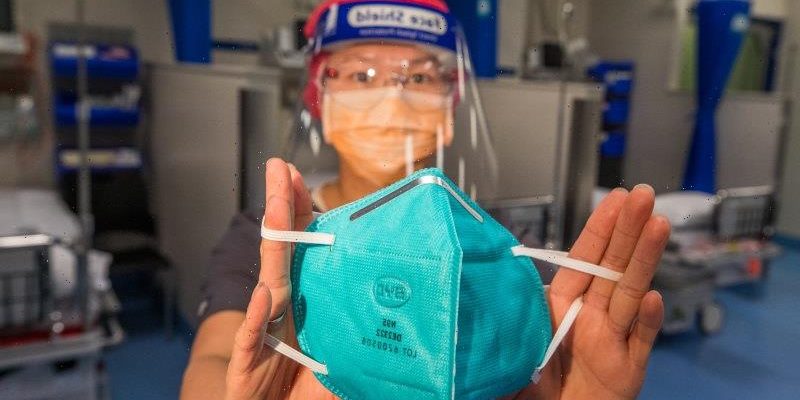 Leading infection-control experts say they are frustrated and angry about a federal government panel’s reluctance to accept the dangers of airborne spread of COVID-19, warning it is putting frontline workers and the community at risk.

A controversial recommendation from the Australian government’s Infection Control Expert Group (ICEG) allows surgical masks with protective eyewear to be used in the routine care of patients with suspected or confirmed COVID-19, and those in quarantine, rather than fitted N95 masks. 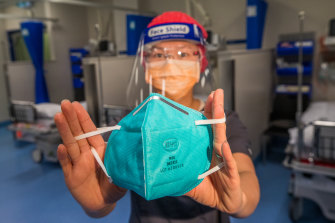 Australian Society of Anaesthetists president Dr Suzi Nou holds an N95 mask, which are required in Victoria for hotel quarantine staff and other frontline workers. Other states they are still using surgical masks and face shields.Credit:Jason South

That has raised the ire of other experts, who say it has led to some hotel quarantine staff being given just surgical masks to protect them. They argue this approach is ineffective at shielding staff from the disease.

The dispute between some of Australia’s foremost infection-control experts has spilled onto social media, with Burnet Institute professor Mike Toole replying to a tweet from federal government adviser Dr Nick Coatsworth that praised Australia’s hotel quarantine system: “14 leaks in 5 cities in 5 months is not just a few. It’s negligence and ICEG is responsible,” Professor Toole wrote.

“They’re designed to protect someone else from the droplets you put out when you talk and breathe,” Dr Khorshid said.

“The idea that this could protect you against a highly transmissible and dangerous virus is just simply wrong. It has been from the start, and now we have good evidence.”

Despite mounting evidence suggesting the coronavirus is airborne, Dr Khorshid said there had been a reluctance to acknowledge the airborne spread of the virus, slowing reforms to make hotel quarantine safer. He questioned what further evidence was needed.

Dr Khorshid said people had been infected in Victoria’s aged care homes and hospitals because of inadequate protective equipment being provided.

“We’ve now seen multiple breaches in our hotel quarantine facilities in Australia and New Zealand, which can only be explained by airborne spread, and yet we still don’t have [national] guidelines that protect workers properly,” he said.

Medical journal The Lancet recently published an article providing 10 scientific reasons to support airborne transmission of COVID-19, and cited transmission between people in hotel quarantine who never had direct contact.

Professor Toole said there had now been “many, many” studies suggesting airborne transmission of coronavirus, including from a super-spreading event at a western Sydney church, where an asymptomatic chorister was thought to have spread virus particles up to 14 metres to members of the congregation.

“People are very angry,” he said of the reaction from many in the infectious disease sector to the Infection Control Expert Group guidelines. “They’ve had enough.”

A tweet from ICEG member Professor Peter Collignon repeating the advice that surgical masks and protective eyewear could be used during routine care of patients with COVID-19 has also attracted criticism, including from the head of Victoria’s Health Department, Professor Euan Wallace, who appeared to suggest the ICEG advice was “not in keeping with Victorian healthcare standards and guidance either”.

Professor Collignon later told The Age and The Sydney Morning Herald that based on the experience of NSW’s hotel quarantine system, it seemed rare that people had contracted coronavirus while wearing a surgical mask and eye protection.

“Do you get any more protection with a N95 mask in that situation?” he asked. “I think the short answer is we don’t know. Studies from before when they have looked at influenza, in real life, have shown that basically you don’t get any extra protection from N95 masks versus wearing surgical masks.

“Aerosols can transmit COVID. And probably in the community, it’s just that I don’t think they do it relatively all that often. Because we would see a lot more COVID cases if it did.”

In February, Melbourne’s Holiday Inn outbreak led to a wider adoption of N95 masks – which are closely fitted to a person’s face and filter out any airborne particles – in Victoria’s hotel quarantine system, after it was revealed most staff, including some infected in the cluster, were relying on a surgical mask and face shield. 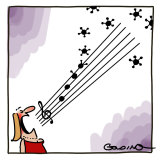 But Dr Khorshid said he believed most other states were still not providing airborne protection to workers.

Staff working at quarantine hotels in Perth, the centre of the latest leak from sites housing people who have returned from overseas, are not given N95 masks except for during aerosol-generating procedures, according to the WA Health Department, which said the masks were “determined to not be a current requirement”.

Australian Institute of Occupational Hygienists president Kate Cole said members of the Infection Control Expert Group were on their own island and out of touch with modern science.

”What is happening now is that there’s just study after study in the literature confirming that COVID is airborne spread, and ICEG seems to be on an island, and they’re not veering away from their original perspective …

“It does put them out of touch with modern contemporary science, which is why they are appearing to be losing support in the medical or the scientific community.”

A federal Health Department spokesman said the Infection Control Expert Group had since the beginning of the COVID-19 pandemic consistently recognised the potential for transmission of COVID-19 aerosols in specific circumstances.

“The ICEG regularly reviews its advice to reconsider recommendations if the available evidence, or circumstances, change and continues to work with the Clinical Evidence Taskforce,” the spokesman said.