Aeroflot’s station chief in London has been arrested in Moscow accused of spying for Britain.

Dmitry Fedotkin, 39, ‘is suspected of passing information of a secret nature to the UK intelligence service, while being an employee of Aeroflot in the UK,’ said an informed source in Russia. 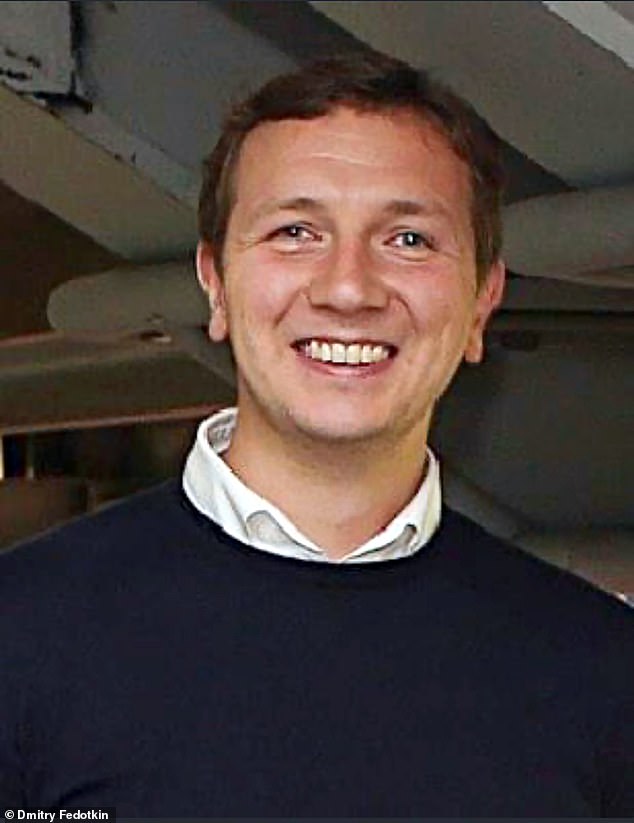 Aeroflot’s station chief in London, Dmitry Fedotkin, 39, (pictured) has been arrested in Moscow accused of spying for Britain 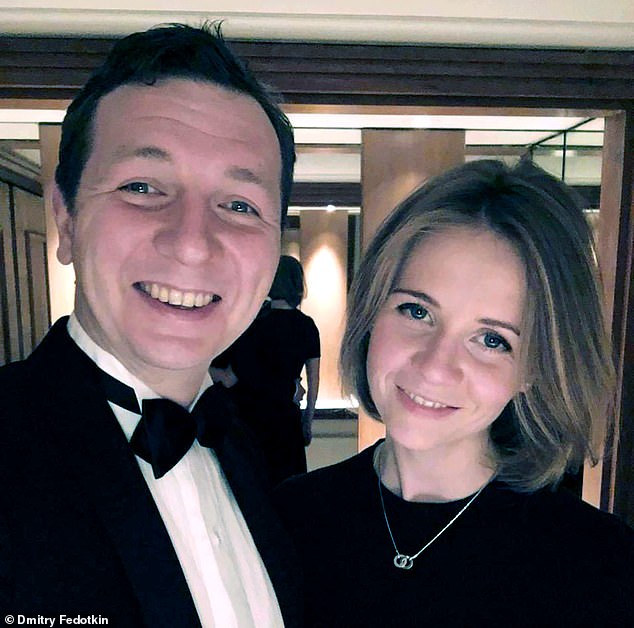 The married father of one, pictured with his wife Liubov, is said to be suspected of passing secret information to the UK intelligence service

Fedotkin, a married man, has been the Russian state airlines’s country manager in Britain since October 2015, three years after being posted to work for the company in Britain.

Flag carrier Aeroflot said it had ‘no information’ on his arrest on a trip back to Moscow.

The Russian Criminal Code article on high treason concerns the sharing of information constituting a state secret by a Russian citizen with a foreign state, international or foreign organisation.

Fedotkin was detained for two months at Moscow’s Lefortovo Court in connection with the high treason case – if convicted he faces up to 20 years in jail. 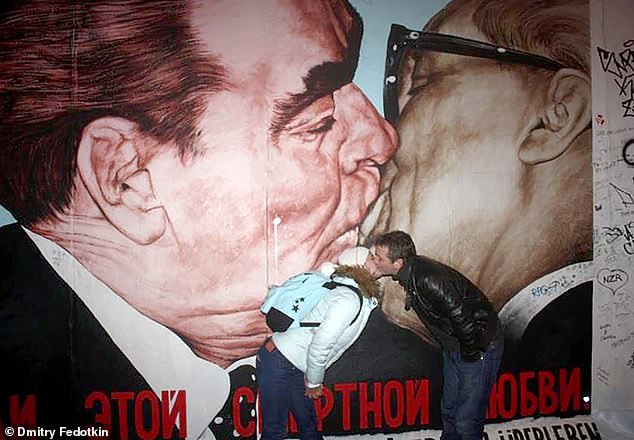 Fedotkin has been the Russian state airlines’s country manager in Britain since October 2015. Pictured: Dmitry and wife Liubov kissing beneath a Soviet-era poster showing a ‘fraternal kiss’ between USSR leader Leionid Brezhnev and his East German counterpart Erich Honecker 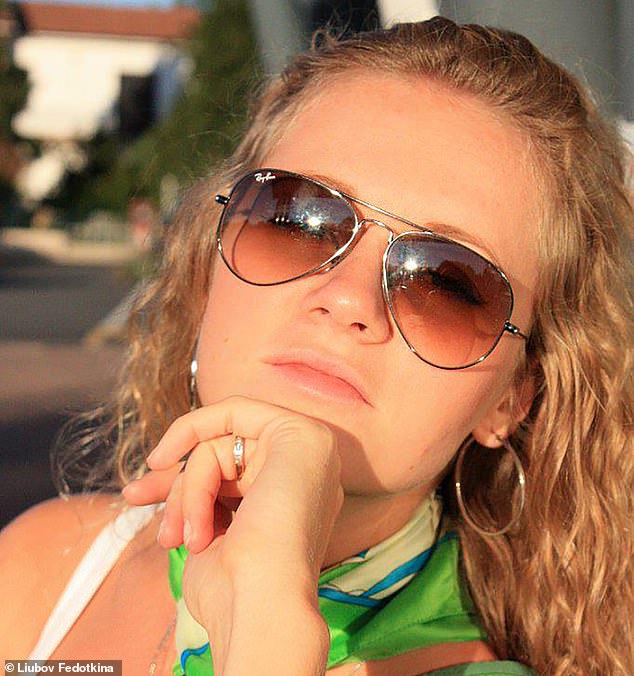 As a result of the charges, Fedotkin was detained for two months at Moscow’s Lefortovo Court and if he is convicted he could face up to 20 years in jail. Pictured: Dmitry Fedotkin’s wife Liubov

No details have been disclosed about the precise allegations against him.

Announcing the two month period of pretrial detention, court spokesperson Darya Rozmakhova said a judge had ‘ruled to impose a restrictive measure in the form of arrest until January 10, 2021 on Dmitry Andreyevich Fedotov.’

Fedotkin, married to Liubov, was well-known to regular passengers on the London-Moscow route.

The couple are believed to have one child, a son born in 2011. 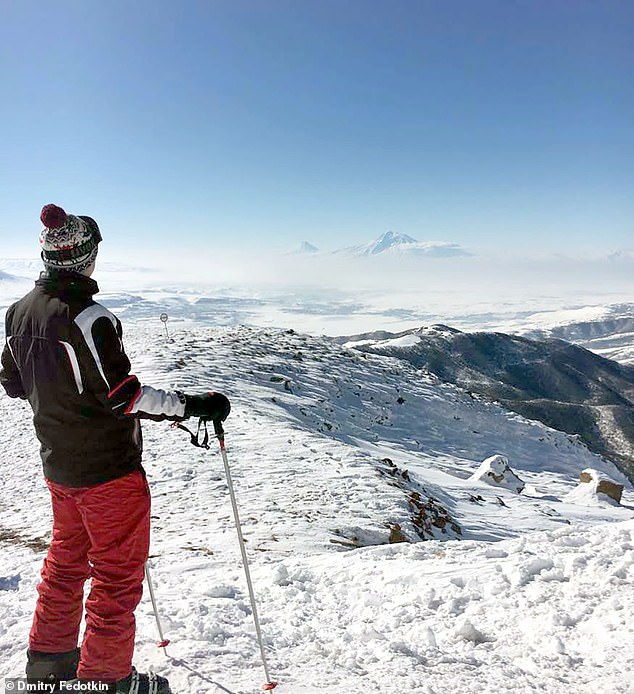 When contacted, the state ariline Aeroflot said it had ‘no information’ on Dmitry Fedotkin’s  (pictured) arrest while on a trip back to Moscow 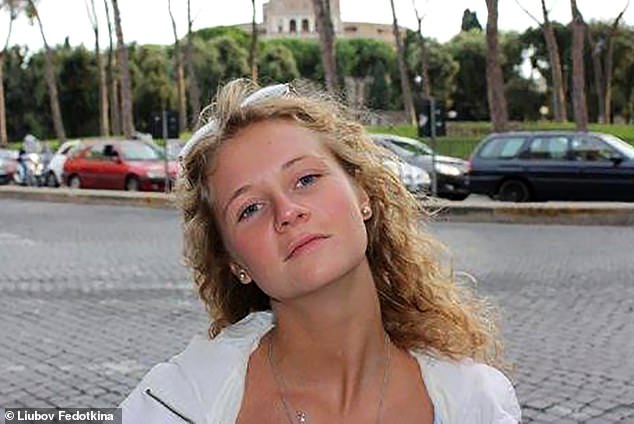 Dmitry, who is believed to have one son with wife Liubov (pictured), was well-known to passengers who used the London to Moscow route

An image shows the pair kissing beneath a Soviet-era poster showing a ‘fraternal kiss’ between USSR leader Leionid Brezhnev and his East German counterpart Erich Honecker.

Fedotkin has worked for Aeroflot for 16 years and his CV shows he was previously posted in Cyprus.

He graduated from Moscow State Technical University of Civil Aviation in 2004 with an engineering degree as a specialist in transport radio equipment.