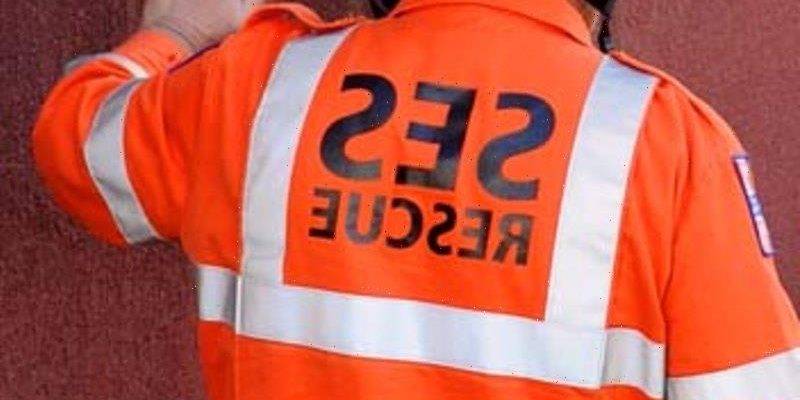 Victoria’s State Emergency Service has taken almost 10,000 calls for assistance in the past week after wild storms brought down trees and powerlines across the state on Friday.

More than 1000 calls were made in the past 24 hours as heavy rain caused flash flooding and left motorists stranded in parts of Victoria.

Almost 7000 calls over the past week were related to fallen trees and more than 2000 to damaged homes and businesses.

About 8000 properties, predominantly in Melbourne’s east and south-east, remain without power almost a week after strong winds downed trees and power lines, resulting in power outages for more than 500,000 households.

The Mornington Peninsula has been one of the hardest-hit areas over the past week, with Frankston, Sunbury, Rye, Mount Eliza, Mornington and Seaford among the busiest suburbs for call-outs.

Overnight storms caused flooding to St Arnaud, north-west of Bendigo, with about a dozen homes affected. Images shared by the service on social media showed roads covered by floodwater and water entering homes.

The Bureau of Meteorology estimated up to 40 millimetres of rain had fallen between eastern Wimmera and the state’s central districts since 9am on Wednesday. St Arnaud bore the brunt of the front, recording readings of 87 millimetres of rainfall.

Parts of Melbourne also experienced minor flooding and building damage, with areas of the city receiving more than 50 millimetres of rain on Wednesday.

An advice-level flood warning remained in place for the Yarra River catchment near Healesville on Thursday amid fears river surges could bring minor flooding to low-lying areas and bicycle paths.

Residents in Charlton Town were also told to watch out for floods after minor surges were reported at Yawong Weir on Thursday morning following between 35 and 45 millimetres of rain on Wednesday.

A weather bureau spokeswoman urged people to watch out for trees in areas affected by storms, as they might be unstable, and to make sure their property was safe.

“If your request is not an emergency, a gardener, arborist or skilled tradesperson may be able to assist with your needs which frees up the SES to assist those that need priority help,” she said.

More than 135 SES have been deployed to help Victorians in the past week.

Get a daily update on the climate summit that will shape our future. Sign up to our Clear Air newsletter here.