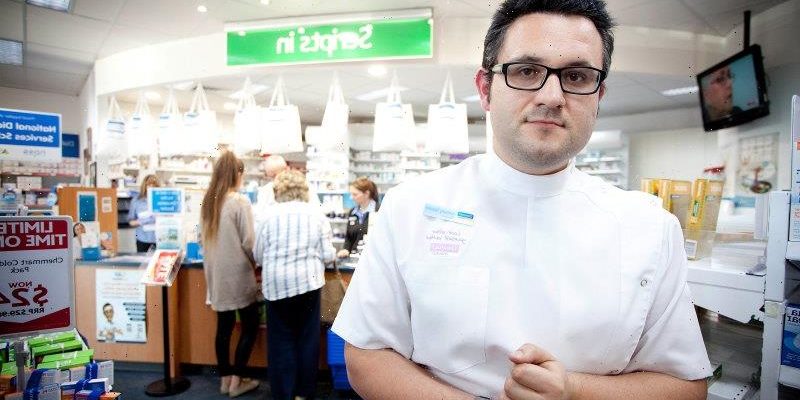 Pharmacist Anthony Tassone was about to give another COVID-19 vaccine on a busy Wednesday this month when his patient turned to him, with a serious question.

“What’s it gonna take for you to pour that down the drain and not give it to me?” 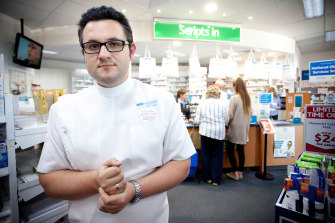 It was his first attempted bribe from a customer – she offered $1000 to falsify her vaccine record. But it was by no means his first encounter with the hesitant and reluctant that make up some of the “long tail” of Australia’s vaccination rollout.

The president of the pharmacy guild in Victoria said he responded by asking the woman in her 40s if she had any particular questions about the vaccine. When she swore at him, calling him greedy, he changed tack.

“I said ‘look, this needle is going in someone’s arm, either yours or the next person’s, so you either roll up your sleeve, or you get out’.”

About 15 minutes later, the woman quietly walked out of the Melbourne pharmacy with that vaccine in her arm.

As Australia surpasses a first dose rate of more than 86 per cent, and higher in jurisdictions such as Victoria (90.2 per cent) and NSW (93 per cent), doctors and pharmacists say that the discussions that they are having with patients still yet to receive their first vaccine dose are becoming more challenging.

These include people reluctantly getting vaccinated to keep their jobs in the face of sweeping vaccination mandates, or those who hadn’t planned on having the jab, but now realise they will have to to do the things they want, like go to the pub.

Vaccine uptake expert Margie Danchin said while access remains a real issue for some groups with much lower overall coverage, including people with a disability, improved supply and delivery now meant hesitancy was more of an issue overall.

Only roughly 8 per cent of the population are estimated to be staunch anti-vaxxers, leaving more than a million unvaccinated Australians who still may be able to be reached.

In May, at the height of public concern about AstraZeneca’s rare side effect, the number of Australians who were either unsure or were unwilling to be vaccinated was at 35.55 per cent, according to the Melbourne Institute’s vaccine hesitancy tracker. That has now dropped to 13.3 per cent, including 6.4 per cent who “don’t know” if they will have the vaccination, suggesting their minds are yet to be made up.

Associate Professor Danchin, who has been seconded to assist the Victorian Health Department to help reach those still yet to be fully vaccinated, said the key thing health providers needed to do when they talked to the very vaccine hesitant was to build trust and rapport.

“If there’s any conflict, the conversation will be derailed in the first one to two minutes,”

Sydney GP Charlotte Hespe believes many of her patients are willing to engage with her because she won’t tell them they are stupid or refuse to care for them. She will, however, respectfully disagree with them while addressing their fears.

It was this approach that helped the NSW chair for the Royal Australian College of General Practitioners put at ease a woman in her late 50s who had previously refused the vaccination, but had several illnesses, including multiple sclerosis, that put her at higher risk of dying from COVID-19.

The woman told her she was afraid the vaccine would kill her, and she wanted to be alive in 10 years time. Dr Hespe told her bluntly that if she got the infection that could be it for her.

After mulling it over, the woman returned later for her vaccine and now has two doses. When she recently called to inquire about her booster dose, she also revealed something unexpected.

“She has this cohort of friends who are all complete anti-vaxxers, and she has got them all over the line [to get vaccinated]… she basically said to them what I’d said, and that resonated with all of them.”

Back in Melbourne, Mr Tassone has armed himself with some fallback phrases that he can confidently deliver to people who were unsure about vaccination, including the woman who attempted to bribe him.

“I said to her, ‘I know this must be really hard for you, but I’m here to help for any questions that you may have and to help you provide the evidence you need to keep your job. I don’t want to argue about the order, whether it’s fair or not. I don’t want to judge. I’m just here to help.

“And then she rolled up her sleeves and said ‘Let’s just get this shit over and done with’.”

There have been occasions where he hasn’t given someone a vaccination because he didn’t have informed consent, such as a man this week who had a panic attack in the clinic.

“He was so agitated that in the end, I had to just guide him out of the pharmacy and say ‘you’re not ready, emotionally, mentally or physically; come back another time’,” he said.

Other times he’d be able to deliver the vaccine unconventionally, including another woman recently, who objected to the vaccines for religious reasons and was asking about the conspiracy theory that COVID-19 vaccines contain a magnetic tracking chip that connects to 5G.

She was required to get the vaccine for work. Mr Tassone told her about his parents, who he said were also very religious, and suggested that by having the vaccine she could continue to do the Lord’s good work.

“She immediately just relaxed and said ‘I didn’t think of it like that’.

The pharmacist held her hand as he gave her the vaccine with the other, as she stood and chanted a prayer.

As Australia’s initial COVID-19 vaccination rollout reaches its pointy end, the number of first doses being delivered has begun to slow. In the past week, there have been just over 420,000 first doses given, compared to more than a million second doses.

Mr Tassone said every vaccine felt like a little win.

“It’s another step forward. It’s what keeps us going in a very exhausting and stressful time for our community.”