A government bid to revamp British Rail’s logo hit the brakes today after the designer who dreamt up the original in 1964 branded it ‘a load of old b*****ks’.

Gerry Barney, 82, did not mince his words after being shown the coloured version of his famous creation.

His original double red arrow logo – which is a design classic – was updated by the Rail Delivery Group amid Government plans for a rehaul.

But Gerry, a former lettering artist, signalled his displeasure with the green tinted version, which had been launched to highlight environment benefit of train travel.

And instead of giving approval to a quote the RDG prepared for its unveiling, he bluntly told them ‘no way’ after hearing their suggestion.

Speaking from his home in Surrey, he said: “I think that’s rubbish. I could understand it if they had just swapped red for green.

‘I don’t know if it can be updated, it’s so simple. 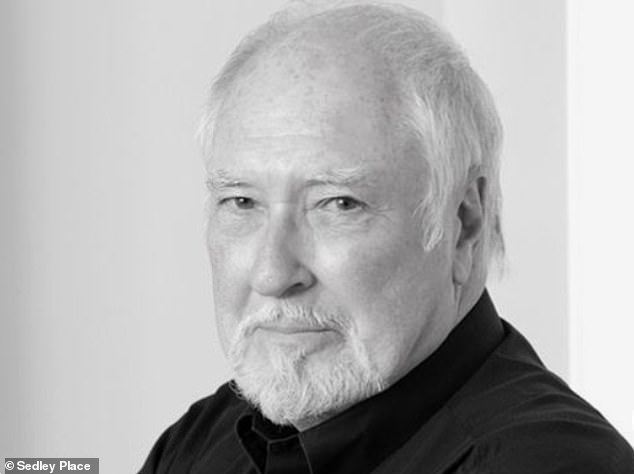 Gerry Barney, 82, designed the original and called the new iteration ‘a load of old b*****ks’ 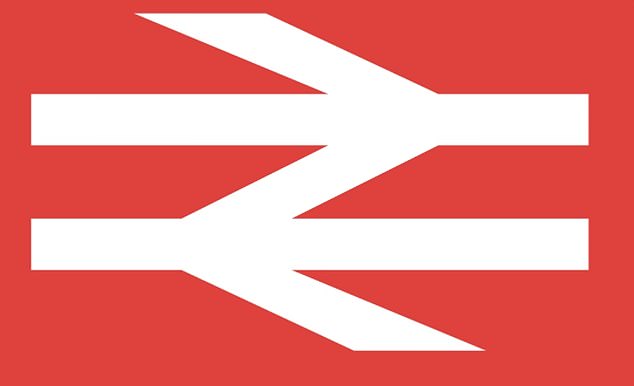 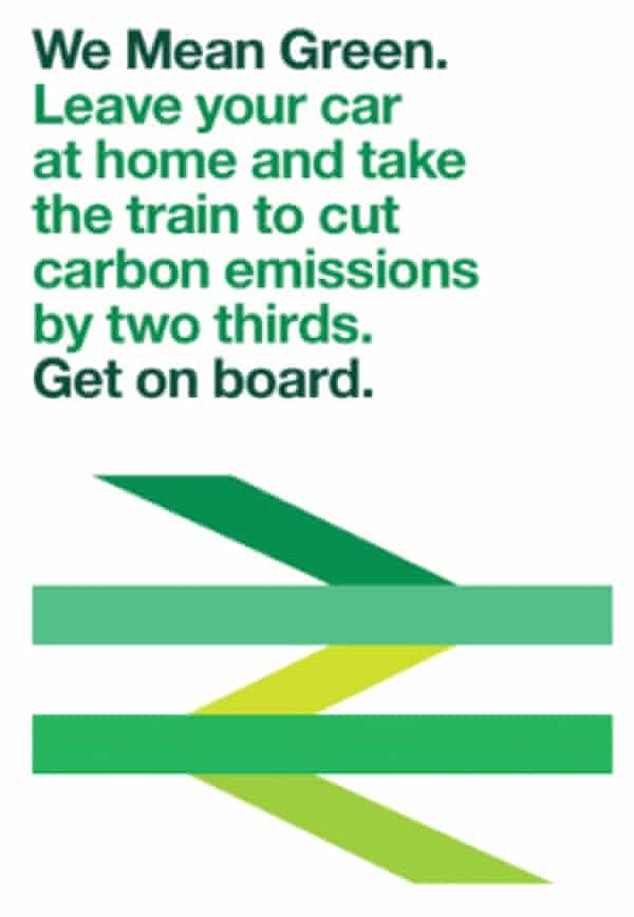 ‘They should just leave it well alone – if it ain’t broke, don’t fix it,’ he added to the Guardian.

Transport secretary Grant Shapps previously said his idea for Great British Railways, a state-owned public body that will oversee rail transport in Great Britain from 2023, will feature versions of the logo.

The makeover was supposed to have been endorsed by Gerry but he flatly refused.

He was taken by surprise by the change because his original logo had been used on new adverts last month.

Appropriately he came up with the symbol on a train to work at the Design Research Unit back in 1964.

He recalled: “The only thought I had was railway lines coming and going.

“I did a sketch on the tube on the back of an envelope. It really was an envelope, and I wish I could find it now, it’d probably be worth a fortune.

When I got into work I drew it up.” 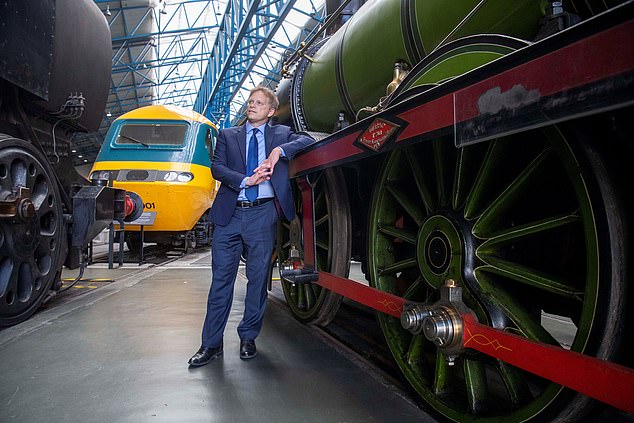 Breaking with Tory policy introduced under John Major in 1993, Transport Secretary Grant Shapps said passengers had been failed by ‘years of fragmentation, confusion and over-complication’ 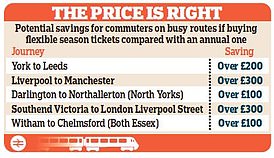 Part-time rail commuters in England will be able to save hundreds of pounds a year on certain routes with new flexible season tickets, the Department for Transport (DfT) has announced.

The carnet-style tickets will allow travel on any eight days in a 28-day period.

They are being introduced as part of the Government’s sweeping reforms of the railway.

The DfT said potential annual savings compared with buying daily tickets for passengers who commute two days a week include:

Tickets will be on sale from June 21.

The new system has been brought in as a result of a long-term decline in the use of traditional season tickets, plus an increase in homeworking due to the coronavirus pandemic.

Transport Secretary Grant Shapps said: ‘For many, the idea of travelling five days a week to the office is fast becoming a relic of the past.

‘As we kickstart the biggest reform of our railways in a generation, we’re committed to creating a modern railway that works for its passengers.’

Chairman of British Railways Dr Richard Beeching loved it and selected it to go ahead.

It was unveiled a year later and has been featured on the railways ever since.

And under plans revealed in a White Paper in May, it will have additional powers to set most fares and timetables, sell tickets and issue contracts to private firms to run the trains themselves.

Breaking with Tory policy introduced under John Major in 1993, Transport Secretary Grant Shapps said passengers had been failed by ‘years of fragmentation, confusion and over-complication’.

He added: ‘That complicated and broken system ends today.’

The reforms include flexible season tickets that will go on sale next month, allowing commuters to travel for eight days over a 28-day periods – or two trips a week in a month.

This reflects changing work patterns, with many set to continue working from home, at least partly, after the pandemic.

‘For many, the idea of travelling five days a week to the office is fast becoming a relic of the past,’ Mr Shapps said.

The new tickets will be significantly cheaper than traditional seven-day season tickets and ministers hope they will entice more back on to the network.

Contactless pay-as-you-go train travel, such as London’s Oyster system, will also eventually be introduced in all towns and cities under the proposals.

Network Rail – a public body whose responsibilities will be replaced gradually by GBR – merely owns and maintains rail infrastructure.

GBR will do all this and more. Its other powers will include setting timetables, which are currently suggested by train companies. It will also be able to set the majority of fares, currently managed by the Department for Transport.

GBR will sell all tickets, too – meaning it will receive fare revenues directly. It will pay operators depending on performance targets.

The current franchise model will be replaced with ‘concession’ agreements, under which operators receive a fixed fee for running services rather than relying on ticket sales to make money. Firms will not get the full fee if they fail to run services on time or operate trains with dirty carriages. Ministers hope the threat of financial penalties will result in better services.

Some of the new passenger service contracts will be introduced this year but most will not be in place until the end of 2022.

Boris Johnson said of the plans: ‘I am a great believer in rail but for too long passengers have not had the level of service they deserve.

‘By creating Great British Railways and investing in the future of the network, this Government will deliver a rail system the country can be proud of.’ The White Paper is based on a review by Keith Williams, the former British Airways boss and Royal Mail’s non-executive chairman. Due to be published in autumn 2019, it was delayed first by that year’s general election, and then the coronavirus crisis.

The review was ordered in 2018 after the introduction of new rail schedules led to the meltdown of services that May.

An inquiry blamed several factors for the fiasco, including Network Rail not completing maintenance and infrastructure projects on time, poor preparation by rail firms and a lack of meaningful oversight by the Department for Transport.

British Rail was privatised in 1993, handing responsibility for infrastructure projects to Railtrack and then Network Rail. The running of services was passed to multiple companies that bid for contracts.

Although private companies will continue to run trains, today’s White Paper aims to bring more elements of running the network back under one organisation.

Rail franchises effectively ended when the Government bailed out the railways at the start of the pandemic at a cost of £10billion.