Police have arrested a Las Vegas landlord accused of shooting three — and killing two — tenants who were renting rooms in his house, according to authorities.

Las Vegas Metropolitan Police Department officers on Tuesday responded to reports of a shooting around 12 a.m. on the 200 block of West Chicago Avenue and discovered two adults, one male and one female, with gunshots wounds at the residence.

Police later found a deceased female shooting victim in the house, and the first female victim eventually succumbed to her injuries.

Arnaldo Lozano-Sanchez, 78, was still inside the residence when authorities arrived, the LVMPD said in a press release.

Lozano-Sanchez, who apparently lived at the home and was renting out rooms to the victims, opened fire during a dispute over unpaid rent, according to local reports.

Chief Deputy District Attorney Tim Fattig told a judge that the landlord “wanted to handle it, quote-unquote, ‘his way.'”

The judge decided Lozano-Sanchez should remain jailed without bail pending his arraignment on murder and attempted murder charges in the slayings of two women and the wounding of a man who authorities said was shot nine times.

Lozano-Sanchez “made statements about the victims not paying rent and that he was certainly upset about it,” Fattig said. 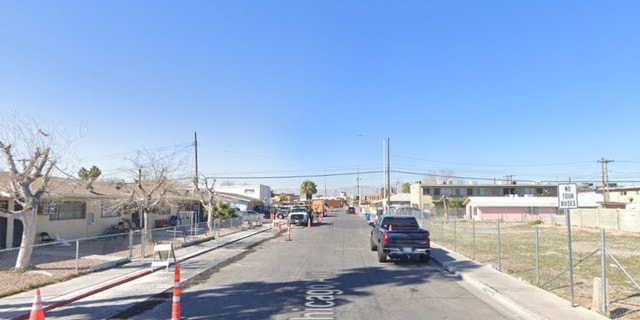 Carlos Gomez, one of Lozano-Sanchez’s tenants, told police the landlord was “smiling and laughing” after he fired his weapon. He added that when another roommate opened a door after shots were fired, Sanchez told that person “he would not be able to run from him anymore,” according to Fox 5 Las Vegas.

Police said they had no immediate information linking the rent dispute with a nationwide eviction moratorium that expired last week but was reinstated for areas with high transmission of COVID-19, including Nevada.

The modified ban from the Centers for Disease Control and Prevention faces legal challenges and lasts until Oct 3.

Fattig told the judge that Lozano-Sanchez asked a neighbor to help him dispose of the gun, but police found it in a nearby bush.

Authorities are asking anyone with information about the suspect to contact the LVMPD Homicide Section at 702-828-3521 or via email at [email protected] Those who wish to send an anonymous tip to 702-385-5555.