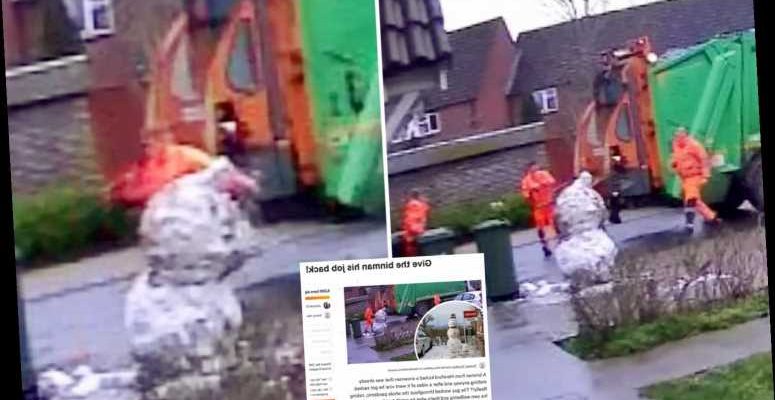 More than 5,000 people have signed a petition demanding a binman who was sacked for kicking the head off a kid's snowman is given his job back.

Callum Woodhouse, 19, was dismissed by Herefordshire Council last week after he was caught on CCTV "kung-fu" kicking the head off a snowman that had been built by a three-year-old. 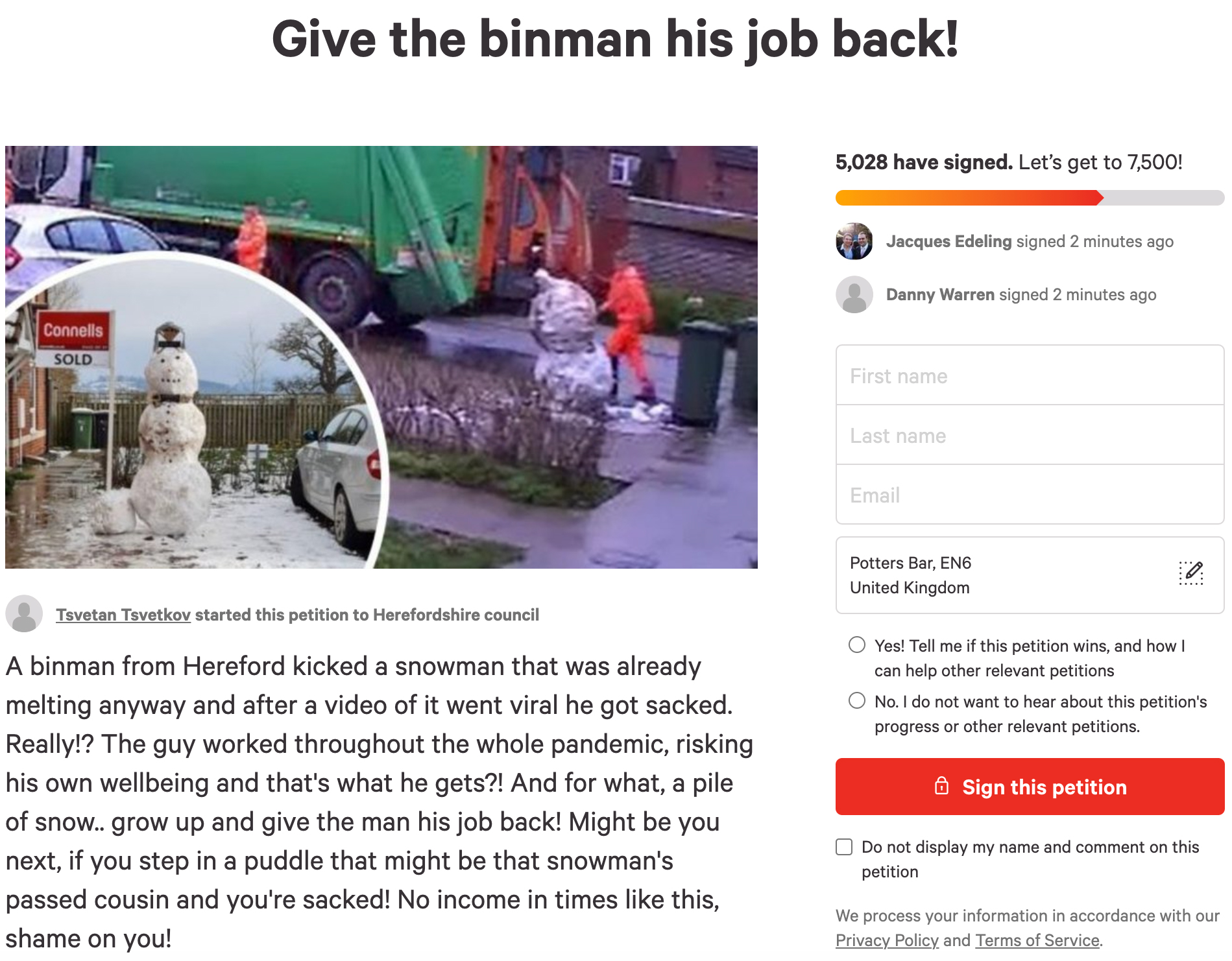 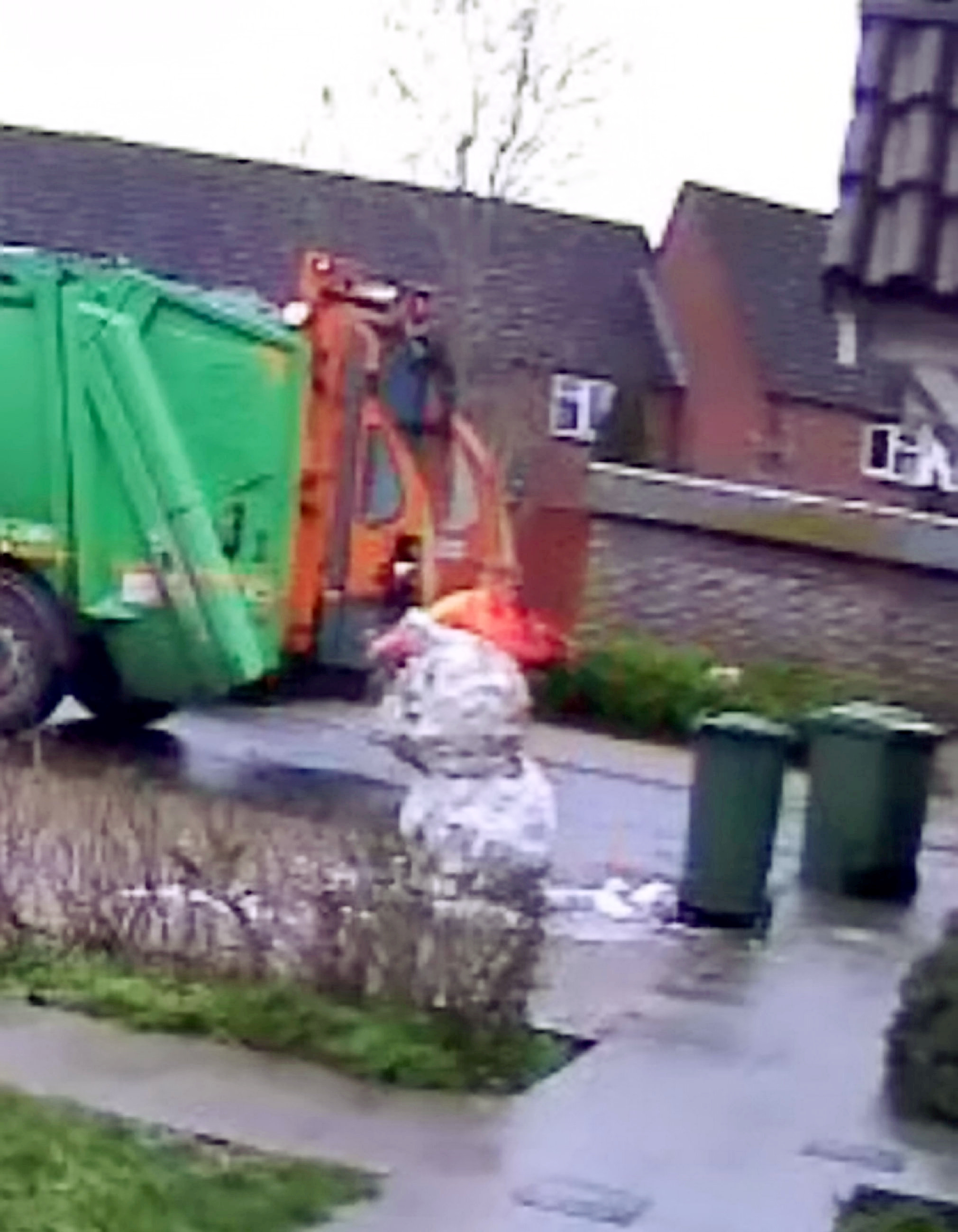 But a petition started on the website change.org by Tsvetan Tsvetkov calling for him to be given his job back has gained more than 5,300 signatures in just three days.

The petition says: "A binman from Hereford kicked a snowman that was already melting anyway and after a video of it went viral he got sacked. Really!?

"The guy worked throughout the whole pandemic, risking his own wellbeing and that's what he gets?!

"And for what, a pile of snow.. grow up and give the man his job back!

"Might be you next, if you step in a puddle that might be that snowman's passed cousin and you're sacked! No income in times like this, shame on you!"

"Imagine firing a key worker in the middle of a pandemic because they kicked a snowman," another read.

The footage, originally published by the Hereford Times, featured Woodhouse kicking the 6ft tall snowman that had been built on a footpath outside a house.

On Friday, Woodhouse said it was "ridiculous" that he had been sacked and that he "felt like the snowman was obstructing my pathway to work."

Herefordshire Council said it was "disappointed" by the footage.

He told LBC: "I’m overwhelmed by the fact kicking a snowman could have a massive impact on me, I felt like the snowman was obstructing my path way to work, as a bin man we have an important role which the community rely on.

"So to lose my job over kicking something that’s going to melt anyway is ridiculous.

"The snowman was in the way to put the bin back in the first place." 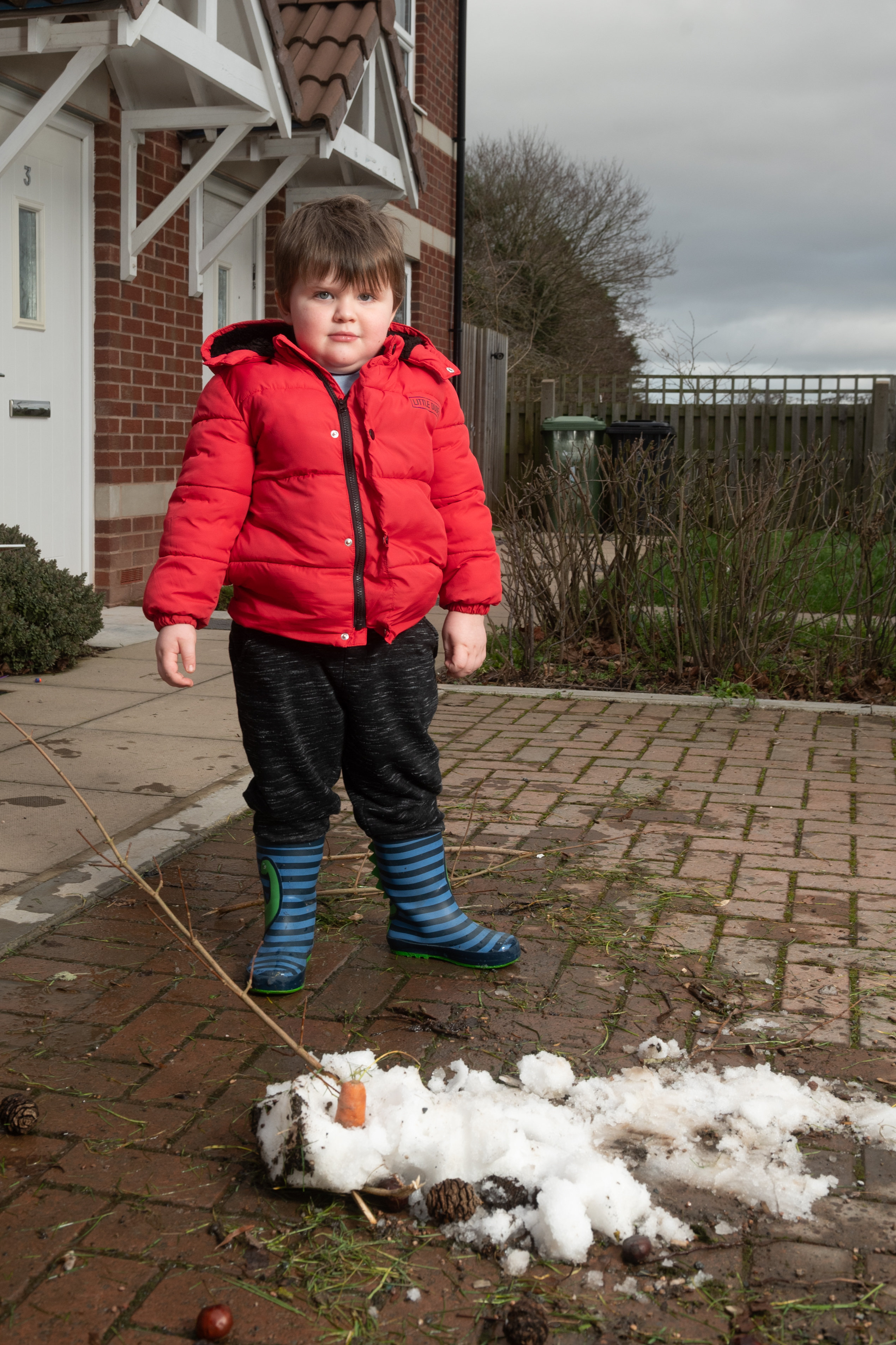 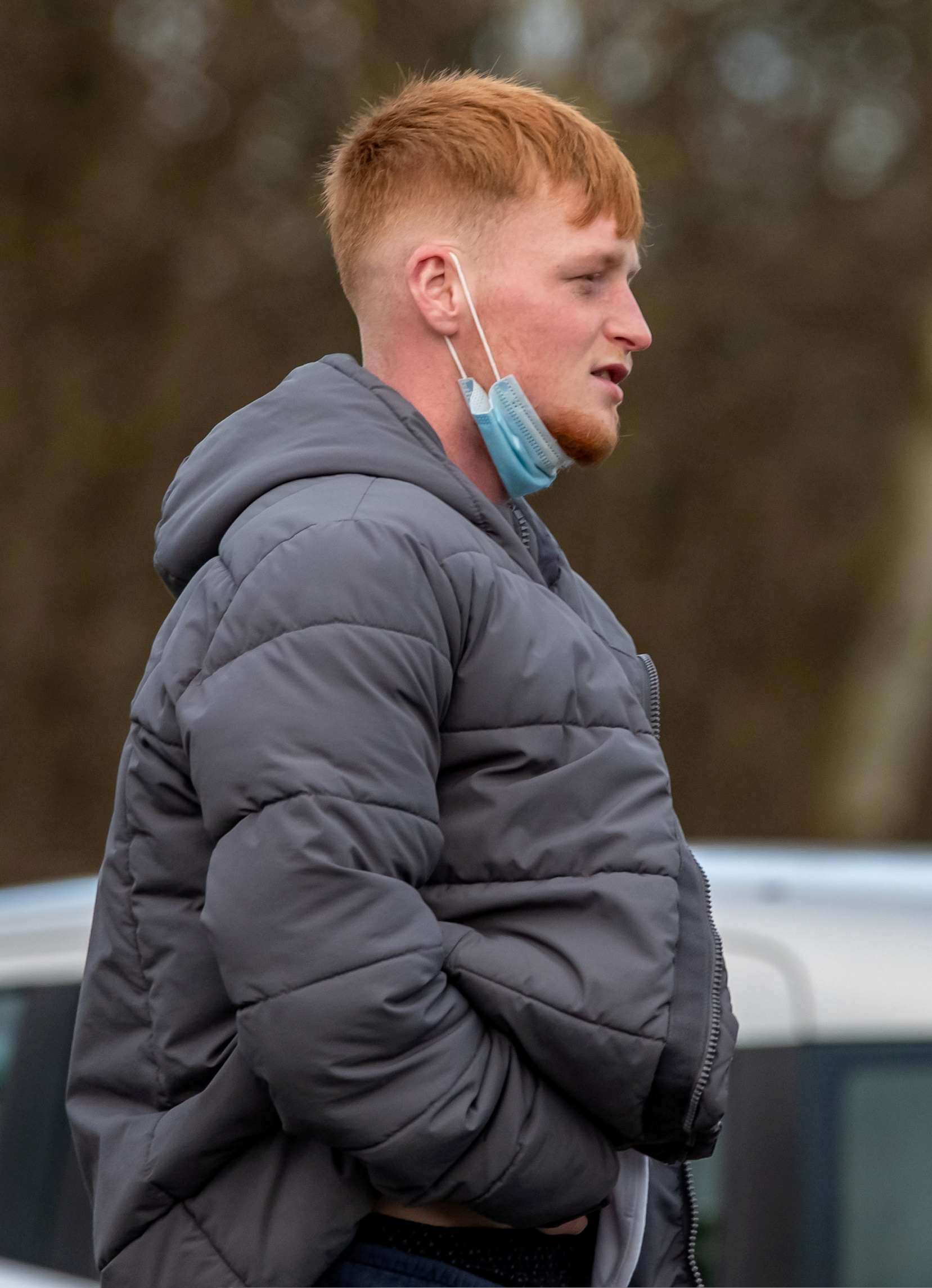 Speaking from his home in Kingstone, Herefordshire, he said: "The snowman was obstructing my work and it was going to melt anyway.

"I didn't really have any other reason for kicking it.

"I saw it melting so I thought I'd kick it.

"I'm the snowman killer, aren't I?

"I've apologised to the family.

"I messaged them on the day it blew up [on social media] but they blocked me."

Asked what he felt about losing his job, he said: "It's a hard time. It's a pandemic, innit."

Woodhouse, who said he is about to become a dad, added: "I'm out of work now, just for kicking a snowman.

In a statement, a Herefordshire Council spokesman said: "We are aware of this incident and are disappointed that an individual representing the council would behave in such a manner.

"The employee was a member of agency staff working on behalf of one of the council's contractors, and he has been informed that he will not be used again.

"Information has also been circulated to all agency employees outlining the professional standards they are expected to uphold when representing a Herefordshire Council contractor."

The sacked binman said he was now fearful for his future, adding: "I really did enjoy this job, I was working for my son and only my son.

"Now I’m left in the dark wondering where I can go from here with no income".

Little Joseph Taylor, three, was left in floods of tears after watching his snowman being destroyed.

Joseph and his six-year-old sister Amelia and their friends built the snowman outside their homes a week ago.

On Tuesday, Joseph was watching the binmen collect the rubbish from his home in Tupsley, Hereford, but cried out when he saw it attacked.

Shocked mum Sophie, 25, said: “What kind of person does that to a snowman? It was obviously made by children but he just started kicking it in the head."

“To do that in front of Joseph makes it just so heartless.”

The family’s security cameras captured the binman – wearing an orange boiler suit – take a run-up before kicking the snowman in the head.

He then continued to empty the green wheelie bins with two colleagues before turning back to the snowman.

The binman launched a flurry of kicks sending it toppling to the ground before jogging back to the lorry.

Dad Tom Fallon, 33, who works as an IT systems administrator, said: “It's unbelievable, my three kids put so much effort into that snowman.

"The kids are really upset. It’s just so thoughtless.

“After the snow over the weekend Joseph and the kids next door took it in turns, all socially distancing, to add to the snowman.

“It was huge by the end of the day and the kids loved it. When I watched this bully use it as some kind of kick bag I was horrified.

“I emailed the company he worked for who said they were launching disciplinary proceedings.

“I just hope he thinks harder about his actions. Joseph usually loves watching the binmen out the window but he’s too upset to do that now.”

It is not the first time Woodhouse has got in hot water for "kicking off".

Last July he was slapped with a 12-month community order, 120 hours of unpaid work and ordered to pay £250 for attacking a barman and headbutting two police officers in a drunken rage.

A court heard he had been boozing on July 4 when the lockdown was eased on so-called 'Super Saturday' but was refused entry to a pub beer garden because he was so drunk.

After refusing to leave, Woodhouse grabbed a barman's shirt and shoved him while shouting and swearing at other pub goers.

He left the pub but was stopped by police. Woodhouse then threatened to strangle an officer with his handcuffs when they tried to arrest him.

Officers called for emergency backup, and Woodhouse, who was trying to bang his head on the floor, was put in restraining belts. 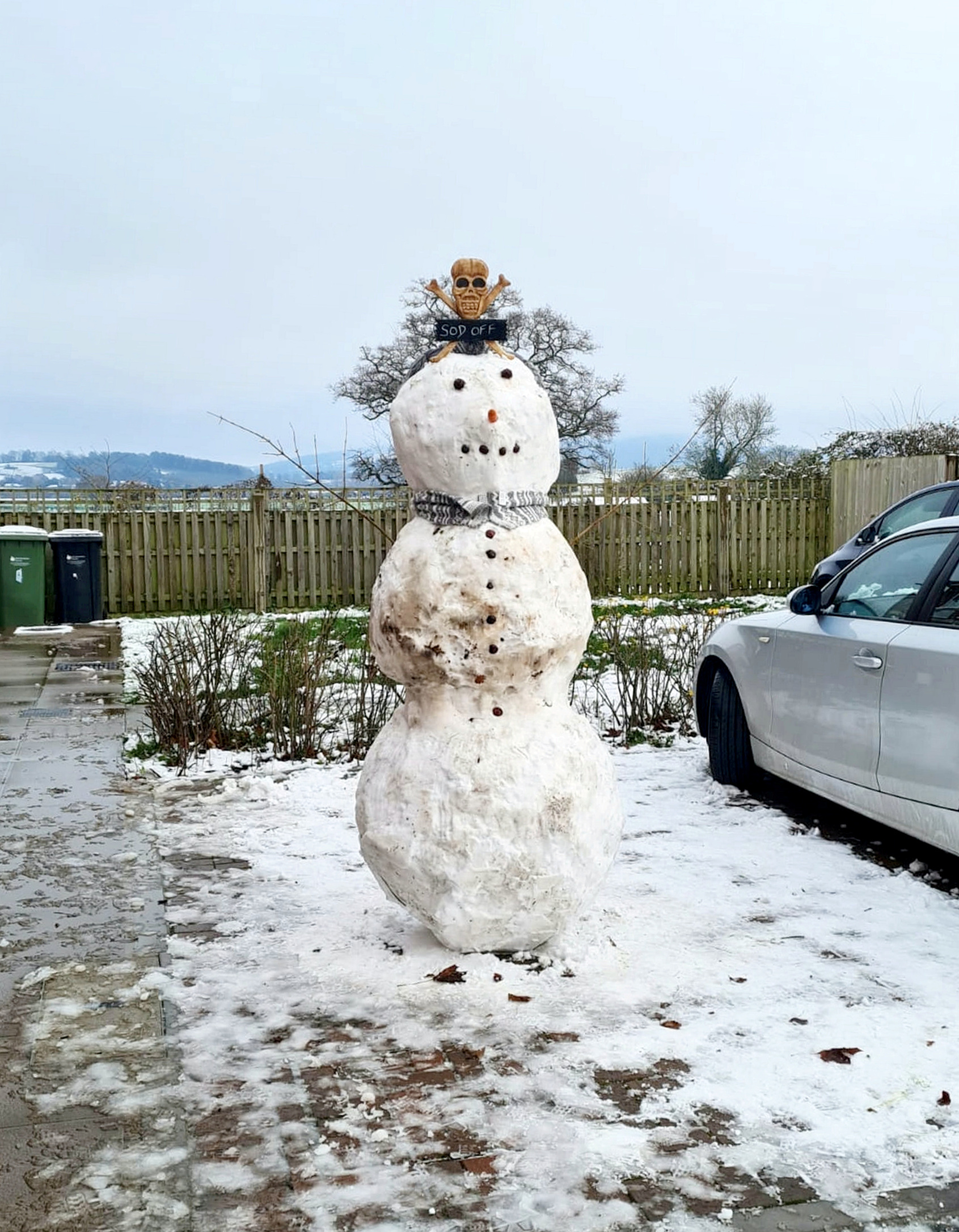 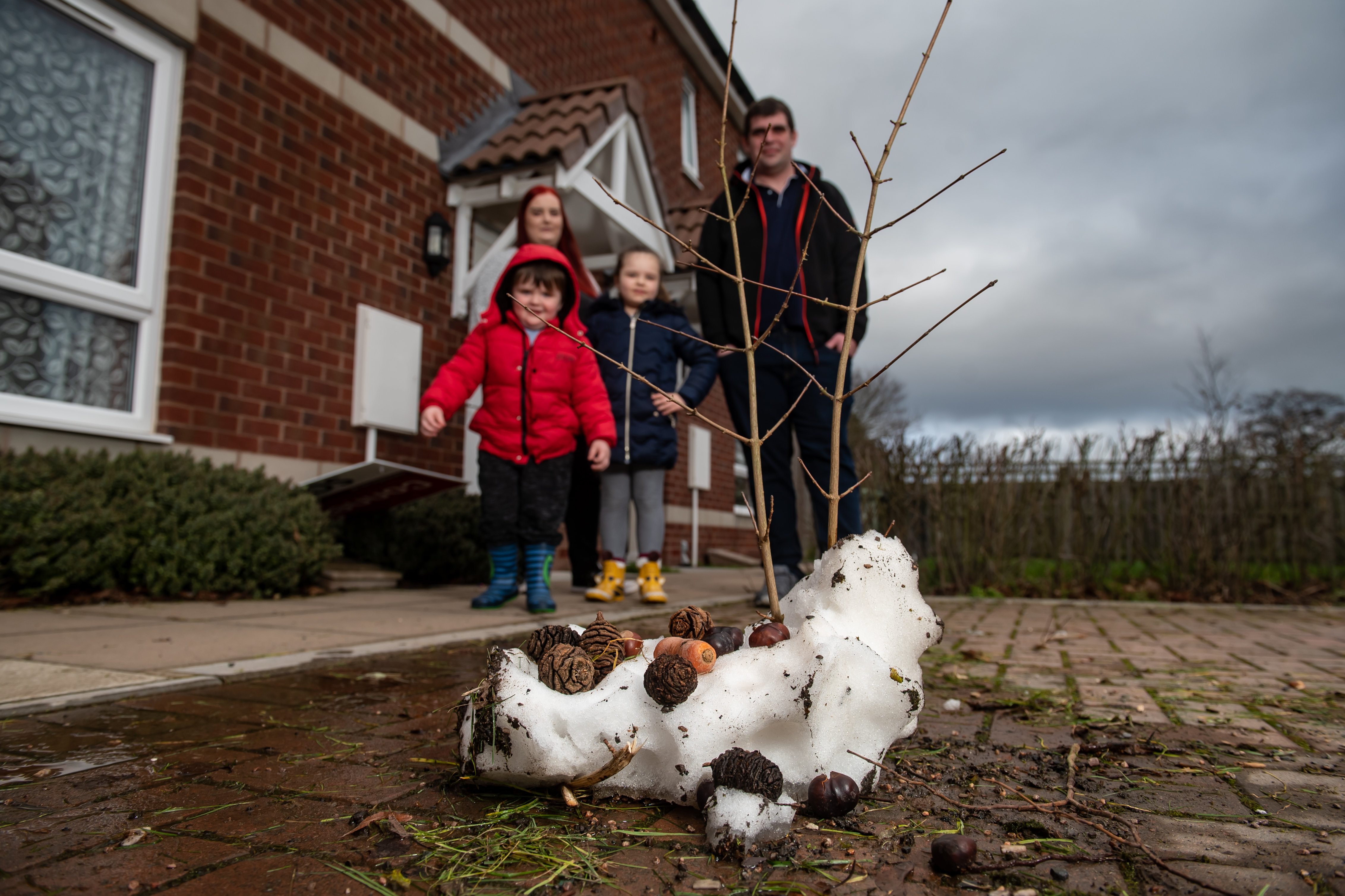