A HOLIDAY nightmare in Los Angeles left one dead, seven injured, and several trapped in a Christmas freeway crash pile-up.

Fire officials said at least 11 vehicles, including two big rigs, were involved in the crash on the 5 Freeway near Dodger Stadium in City of Angels on Friday morning. 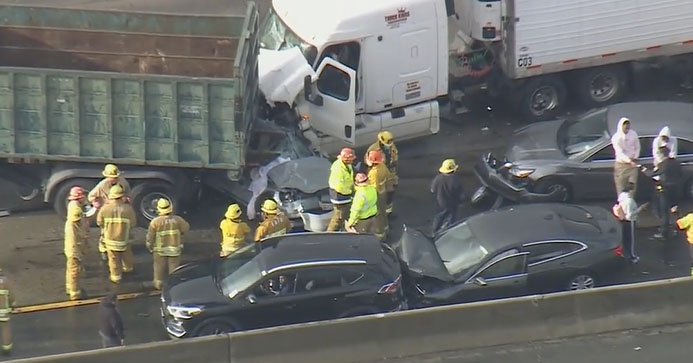 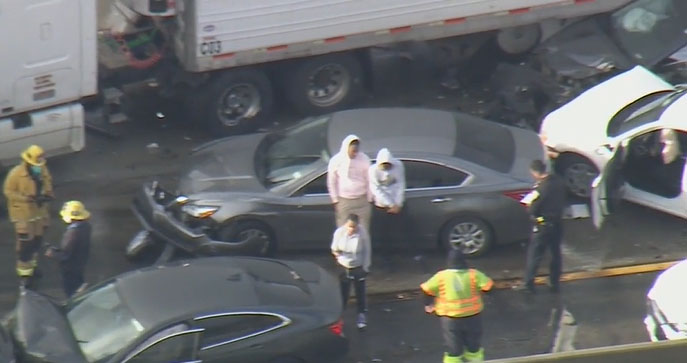 The victims were transported to local hospitals in unknown conditions.

According to the LAFD, four others were injured in the smash but declined to be transported to the hospital.

Seven others received medical assistance after the crash, officials said.

The 5 Freeway is a major north-south route stretching from the Mexican border at the San Ysidro crossing to the Canadian border near Blaine, Washington.

Fire officials were unclear at what caused the crash, but a rainstorm moving through Southern California created slippery roads on Friday morning.

At least three left lanes of the freeway were closed.

Officials are asking drivers in the area to seek alternative routes or expect heavy delays on the freeway.