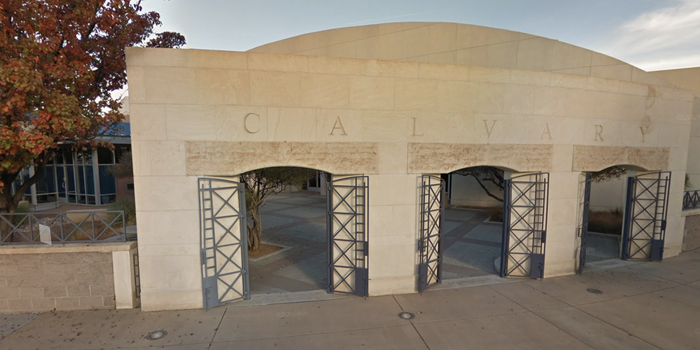 Two megachurches in New Mexico have been fined $10,000 after holding packed Christmas services during which few people wore masks.

Officials said the services at Legacy Church and Calvary Church in Albuquerque, New Mexico, violated a state order put in place help stop the spread of COVID-19 that limits worship service capacity to 25%, requiring guests to be socially distanced and wearing masks.

Photos of the Christmas services were shared by ABC affiliate KOAT, showing large crowds of people not wearing masks.

"These two churches and their leaders endangered the lives, livelihoods and health of not only their parishioners but their entire communities — and, given how quickly this virus can spread, potentially our state as a whole," she said.

Neither church immediately responded to Insider's requests for comment, though Legacy Church told NBC News that state officials were blocking what they were "called on by God to do."

"It's tragic that what we do for thousands of shut-ins, those in despair, and kids who go without meals gets no state notice, but fixation on one service can net us large fines," the church said.

Legacy's website says that their officers are closed to the public "due to persecution by the state of New Mexico and the governor's office."

Calvary Church, meanwhile, told The Hill that it "continued to urge and provide opportunity for our congregants to maintain safe social distance, wear face coverings, and properly sanitize."

New Mexico has seen 141,186 COVID-19 cases since the pandemic began, and 2,436 people have died from the virus, according to the state's Department of Health.

According to data collected by the Johns Hopkins University School of Medicine, New Mexico has a 8.56% seven-day average testing positivity rate, and there are currently 792 people in the state hospitalized with COVID-19.

"These illegal and selfish gatherings will directly contribute to more suffering and illness in our state," Lujan Grisham told NBC News.