Young Sheldon often references characters from The Big Bang Bang Theory. But in the season 4 premiere, Mayim Bialik joined Jim Parsons as the voice of adult Amy. And together, they revealed the name of Sheldon and Amy’s future son. 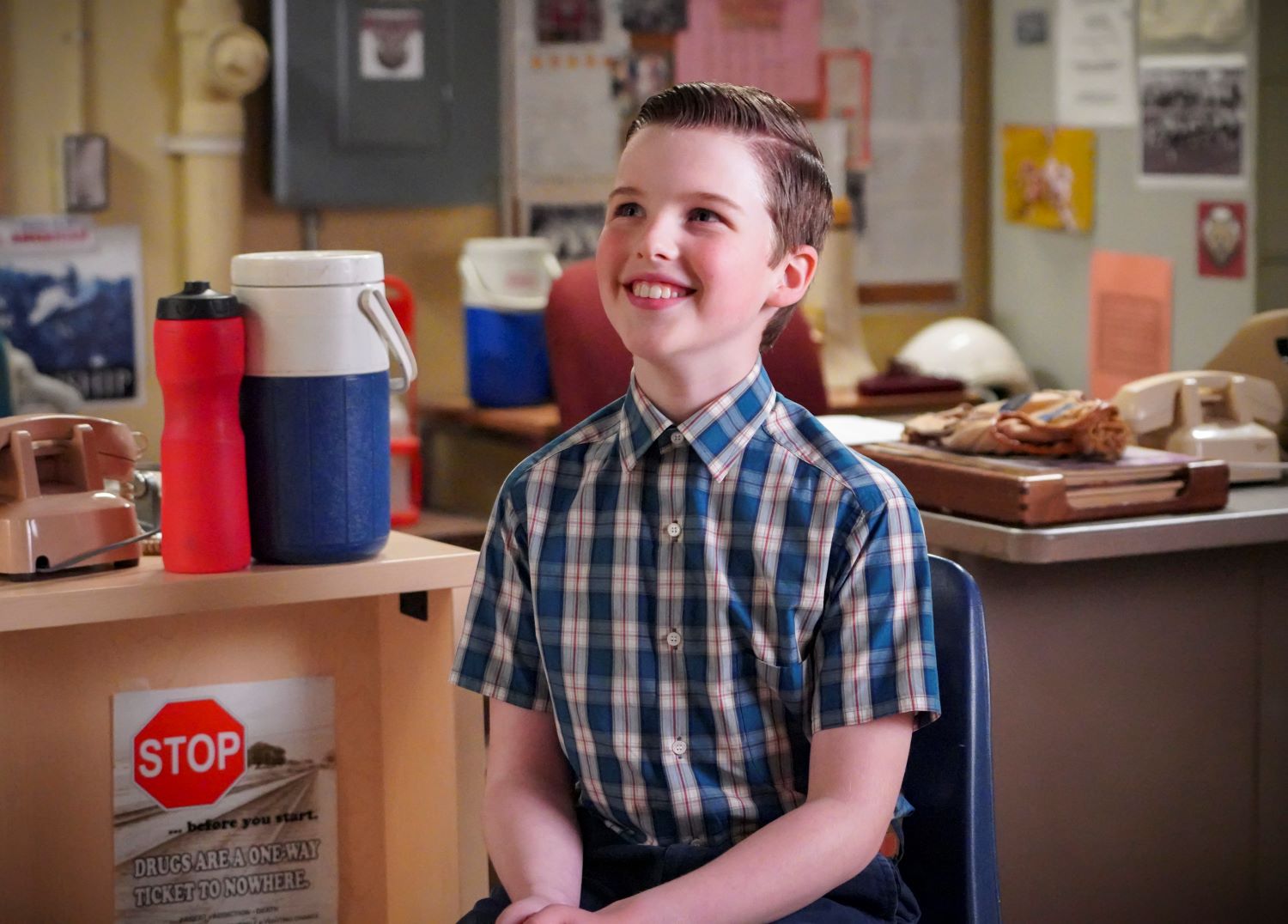 As a prequel to The Big Bang Theory, Young Sheldon tells the story of Sheldon Cooper’s childhood. Iain Armitage plays the young version of Sheldon, while Jim Parsons narrates him as an adult.

The series often references events and experiences mentioned by Sheldon and his friends on The Big Bang Theory. And in season 2, it briefly featured Leonard, Penny, Howard, Raj, Bernadette, and Amy as kids.

In the season 4 premiere episode, “Graduation,” Sheldon is named valedictorian of his graduating class but fears he won’t fare well on his own in college. While his dad, George (Lance Barber), tries to convince Sheldon he’ll do fine in college, his mom, Mary (Zoe Perry), thinks he would be better off staying in high school for a while longer.

Sheldon goes through with his graduation, and during his backyard celebration party, the future Sheldon reveals his son’s name.  “It was the best graduation party I had been to,” Parsons narrates. “Until we had one for my son, Leonard Cooper.”

The name is significant because it honors Star Trek star Leonard Nemoy and Sheldon’s roommate and best friend, Dr. Leonard Hofstatder — portrayed by Johnny Galecki on The Big Bang Theory. “I wanted his name to be Leonard Nimoy Cooper, but Amy wouldn’t let me,” Parsons continues.

Then as a complete surprise, Mayim Bialik chimes in as Sheldon’s wife, Amy. “Be lucky I let you name him Leonard,” she says, before exchanging a sweet “I love you.”

In an interview with TV Line, Young Sheldon co-creator Steve Molaro said he always imagined Sheldon’s son would be named Leonard Cooper. He revealed that Bialik’s surprise appearance resulted from a joke he thought of while producing the episode.

“Going through the script again, I wanted to add in a joke that I had been thinking about for a long time: that Sheldon might want to name his son Leonard and give him the middle name Nimoy,” said Molaro. “Then I was toying with [the idea], ‘Wouldn’t it be nice to hear Amy say, ‘Just be glad I let you name him Leonard’?’ And I thought, ‘Well, there’s no rules on narration. Let’s put it in and see if Mayim will do it.’ I gave Mayim a call and she was happy to [do it]; [she] thought it was really fun.”

To clear up any confusion about which Leonard his son is named after, Molaro revealed that Sheldon named his son after his best friend, not the Star Trek actor. “He is named after Hofstadter,” the showrunner added. “The middle name of Nimoy seemed like an added bonus, but to me, he is named after Leonard Hofstadter, for sure, without a doubt.”