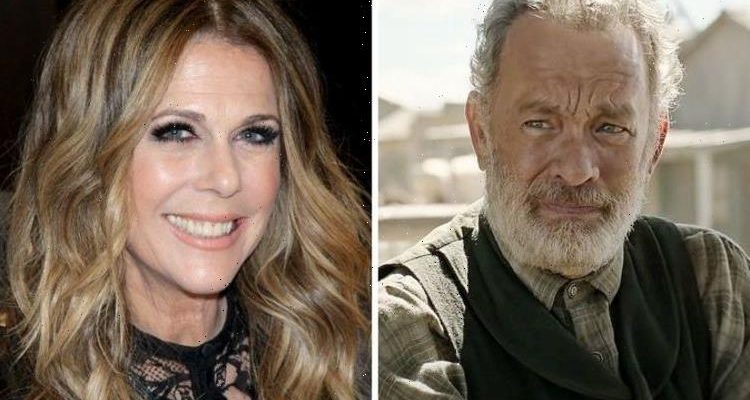 Yellowstone’s 1883 has already got off to an impressive start on Paramount+. Not only is the show a western epic viewers rarely get to see on the small screen, but it has attracted some of the biggest names in Hollywood. Rita Wilson is the latest star to make an appearance, and Express.co.uk has all the details on her upcoming role.

Who is guest star Rita Wilson playing in 1883?

1883 was highly anticipated by Yellowstone fans before its premiere, and so far it has exceeded expectations by bringing on board some big-name talent.

While the main cast certainly boasts some heavy hitters, including Sam Elliott as Shea Brennan and Billy Bob Thornton as Jim Courtright, the guest stars are equally as impressive.

Earlier this season, fans were blown away by Tom Hanks making an appearance as General George Meade.

The cameo was a total surprise, appearing during a civil war flashback.

This came about due to the fact James Dutton star Tim McGraw and Hanks are old friends, and it looks as though the invitation to cameo was extended to his wife, Rita Wilson.

While the specific episode of her cameo has not been revealed, details surrounding her character have.

Wilson will play Carolyn, a storekeeper at Doan’s Crossing who helps Margaret (played by Faith Hill) unwind with some whisky punch.

For fans unfamiliar with Wilson, the star has been appearing in major projects for decades, recently including Girls, Full Circle, and The Good Wife.

Some of her biggest film appearances include Jingle All the Way, Sleepless in Seattle, Runaway Bridge, and Now and Then.

Hanks and Wilson first met on the set of the 1981 TV series Bosom Buddies, eventually marrying in 1988.

Speaking to Cinemablend, McGraw revealed what it was like filming his scenes alongside his friend and Hollywood legend, Hanks.

McGraw explained: “You never want to botch a scene when you got Tom Hanks in there with you.

“I knew that there was this part in there, and I gave him a call said, ‘Hey, would you be interested in showing up doing a cameo in this show that we’re doing?’

Hanks only appeared in a handful of scenes for one episode, so Wilson will likely feature for a similar length of time.

Yellowstone fans are getting to see a new side to the beloved western world in 1883, as the series takes viewers back to the early days of the Dutton ranch.

Starting in Texas, James Dutton is tired of being poor and makes the decision to join a caravan with his family up to Montana.

The journey is long and dangerous, with trouble being found on each slow mile of the journey, and from within the caravan itself.

Fans will know that once James reaches Montana, he will establish the ranch his grandson, John Dutton (Kevin Costner) will one day oversee.

1883 continues January 9 on Paramount+ in the USA. A UK release date is yet to be confirmed.