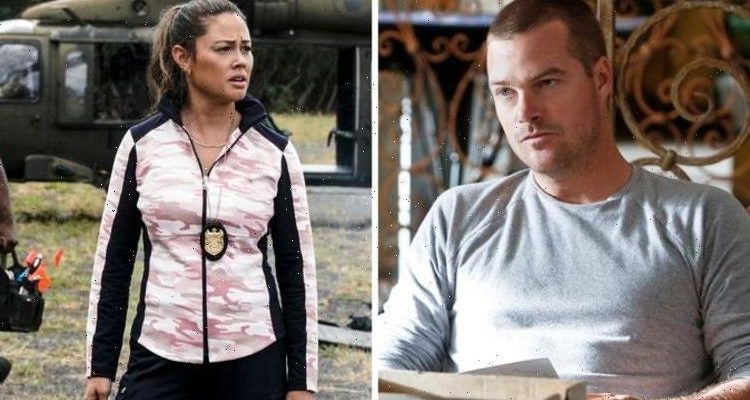 NCIS Hawaii is taking the franchise in an exciting new direction. Boasting a gorgeous tropical setting and the first female lead in NCIS’s history, Jane Tennant (played by Vanessa Lachey). However, fans are expecting it to keep one tradition from the previous shows, that being the expected crossovers with the other instalments of the CBS NCIS universe.

Will there be an NCIS Hawaii and NCIS Los Angeles crossover in season 1?

When it comes to NCIS, one thing fans take as a given is the inevitable crossover with other shows, not only in the franchise but television as a whole.

Most notably, NCIS LA crossed over with Hawaii Five-0 before its cancellation in April 2020.

Way back in 2012, the two shows crossed over during the NCIS LA episode Touch of Death – episode 21 of season three.

It was a massive hit with fans, setting a new standard for crossovers in the franchise.

As CBS’s latest series is set in the same location as Hawaii Five-0, many viewers are expecting a similar crossover event during the first season.

However, NCIS LA co-creator Christopher Silber recently poured cold water over that idea, essentially ruling it out – at least for now.

Speaking to TV Insider, Silber explained how the show’s “live in the same universe”, but that doesn’t mean any characters will be meeting one another.

Silber confirmed: “We don’t make any connection to the other shows.”

The writers behind NCIS Hawaii will want to give the show time to stand on its own two feet, before distracting viewers with more established characters.

Jane Tennant will be breaking an NCIS tradition, as she is a new character that has not been established in another show.

NCIS has typically introduced viewers to characters in one of the main series before giving them a spin-off of their own.

For long-time fans of NCIS, they will know that even Agent Gibbs (Mark Harmon) was not a new creation when the main show originally debuted in 2003.

Agent Gibbs actually first appeared in JAG, a series that ran between 1995 and 2005 and followed the events of the USA’s Navel criminal hearings.

Despite Silber ruling out a crossover, for now, it doesn’t mean it won’t happen at all.

Depending on the popularity of the show, fans should expect to see Jane appear in other NCIS shows, or characters meeting her in Hawaii in the second season onwards.

CBS clearly has high hopes for the new show, as it is airing the drama directly after the new season of the main NCIS series, which is also returning for season 19.

The specific plot for Hawaii has not been revealed yet, though CBS did release a teaser for the season back in August.

During the trailer, Jane says: “When anyone on my team gets in trouble, I’m the first call.”

Later, she is heard saying: “You haven’t had the pleasure of my, we work as a team speech, but you can guess the bullet points.”

NCIS LA is also set to return soon, with a release date for season 13 set for October 10 on CBS.

There is a lot happening in the NCIS universe at the moment, with all three shows promising to bring some major changes to the franchise.

One of the biggest will be Agent Gibbs’ easing out of NCIS, with Harmon only set to appear in a handful of episodes.

NCIS Hawaii will premiere on Monday, September 20 on CBS in the USA.
NCIS: Los Angeles season 13 premieres on CBS in the USA on Sunday, October 10.
A UK release date is yet to be announced for both seasons.