If you’re reading this, you’ve probably already plunged head-first into the Grishaverse with Netflix’s Shadow and Bone adaptation and devoured all eight episodes in one sitting. Based on Leigh Bardugo’s wildly popular book series Shadow and Bone and Six of Crows, the fantasy show is one captivating watch that leaves us wanting more.

For viewers hungry for another season, we’ve gathered what we know so far about where the show could go next.

Not yet, but that doesn’t mean you should give up hope. Showrunner Eric Heisserer—whose screenwriting credits include Arrival and Bird Box—originally had his mind set on three seasons when he first approached Netflix with the concept.

“It was a three-year plan that I laid out, or three-season plan,” he told Collider. “It came about in a really interesting way because it all came from a New Year’s resolution that I had three years ago, which was to do more pleasure reading.”

If Shadow and Bone proves to be a streaming success, as it seems destined to be, we have high hopes for a renewal.

Will it mesh storylines again?

Season 1 combines the first book of the Shadow and Bone trilogy with the first book of the Six of Crows duology. The latter is originally set after the events of the former, but the show’s adaptation combines them, bringing characters together in ways diehard fans could only dream about. The logical assumption, then, is for Season 2 to combine the second books of each series, Siege and Storm and Crooked Kingdom—but we don’t know what Netflix has planned yet.

“I have stacks of material. I don’t know if they’ll ever see the light of day,” Heisserer told Entertainment Weekly. “We have a lot of big, grand plans. But one step at a time. Let’s just see if season 1 lands the way we hope it does.” 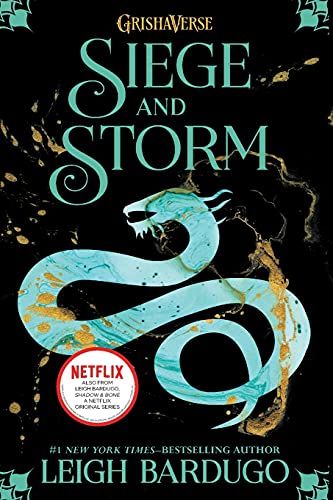 In Siege and Storm, the Sun Summoner Alina Starkov (played by Jessie Mei Li in the series) is on the run with her trusted friend Mal (Archie Renaux). With the Darkling after her and her powers, Alina turns to an infamous privateer for help.

“But as her power grows, Alina slips deeper into the Darkling’s game of forbidden magic, and farther away from Mal,” a synopsis reads. “Somehow, she will have to choose between her country, her power, and the love she always thought would guide her–or risk losing everything to the oncoming storm.” 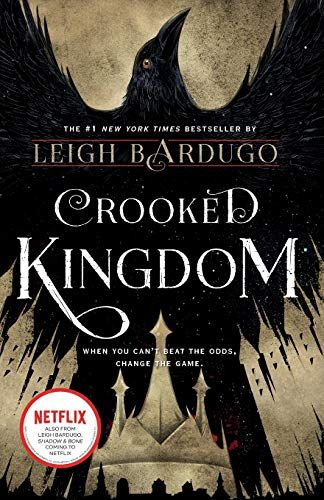 Crooked Kingdom finds Kaz Brekker (Freddie Carter in the show) and his gang returning to Ketterdam after a dangerous mission. A valuable team member is kidnapped, leaving the group dispirited and lacking resources.

“As powerful forces from around the world descend on Ketterdam to root out the secrets of the dangerous drug known as jurda parem, old rivals and new enemies emerge to challenge Kaz’s cunning and test the team’s fragile loyalties,” according to the book description. “A war will be waged on the city’s dark and twisting streets―a battle for revenge and redemption that will decide the fate of the Grisha world. “

What does that cliffhanger ending mean for Season 2?

Season 1 ends with a surprise: Though it seems General Kirigan/The Darkling (Ben Barnes) has been defeated, consumed by one of the creatures in the Shadow Fold, it turns out he’s survived the attack and is perhaps more powerful than ever. The final scenes show him emerging from the Fold as the creatures of that dark expanse follow him out into the world.

“Obviously he’s got a different kind of power now,” Barnes told Digital Spy. “He’s someone who has had an army, and has been in charge of this medieval hierarchy, someone who’s revered and feared. But he’s even more alone now—with a handful of vendettas, and an amassed group of people trying to kill him.”

He added, “He’s sort of all-powerful now. He just has to think something dark, and it will happen. So it’ll be interesting to see which characters we find him interacting with going forward.”