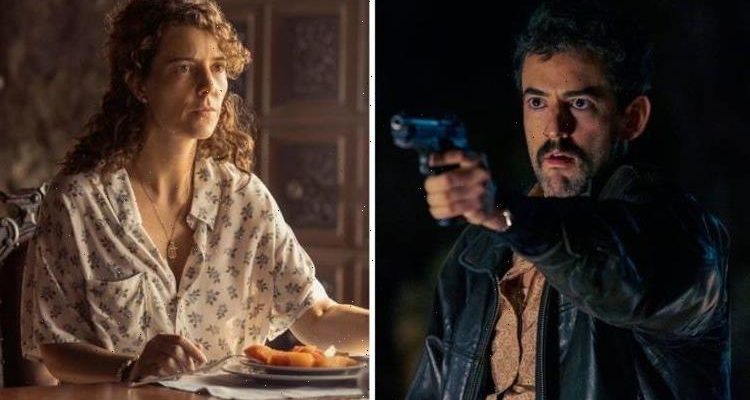 Narcos Mexico was born out of the popularity of the original drug-dealing drama Narcos. The Netflix spin-off returned on Friday, November 5, for its final outing which focuses on the beginnings of the Mexican drug trade. Sadly, it has already been confirmed there will not be another season of Narcos Mexico.

Why did Narcos Mexico end after season 3?

Narcos Mexico has returned for its third and final season on Netflix after initially launching back in 2018.

The creators made the announcement this would be the drama’s final outing earlier this year.

“The third and final season of Narcos: Mexico premieres November 5th on Netflix.”

As of yet, an exact reason why the show has been cancelled hasn’t been given.

But it didn’t come as too much of a surprise to fans as the original series Narcos also had three seasons.

So it is likely this was intended all along, to end Narcos Mexico after series three.

If there are to be any more spin-off shows, it is probable they will also be made up of the same number of seasons.

There is currently no official news on if the Narcos franchise will expand any further.

But former showrunner Eric Newman did gave fans some hope that this wouldn’t be the end of the journey in February 2020.

Speaking to The Hollywood Reporter, Newman said Narcos would “go on as long as they let us and as long as the drug war rages – which, as you know, there is no end in sight.”

So it does sound like there could be more on the horizon but once again focusing on a different time period and or characters.

The third series will be set in the 1990s when the drug dealing business was amped up even more.

“But in this war, truth is the first casualty — and every arrest, murder and take-done only pushes real victory further away.”

Sadly, Félix Gallardo (played by Diego Luna) will not be returning for the new series.

Félix was arrested and put in prison for the murder of DEA Agent Enrique “Kiki” Camarena (Michael Peña) in the season two finale.

Talking to TV Guide about his ending in the series, Luna said: “[The final scene] was very emotional in many ways for me as an actor, [and] obviously for the character, because he had time to reflect on what he had learned through the season.

“He tells the agent in front of him, ‘We are both victims of this… You don’t know what you’ve created.’

“I really found that moving as an actor and for the character and in my life.”

Narcos Mexico seasons 1-3 are available to watch on Netflix.