Harry Styles surprised audiences when he appeared as Eros in Eternals. So who is Eros in Marvel Comics, and what could he bring to the Marvel Cinematic Universe? 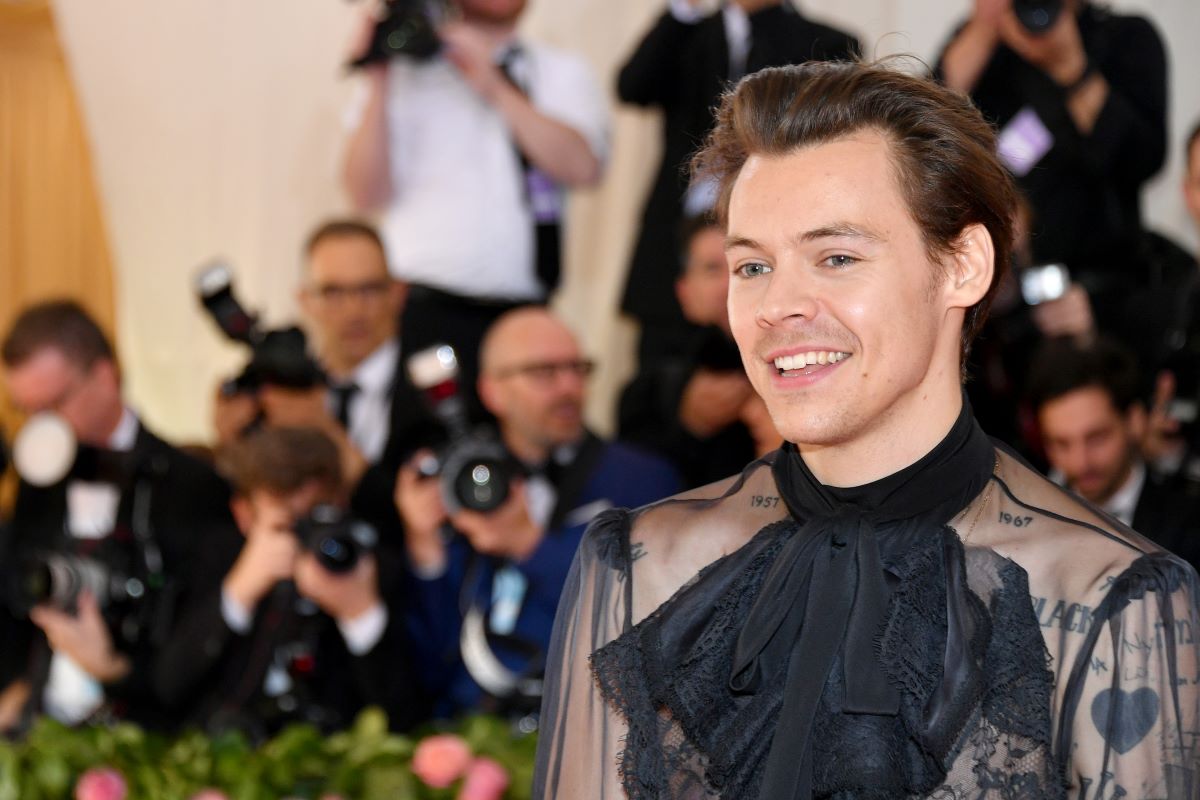 Marvel is known for treating fans with huge surprises at the end of their films, and Eternals is no different. At the Oct. 18 world premiere, audiences reportedly saw Styles appear as the Marvel superhero Eros in one scene.

Styles and Marvel have been keeping mum about the details. But after the movie hits theaters and fans see the cameo for themselves, both the studio and the singer should divulge more about the part and how it came to be.

Who is Eros in Marvel Comics?

In Eternals, Styles reportedly lays Eros. He is the younger brother of Thanos, a major Marvel villain, who Josh Brolin portrayed in Avengers: Infinity War and Avengers: Endgame.

Eros was created by writer Jim Starlin and first appeared in a 1973 issue of Iron Man. He is also known as Starfox and Eros of Titan.

In Marvel Comics, Eros is the youngest son of two Eternals —  Sui-San and A’Lars. Unlike his brother, who was born a Deviant, Eros is a carefree spirit more interested in women than power. After Thanos attacks Titan and kills their mother, Eros matures and becomes more conscious of the struggles around him. He eventually joins the Avengers and Captain Marv-Ell in a battle to defeat Thanos.

Eros’ powers include flight, super strength, and resilience. He also has the ability to manipulate people’s emotions. But in the comics, he often uses the power to seduce women.

What does Harry Styles’ appearance in ‘Eternals’ mean for the MCU?

After his initial appearance in Eternals, Styles’ Eros could be integrated into the MCU in several ways. In the comics, he has a brief nonconsensual sexual interaction with Jennifer Walters, aka She-Hulk, who eventually figures it out and catches the Eternal before he escapes Earth. If the MCU adopts this plotline or even parts of it, Styles could reprise the character in Marvel’s upcoming series, She-Hulk, which stars Tatiana Maslany as the lead.

The singer could also appear in any one of Marvel’s upcoming releases, including Doctor Strange and the Multiverse of Madness, Thor: Love and Thunder, or The Marvels. Considering how closely the character is related to Thanos’ daughter Gamora, he may also appear in the next Guardians of the Galaxy movie, which will be filmed from October 2021 to April 2022.

As of now, this is all speculation. Hopefully, after the Eternals release, Marvel will throw us a few more bread crumbs to work with.