The BBC and FX adaptation of psychological thriller Black Narcissus will be premiering on Sunday, December 27 on BBC One at 9pm. The three-part series, which has already aired in the USA on network FX, will be screened on consecutive nights across the festive period starting this weekend. Express.co.uk spoke exclusively to British actress Karen Bryson, who portrays Sister Philippa in the series, about the filming locations for Black Narcissus and shooting the chilling drama.

Where is Black Narcissus set?

Black Narcissus is based on the 1939 novel of the same name by Rumer Godden.

However, it’s perhaps the 1947 film directed by Michael Powell and Emeric Pressburger which has entrenched Black Narcissus in the public’s consciousness.

The FX and BBC series will be paying homage to the movie while giving Black Narcissus its own 2020 spin with a focus on British colonialism. 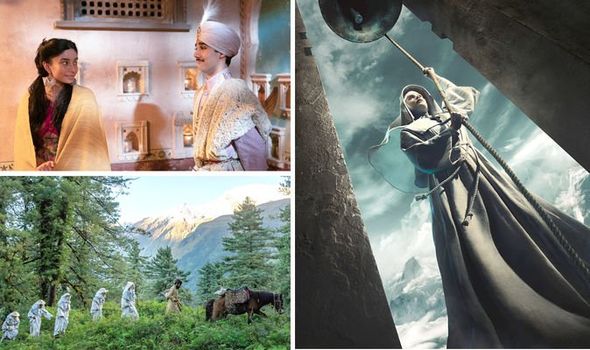 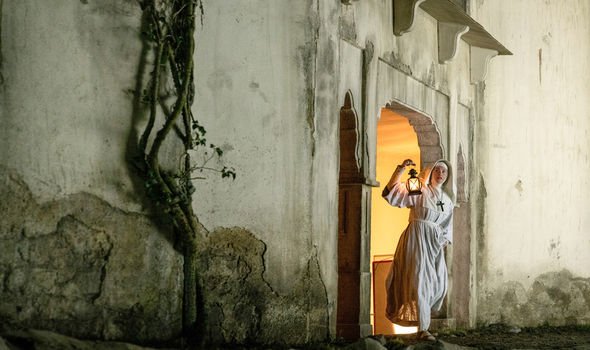 Black Narcissus is set in 1934 in Mopu, high in the Himalayan Mountains when the Indian subcontinent is still under imperial rule.

A group of nuns has been sent on a mission to a far-flung former palace which they are instructed to convert into a school and a hospital.

Despite the high altitude and their limited resources, the nuns are steadfast in their determination to carry out god’s work in this inhospitable climate.

However, the women find themselves faced with more obstacles than they could have imagined as they find their beliefs tested resulting in a catastrophic conclusion. 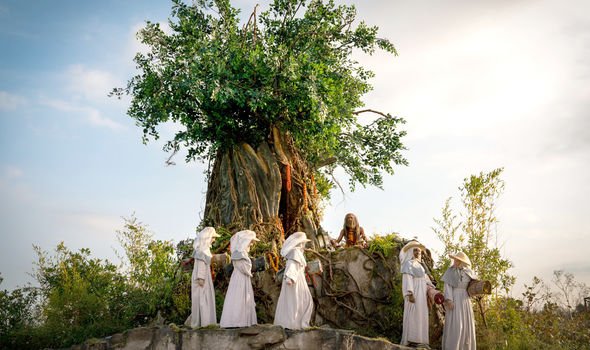 Where is Black Narcissus filmed?

In an exclusive interview with Express.co.uk, actress Bryson shared details about the filming locations for the drama which has been described as “The Shining with nuns”.

The show was shot both in Nepal and in Britain which helped the cast get into the psyche of their characters.

Bryson said: “We were lucky enough to go to Nepal. It took us two and a half days to get there.”

She admitted the sheer natural beauty left her in tears as she hailed the landscape as “breathtakingly beautiful”.

DON’T MISS…
Black Narcissus: A torrid tale of sexual obsession, murder and royalty [INSIGHT]
The Crown season 5 release date, cast, trailer, plot: When is it out? [EXPLAINER]
Who was Geoffrey Howe and why did he turn against Thatcher? [ANALYSIS] 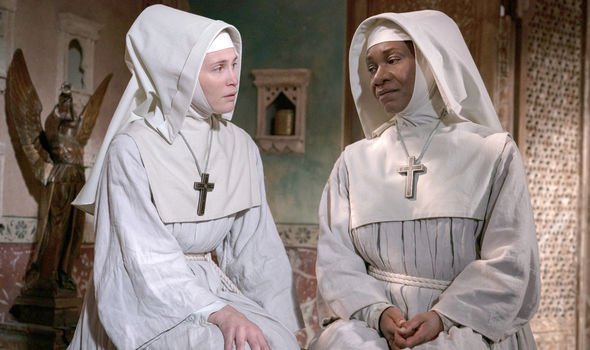 The 1947 film was all shot on location at Pinewood Studios in England.

The Shameless actress explained: “We were lucky enough – Karen, Sister Philippa – was lucky enough to actually see that view.

“One of the places I was staying at in the mountains, I used to do yoga in the mornings, the owner came upstairs and said, ‘Are you alright?’ I said, ‘How can I not be?’ Every direction you turn in is another view and another experience and he said, ‘Yes, it is the truth.’

“He left and five minutes later it dawned on me like a smack in the face, ‘He’s absolutely right.’ A lot of the terrain is untouched, it’s too dangerous.”

She said compared to London, this place was “untouched” and described it as “purity”.

Bryson added it was then she had her own epiphany, saying: “That was when I went, ‘Good morning, Sister Philippa.’ That was the moment I went, ‘I’m lucky enough to experience that.’ I tried to put it into the work.”

Filming started in October 2019 with filming lasting for several months and the cast and crew spending a couple of weeks in Nepal.

The shoot for Black Narcissus wrapped in December 2019, meaning the production was unaffected by the coronavirus pandemic.

Bryson admitted it was her first time working at the legendary Pinewood Studios. She said: “I was in awe because the sets were immaculate.”

Black Narcissus airs on BBC One on Sunday, December 27 at 9pm 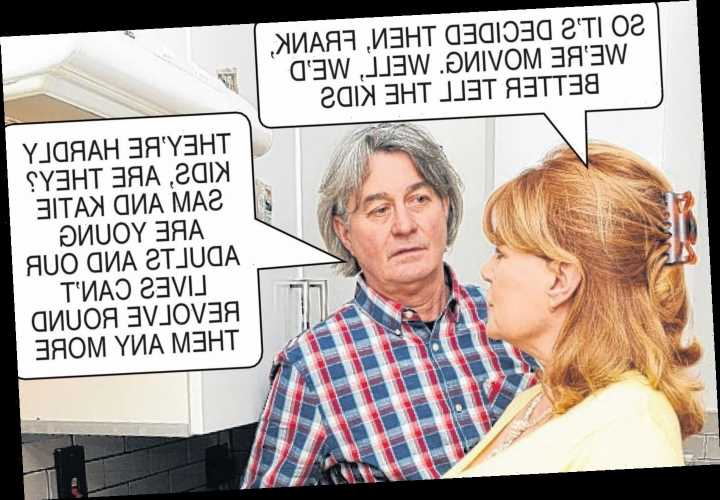