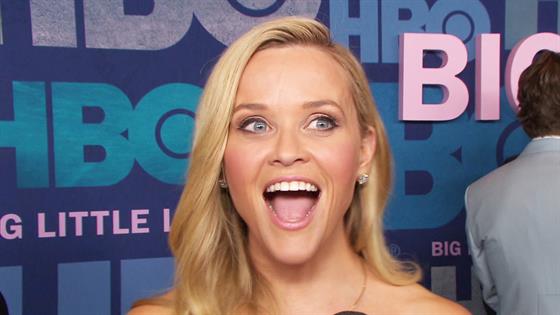 When viewers finally return to Monterey for Big Little Lies season two, things will be different.

“My character goes through a lot of growth this year,” series star and executive producer Reese Witherspoon told E! News at the Big Little Lies premiere in New York City. “She has things in her marriage that she really needs to work on, so I think you’ll see a different kind of Madeline this year.”

Those things in her marriage? Remember in the first season where she slept with the theater director. Yep, viewers remember—and so did writer David E. Kelley. Buckle up.

As for the other women of the Monterey Five, it’s also all about growth.

“She represents healing. She represents—she’s the woman who, in the show…her storyline definitely represents what it can look like to not let go of trauma, to not let forget it ever happened, but to move gracefully with it into a path that maybe offers a little more gentleness and compassion to one’s self,” Shailene Woodley, Jane on the series, said.

The first season of Big Little Lies, billed as a miniseries, was acclaimed and won all sorts of awards. Naturally, there was pressure to deliver when the stars aligned and the A-list cast reunited for a new batch of episodes.

“I think we definitely did going into this, but I think we all did a beautiful job at turning that pressure into fuel to just do our jobs better and care more and take the time to make sure the story was what we wanted it to be as women. It’s almost a beautiful opportunity to say, ‘OK, people are looking to us to tell the truth here. Let’s do it,'” Zoë Kravitz told us.

Click play on the video above to hear what’s going on with her character, Bonnie.