Our first look at WandaVision is here! Disney+ debuted the first look at the upcoming Marvel Studios series during the 72nd Primetime Emmy Awards on Sunday.

WandaVision, starring Elizabeth Olsen and Paul Bettany, marks the first series from Marvel Studios to debut on the streaming service. The show is a blend of classic television and the Marvel Cinematic Universe in which Wanda Maximoff and Vision — two super-powered beings living idealized suburban lives — begin to suspect that everything is not as it seems, Disney+ says.

Check out the trailer — and first poster — below. 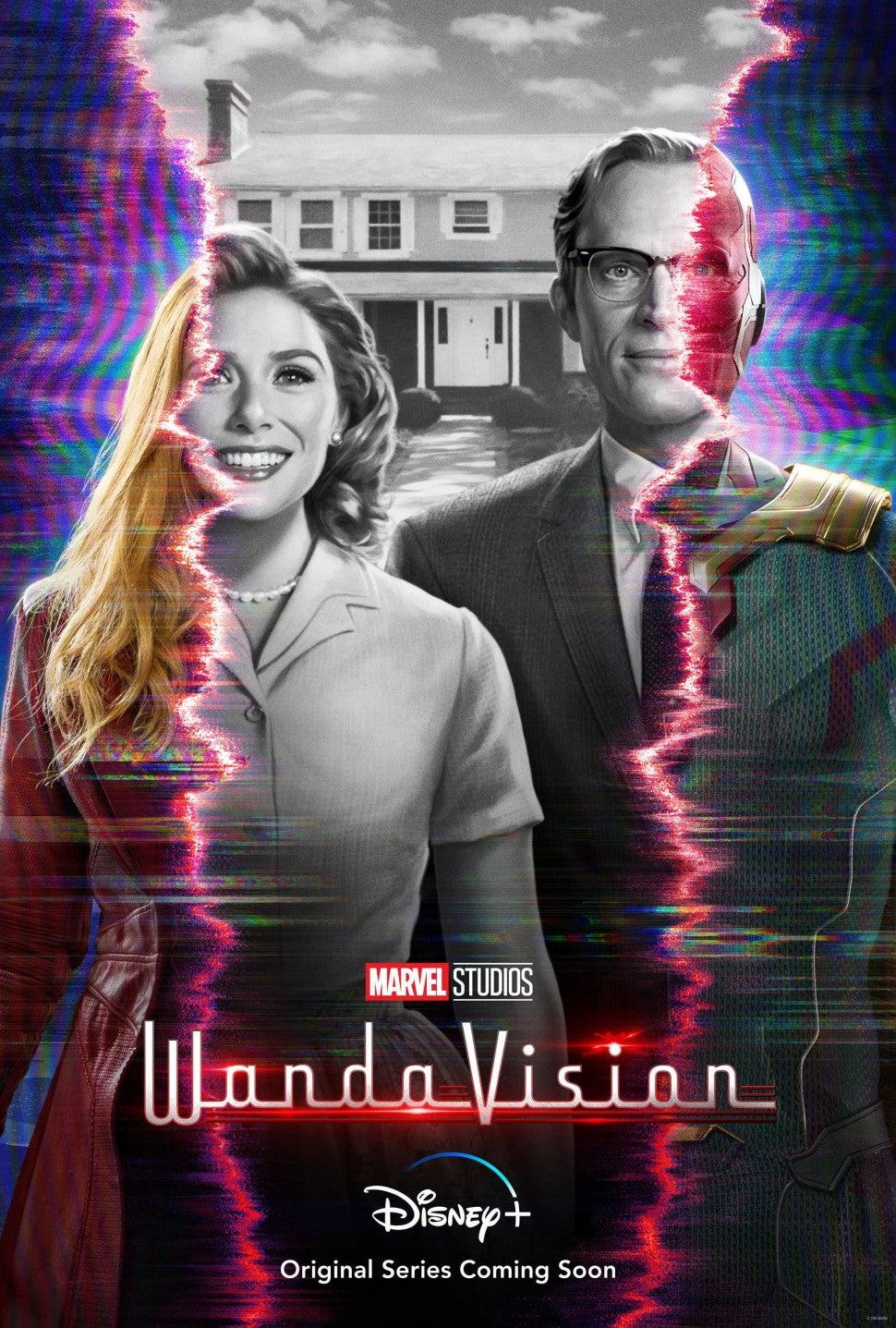 During an interview with ET at D23 last year, Bettany and Olsen discussed how, after the cataclysmic events of Avengers: Infinity War and Avengers: Endgame, Vision will somehow return to the fold and how it will affect his romance with the the Scarlet Witch.

“Through the genius of [producer and Marvel Studios president] Kevin Feige and the writing team of Marvel,” the 48-year-old British actor proclaimed when asked how his character will reemerge from certain death in Infinity War. When asked to elaborate on how this resurrection will take place, he got cagey, offering how work on the new series began.

“When Kevin pitched it to me, we were both blown away by-I would never have thought that this is where they’re gonna ask us to go,” Bettany said. “This six hours of Wanda and Vision and it’s so bizarre and so odd and so moving. And funny. And then eventually it tumbles into some epic, more familiar Marvel action narrative, which is really fun.”

Olsen chimed in, hinting at what her powerful character will be exploring in the forthcoming project and a different side of Wanda that might emerge.

“I’m excited for a lot of things,” she gushed, later adding, “I’ve always been lucky to have these beautiful little through lines that end up bringing a lot of heart or plot points, and things and like that to it, because of the nature of Scarlet Witch’s powers and her inability to control her emotions and her powers …and I’m excited to play around with this lighter side of her.”

“I’m excited to be surprised by what we come up with on the day, I’m just excited for character development that isn’t so linear,” Olsen added. “And it’s back to falling in love with the comics and the character in the comics and just doing the deep dive into what makes her her, that’s not just pain and sadness.”