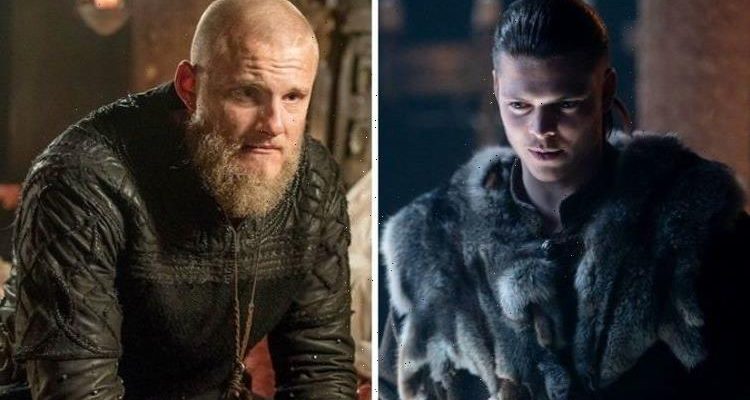 Fans suffered a crushing disappointment as popular History series Vikings was nominated for just one technical award at this year’s Emmys. Despite its popularity over the years, the medieval drama’s final outing was largely ignored by voters after the last ten episodes dropped on Amazon Prime Video in December.

Audiences have been particularly baffled by this year’s slew of Emmy nominations, which failed to include more than a single nod for the conclusion of Vikings after six seasons.

Despite stellar performances from its core and supporting cast, season six, part two was mentioned in just one category.

The 13th episode of the final season overall, The Signal, landed Vikings its 14th nomination overall for its outstanding visual effects.

Michael Hirst’s historical fantasy has been a favourite in the technical categories since its debut in 2013, but has so far only won one Emmy award.

This year, Vikings is up against Star Trek Discovery, The Crown, The Nevers and The Umbrella Academy in the same category.

Meanwhile, Disney+ dominated the award for special effects in a whole series, with The Mandalorian, Falcon and the Winter Soldier and WandaVision up against The Boys and Lovecraft Country.

Long-term fans of the series were naturally disappointed as series leads Alexander Ludwig, Katheryn Winnick and Alex Høgh Andersen were once again left off the list.

The announcements were especially painful as this would have been the series’ last chance for the cast to gain some more recognition for their performances.

Once the full list had been revealed, plenty of fans took to social media to vent their frustration that the series had been snubbed by the Emmys yet again.

One Twitter user asked: “#Emmys is there a reason the Vikings and cast has never been nominated?”

Another was shocked the awards elected to recognise Netflix’s new period romance Bridgerton, whilst similarly steamy historical fantasy Outlander was left out.

They wrote: “How the #Emmys could nominate Bridgerton for top categories while ignoring @Outlander_STARZ through the years is unfathomable.”

“It was entertaining but totally lacking the depth of Outlander. Such a shame.”

To which a Vikings fan chimed in: “I feel the same way. I would also like to add Vikings though. It’s the Emmys’ hall of shame.”

Others were also reminded of the fact Vikings’ former series lead Travis Fimmel failed to land a single Emmy nod after four years as the fearless warrior Ragnar Lothbrok.

“Why tf has Travis Fimmel not won an Emmy for playing Ragnar in Vikings?” fumed a final Twitter fan.

This year’s awards have already taken TV fans by surprise, as sleeper hit Ted Lasso led the pack with 13 nominations for the sitcom’s first season.

Sadly, Vikings once again failed to sweep this year’s award circuit, but upcoming sequel series Vikings: Valhalla could stand a better chance when the first season is released on Netflix.

Vikings seasons 1-6 are available to stream on Amazon Prime Video.