VICTORIA Beckham has shared her £320 skincare routine with fans as she shows how she gets her "healthy natural glow".

Victoria, 46, is currently in lockdown at her £6 million Cotswolds estate with her husband David Beckham and three of their children during the global coronavirus pandemic. 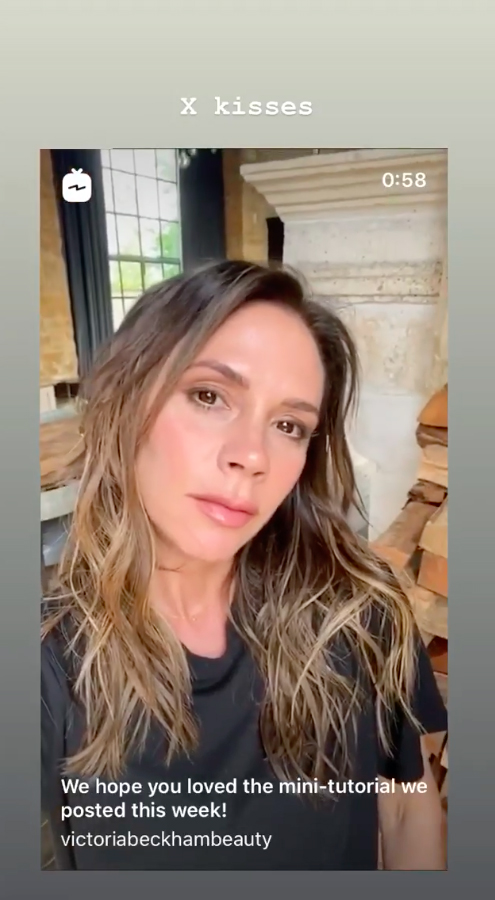 But that doesn't mean Posh Spice is letting standards slip.

She is using her own Victoria Beckham Beauty Cell Rejuvenating Priming Moisturiser and Power Serum.

"A lot of people ask me what am I using on my skin," she said. 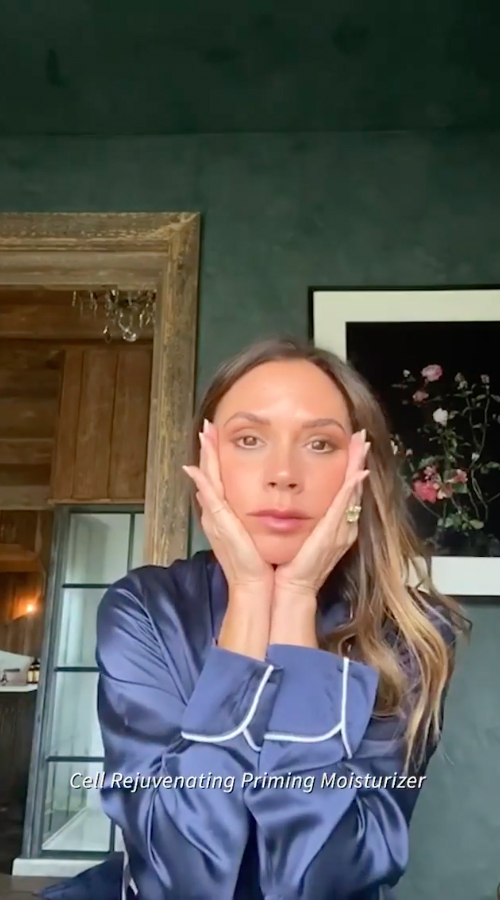 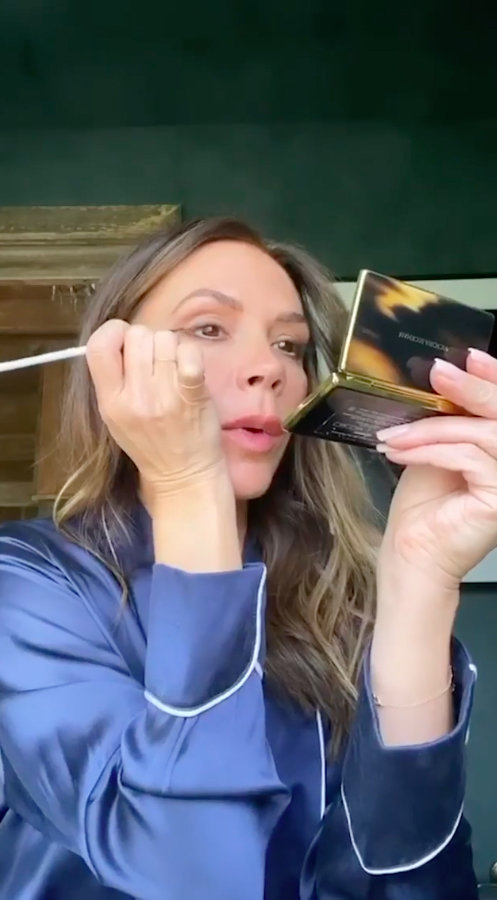 "I have to say, it is all about good skincare. Twice a day, I am using my Power Serum and also my Cell Rejuvenating Priming Moisturiser.

"I use it as a simple moisturiser and also on top of my make-up throughout the day to refresh my make-up and give a healthy glow.

Earlier this week, Victoria attempted to record a sleek, make-up tutorial video – but instead, fans could hear her noisy children in the background. 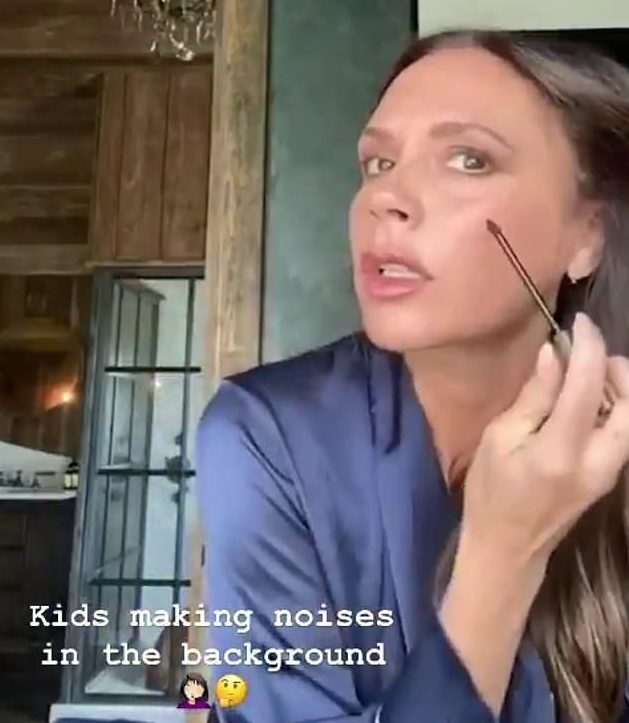 Clearly feeling like she wanted to do something valuable with her down time, the former Spice Girl decided to give her 28.3 million followers a glimpse into her beauty routine.

However, her £190 make-up tutorial didn't exactly go to plan as her loud brood could be heard in the background.

Wearing a pair of navy blue silk pyjamas, the fashion designer showed off her own make-up products and revealed it's the ones she uses every single day. 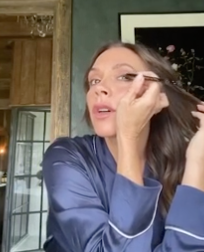 She then decided to have a go at applying her make-up herself, and revealed she had propped up her mirror on David's £940 Goyard washbag.

As she set about giving herself a smokey eye, even VB noticed the kids were being a bit too vocal.

The mum-of-four captioned one clip: "Kids making noises in the background." 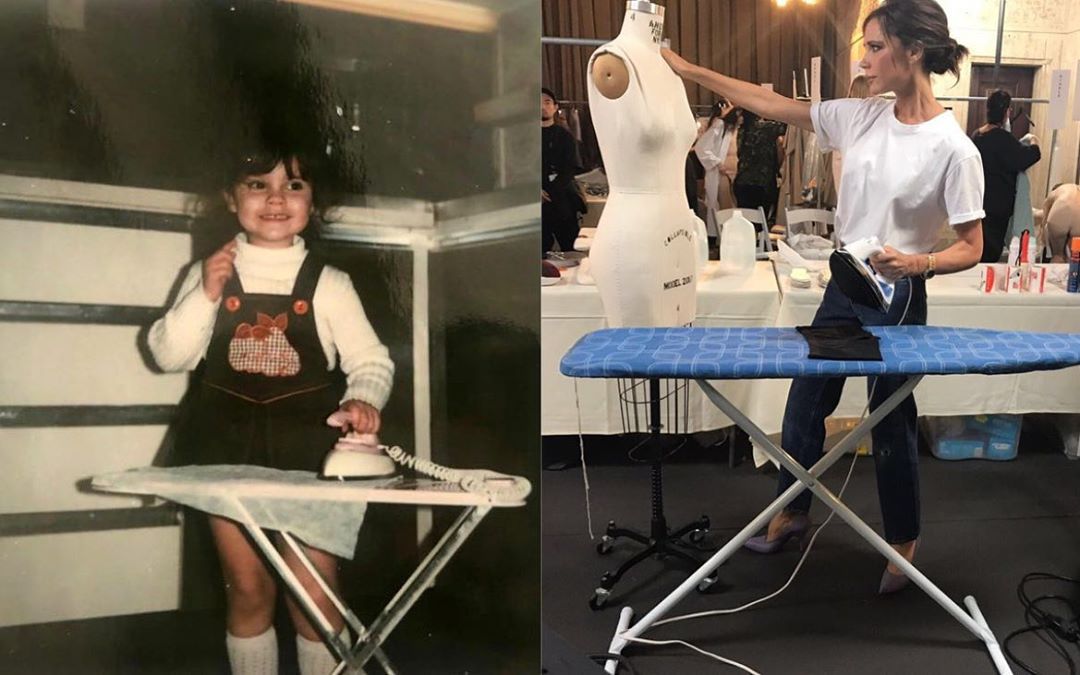 She and David, 45, are isolating with Romeo, 17, Cruz, 15, and Harper, eight, while their eldest son Brooklyn, 21, is in quarantine with his girlfriend Nicola Peltz in New York City.

Despite pining for her eldest child, Victoria has kept herself busy "working from home" and has even been treating her fans to some epic throwbacks.

Last weekend she proved that she has always been interested in fashion with a sweet throwback of herself pretending to iron as a child.

Victoria admitted that she could see a likeness between herself then and now, twinning the photo with a more recent snap.

The former pop star can be seen getting to grips with a mannequin and an iron in her workshop as she revealed in the caption that she was continuing to work on her brand from home.

Victoria wrote: "Always destined for the atelier? …Preparing for another week of WFH designing the new Pre collection #teamvb."