OVER in Love Island’s wind-blown South African compound, farmer Will was explaining his rural seduction technique in alarming fashion, earlier this week.

“You say to the girls, ‘Would you like to see the animals?’ 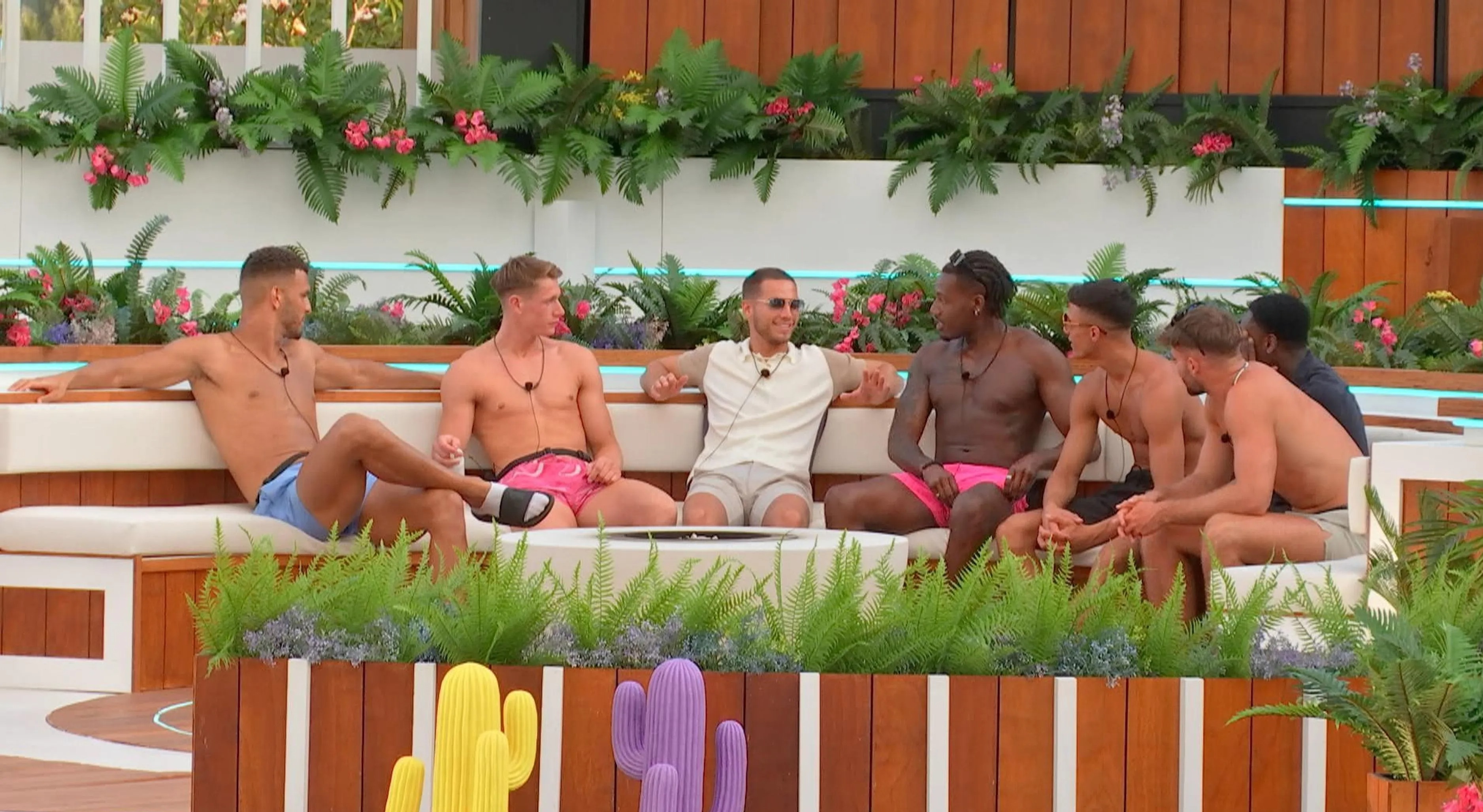 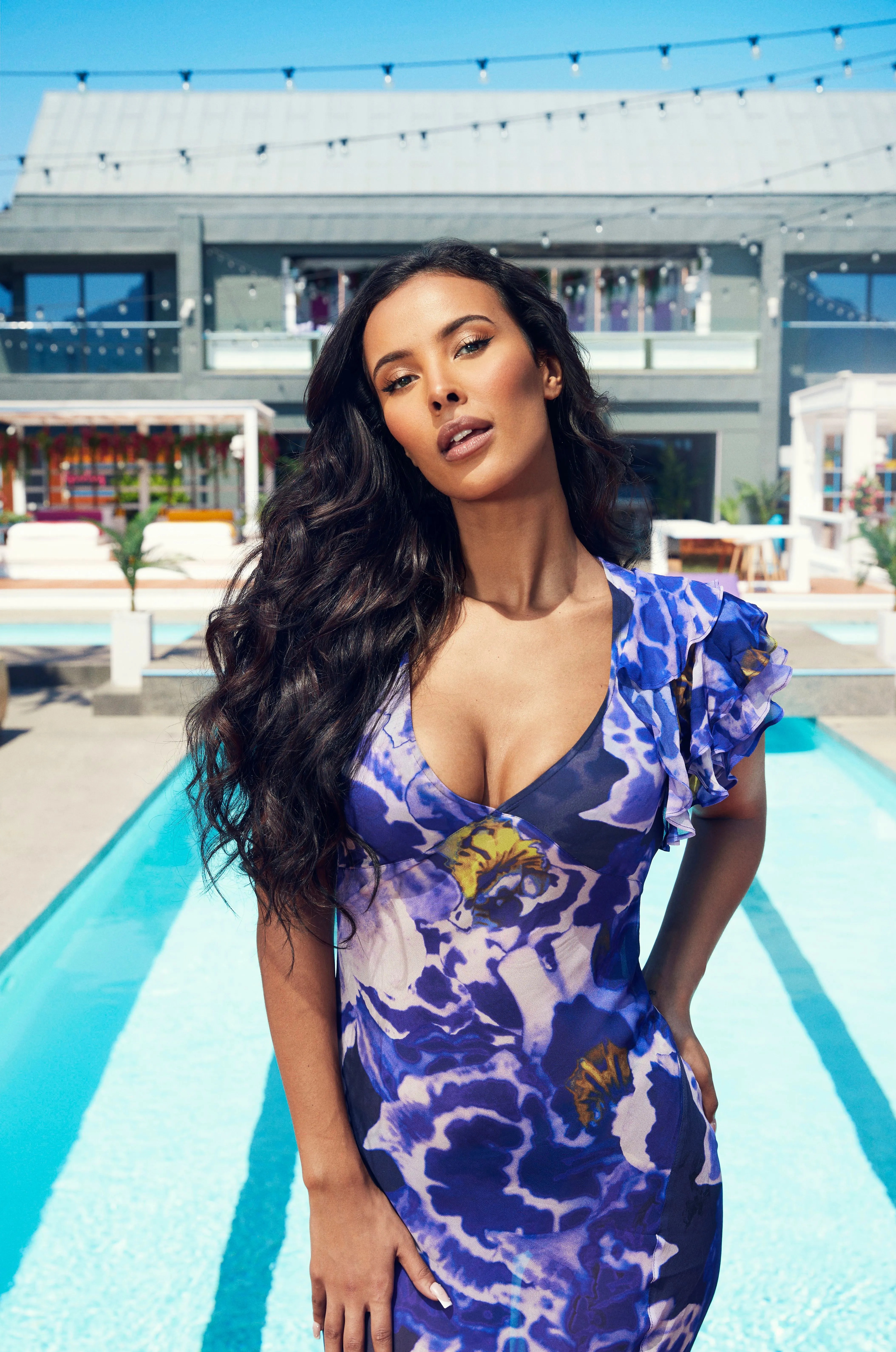 “We’re in the hay bales, obviously one thing leads to another, Bob’s your uncle . . .”

And probably your cousin as well, if you believe a word of these fantasies.

Personally, I don’t and just think some ­conniving production assistant puts words in their stupid young mouths and they’re quite happy to spew this ­nonsense all over ITV2, where Will wasn’t the only lad in an over-confident mood on ­Monday.

There was also: “Playing the field” Kai; “Talk of the terminal” Shaq, who works in airport security rather than a hospice; “Gift of the gab” Ron, from Essex; and Haris, who won’t date women with feet larger than a size five and says his mum thinks he looks like Ronaldo. 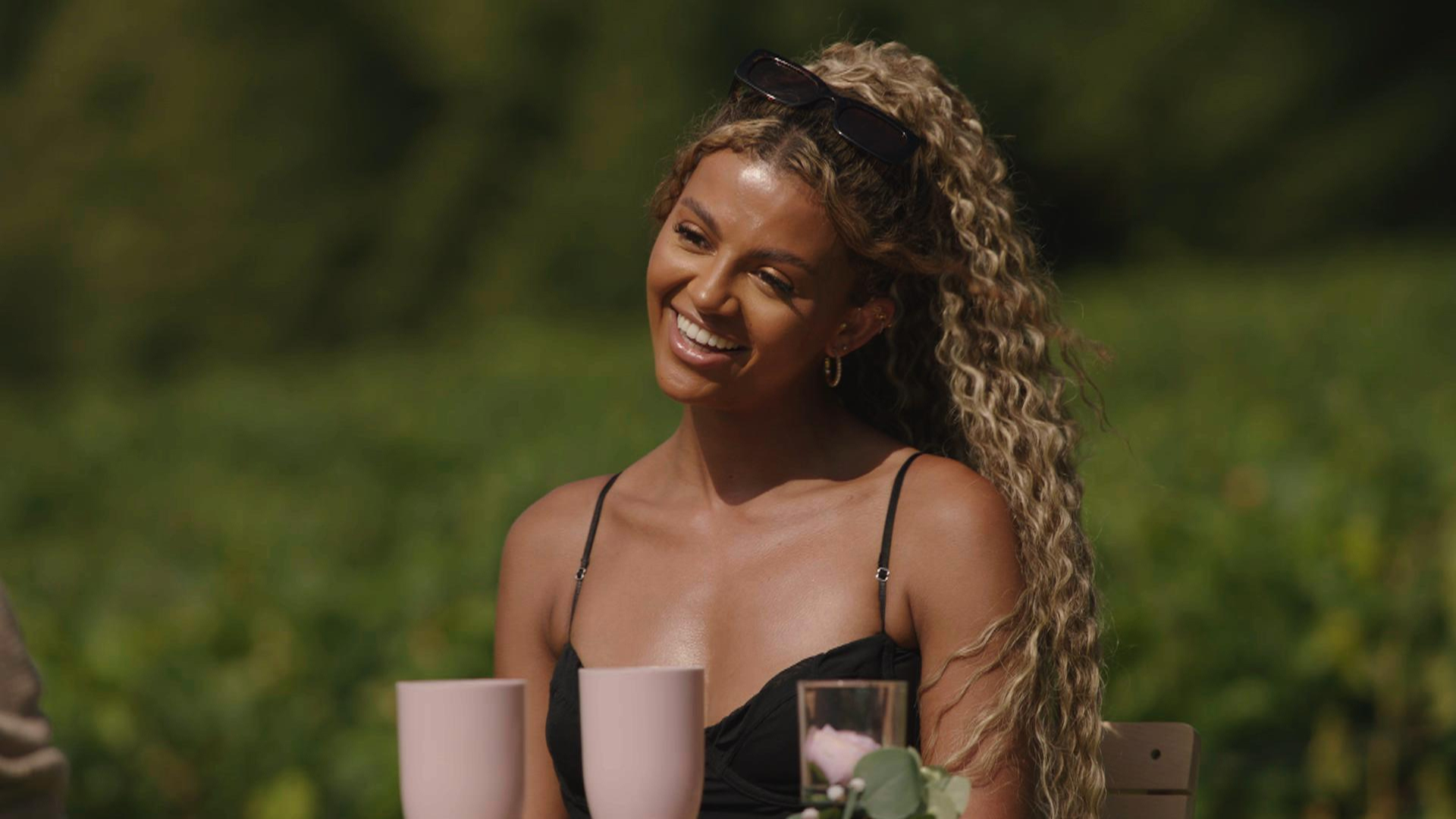 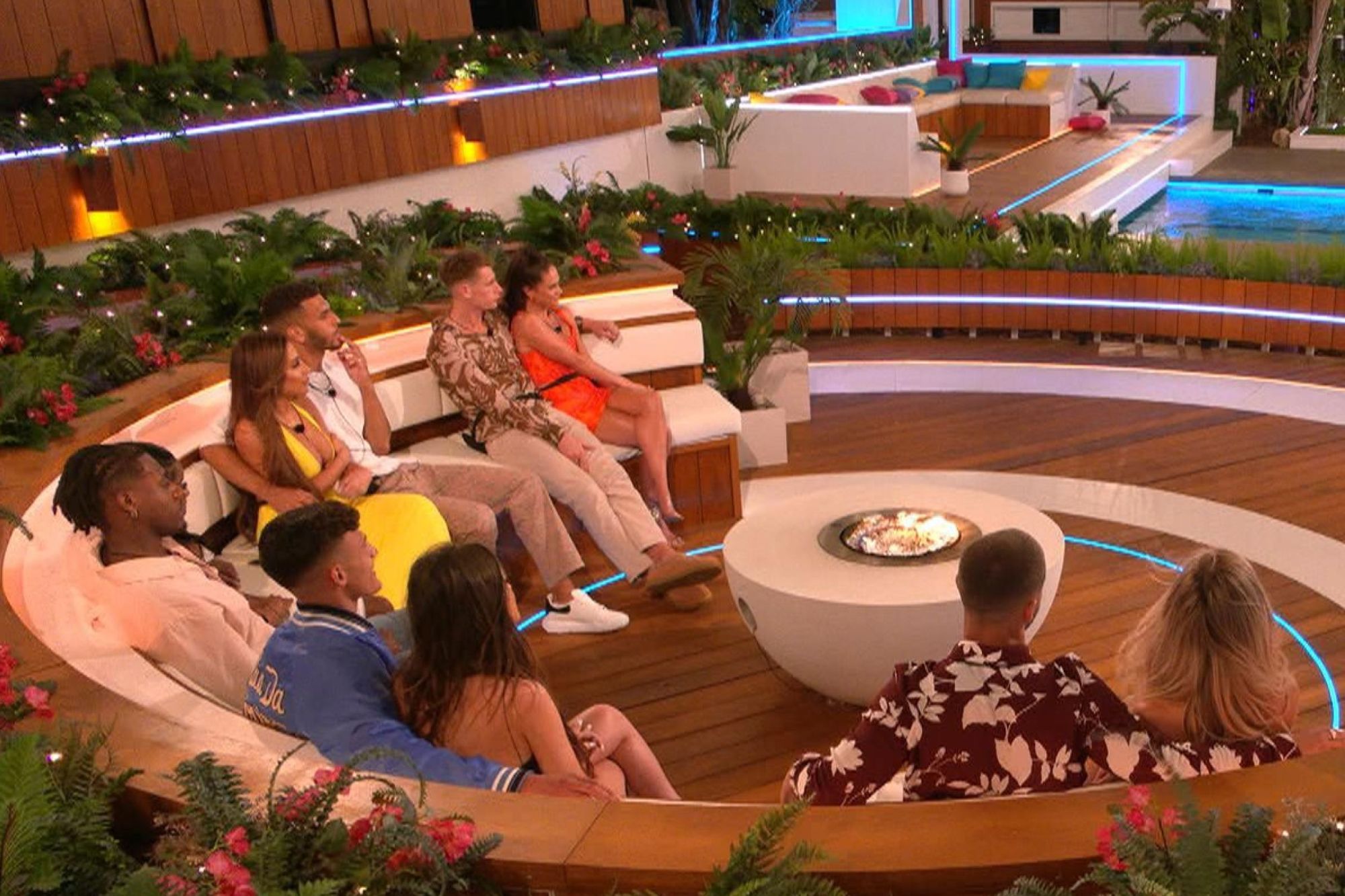 She’s not the only one, apparently. So did the sculptor who created that monstrosity in Madeira Airport with the longest neck this side of Jungle Beat and eyes welded so closely together he looked more like the Funchal Cyclops.

As individually tiresome as these boys are, however, it’s nothing compared to the collective experience where the tone was set the moment first arrival Shaq asked: “How mad is this villa?” and Haris replied: “This is mad, bro.”

They were then followed in by Will who agreed, “This is mad” (“Yeah, it’s mad, bro”), before Ron swaggered in and duly confirmed: “It’s mad, bro.”

Admittedly, last-to-appear Kai went completely off-script and claimed: “This is crazy”, but you got the impression the “mad” discussion could’ve gone on for the entire run if they hadn’t been interrupted by the arrival of the girls. 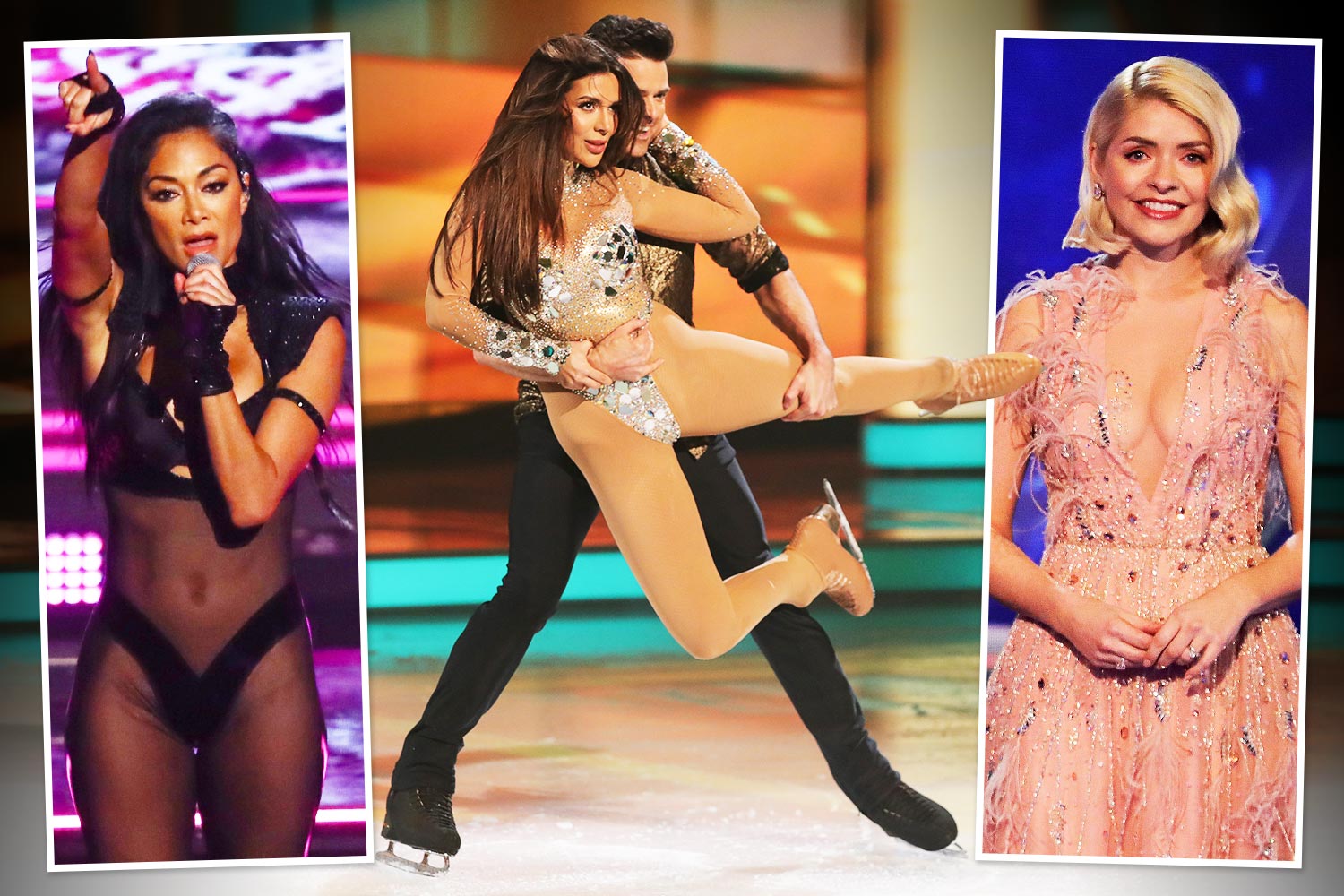 From Ekin-Su to Holly Willoughby, most complained about telly outfits ever… 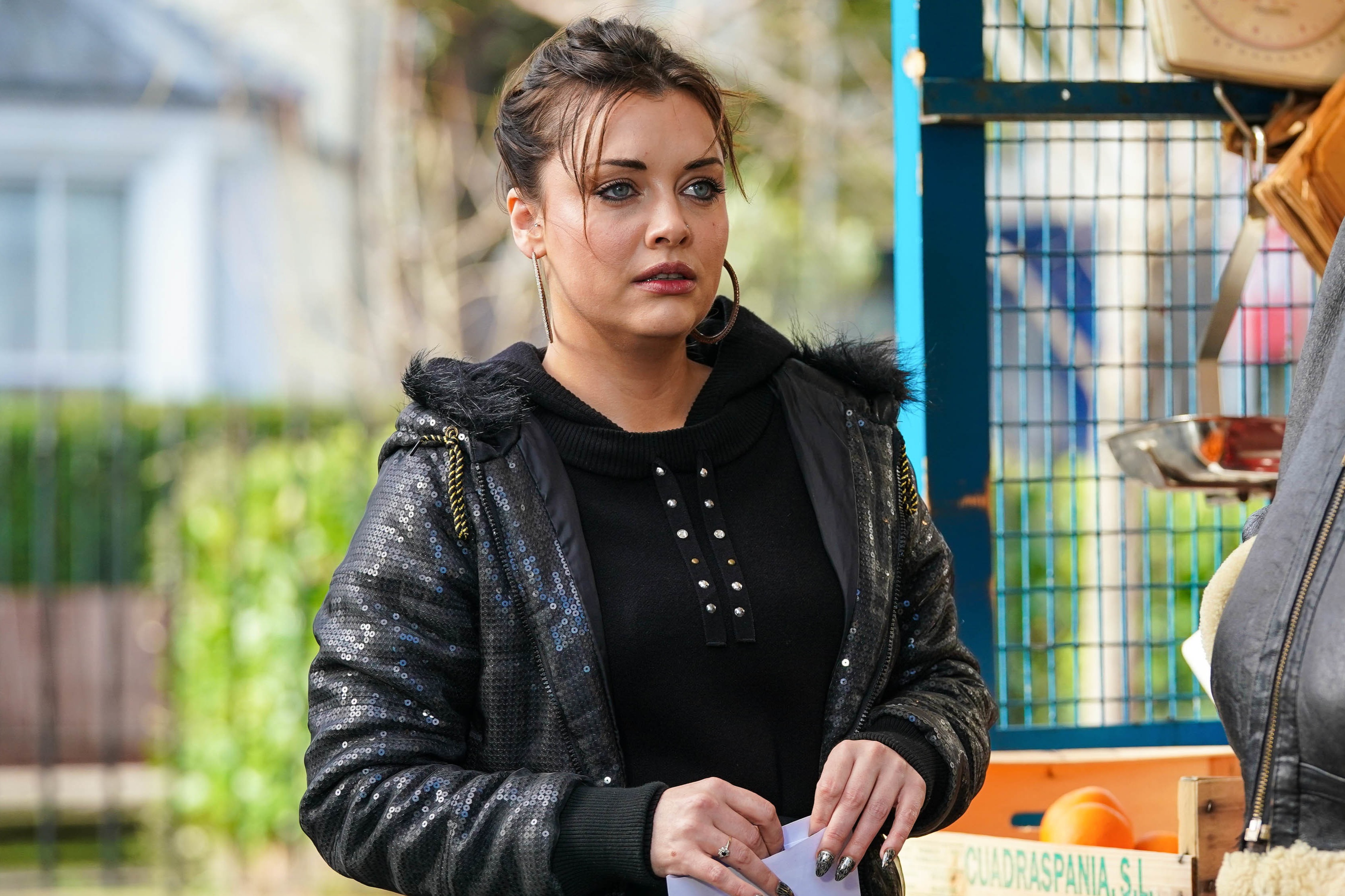 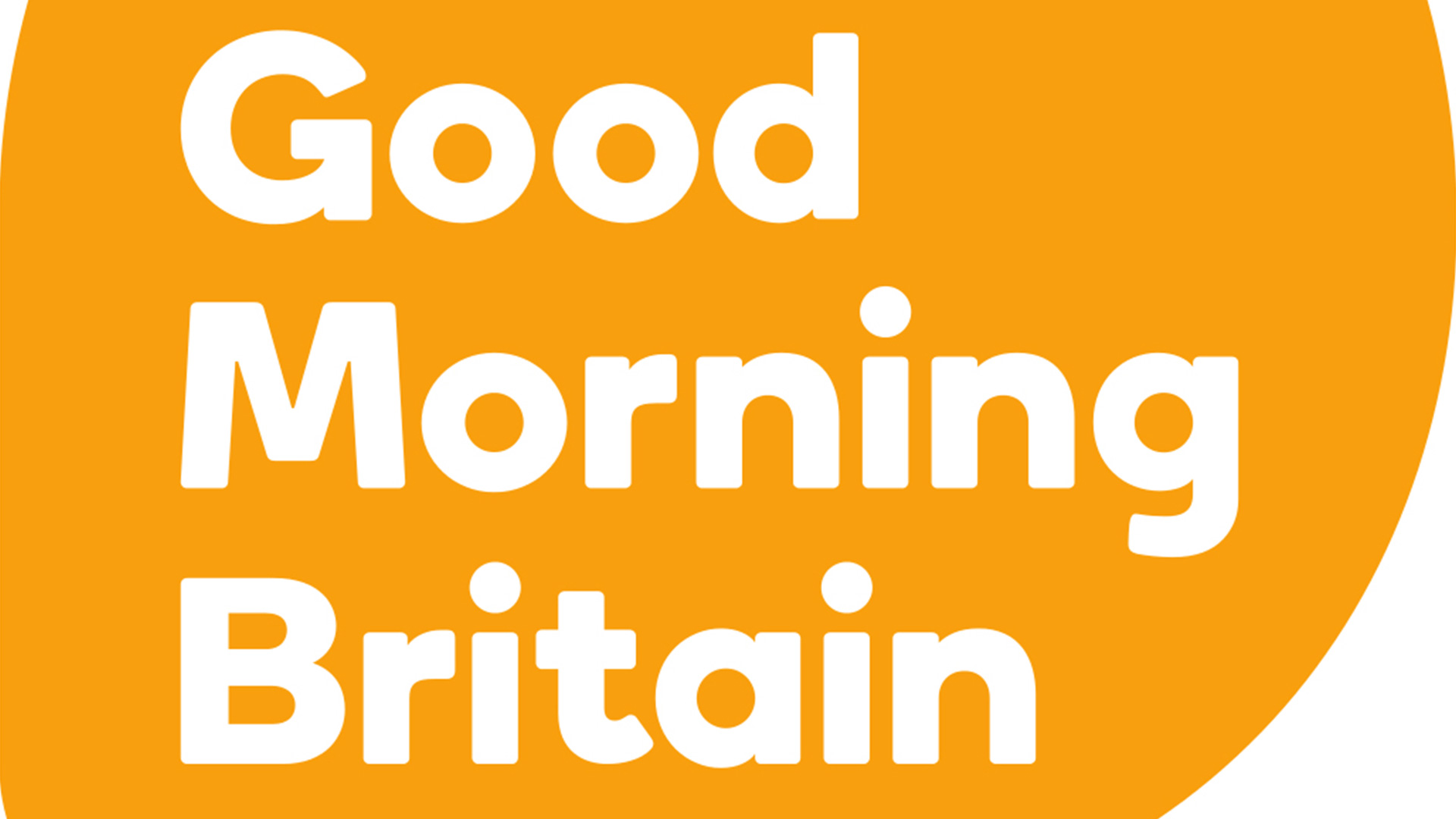 Day one, there were five of them, with the two most intriguing characters being actress Olivia, who claimed she’s “just played a trophy wife, which was so funny” (and probably a bit of a stretch), and fluent Spanish speaker Lana, whose last relationship “ended six months ago, animacab  . . . ammacabbabilly . . . animal”

The boys played along with the ritual humiliation of the selection process, of course, but if they carried a fairly underwhelmed air about them then I think you can pin that one on the show’s new presenter Maya Jama, a distractingly beautiful presence who cut feet-obsessed Haris off at the knees when she suddenly reverted to her native Bristol accent and told him: “Oym a size six an’ a aaaaaarf.”

If Maya was a contestant, this ability to zombify every gormless prong in the villa would make her a TV ­sensation.

She’s the ­presenter, a Will-o’-the-wisp figure who’s seen about as often as a copy of the Literary Review on Love Island.

So, instead of being a selling point, you can probably just add her to your long list of frustrations with this show, which should also include Tanya’s incessant use of the word “vibe” and the fact Love Island’s credits feature 12 ­people in “brand management” but not a single ­meteorologist who could have warned them the African Cape gets a bit blowy in January.

None of these issues is fatal, obviously.

What will kill the entire franchise, though, is ITV’s simple inability to obey the laws of supply and demand and understand that no one, apart from their ­accountant, really wants or needs two marathon runs of this show every year.

This failure to follow the most basic economic rule explains not only Love Island’s plunging viewing figures but also why ITV’s hopeless spin-off The Masked Dancer has done nothing except undermine the original, to the point that this series of Masked Singer is the first one that doesn’t feel like an event.
It works the opposite way, of course.

After a three-year absence, Michael McIntyre’s Big Show felt like the ­freshest and funniest programme anywhere on television, this week.

Salvation is possible and relatively simple, then.

All it requires is for ITV to fill its senior executive positions with something other than greedy, woke morons who can’t see beyond their own obsession with the youth ­audience and tomorrow’s share price.

Good luck with that one.

PAUL MERSON: “Only one person sacks you and that’s the fans.”

Paul Merson: “Nketiah could probably have had a hat-trick today, on another day.”

Michael McIntyre: “It’s impossible not to love him. It’s the wonderful, the ­glorious, Rylan Clark.”

And Hold The Front Page (garden shed racing), Josh Widdicombe: “If Nish [Kumar] dies, it’s on me. It’ll be an awful news story.”

CATHERINE and Clare’s cafe confrontation on another absorbing episode of Happy Valley.

The bittersweet joy of BBC Breakfast’s 40th anniversary show, with Debbie Rix, the Green Goddess and Russell Grant, reminding us of those we’ve lost. 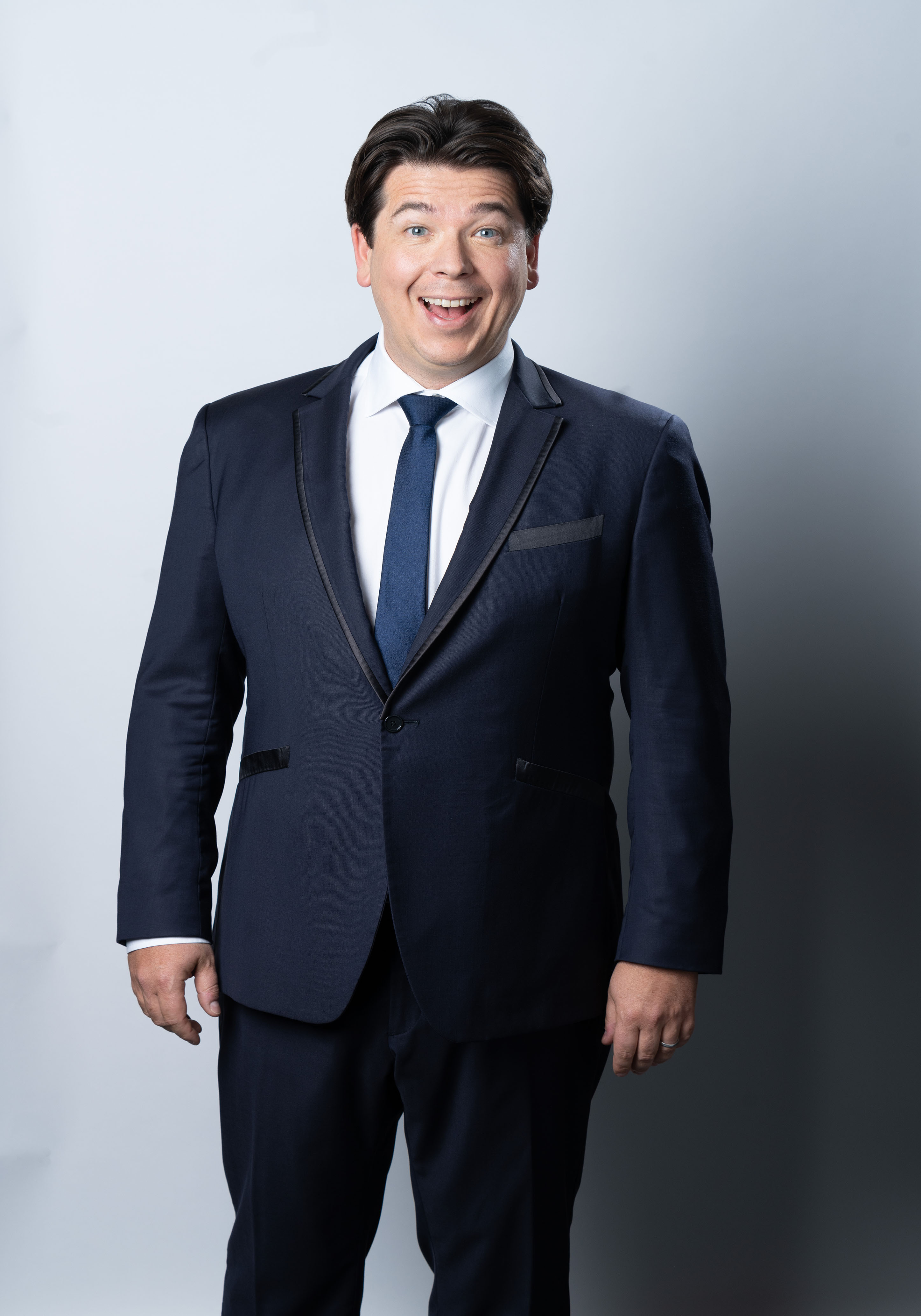 The buzz all 1970s football fans must have experienced when they heard Maya Jama list the Love Island boys as, “Ron, Haris”.

And the return of BBC1’s ­perfectly paced Big Show, with Michael McIntyre the only ­comic on television who could turn rifling through Rylan Clark’s phone into the funniest event of the week.

Lookalike of the week

DID you hear the one about the incontinent burlesque dancer from Liverpool? 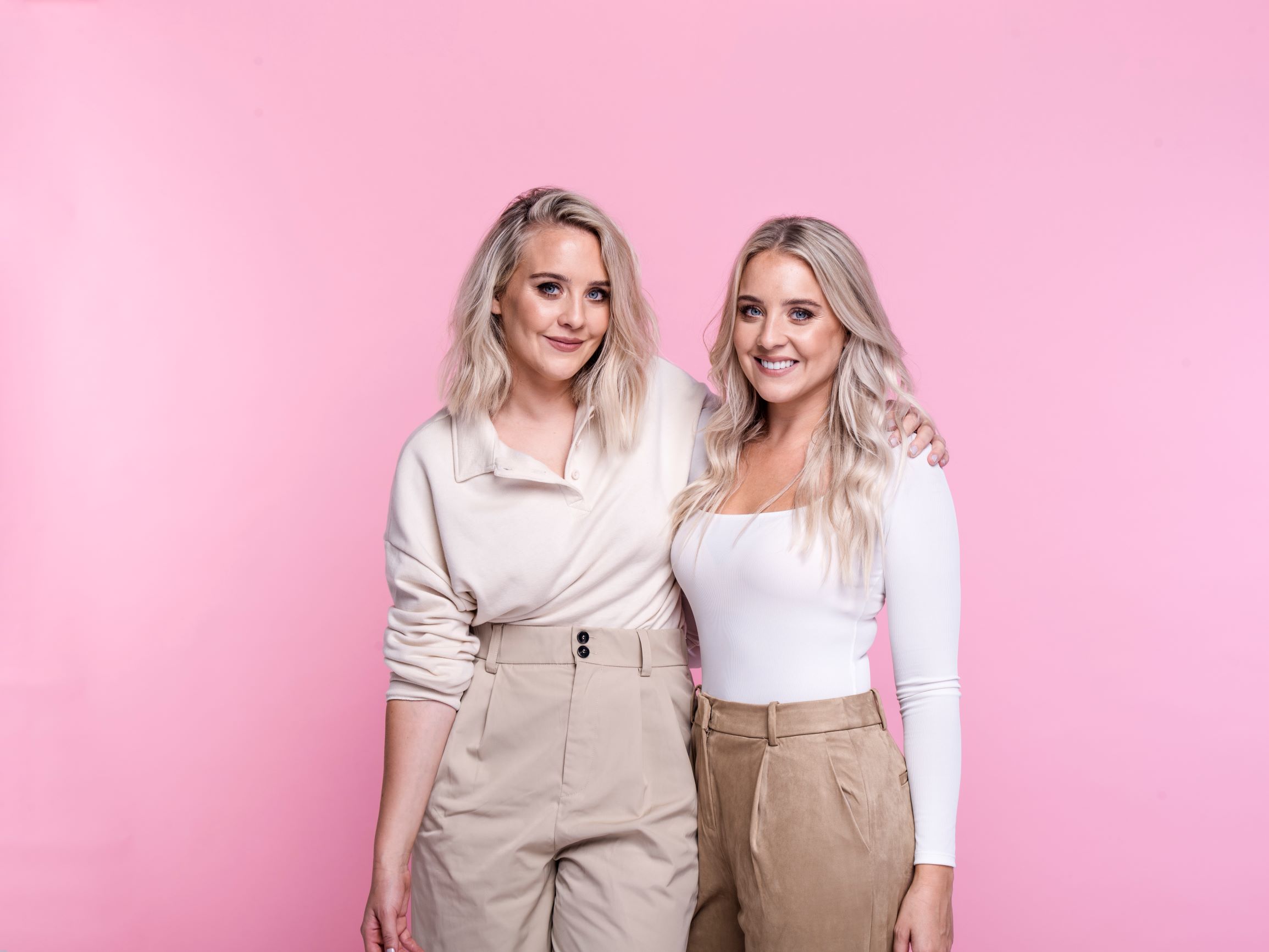 Then you didn’t watch Know Your S**t: Inside Your Guts, another piece of “public service broadcasting” from Channel 4, hosted by identical Scottish twins Lisa and Alana Macfarlane who were on a mission, “to break the poo taboo” via a series of case studies that all sounded like the set-up to a bad joke.

As well as Jan the burlesque dancer, who was leaking all over Aintree, like a 100-1 shot at the Grand National, there was a fart-prone personal trainer named Marcus and constipated lesbian model called Emerald, who described herself as “Poo shy”, the original working title of Kajagoogoo’s 1983 number one hit.

In line with the old Christian Jessen show, there was also lots of slightly condescending advice, from doctors, and three heartwarming updates at the end of the show.

Lactose-intolerant Marcus, we learned, has got his farting under control, Emerald’s nearly halved her “poo transit time”, from 60 to 30 hours, and Jan’s cured her rear end incontinence by doing some pelvic floor exercises.

Yet, for reasons I found hard to accept, still didn’t seem to be performing under the stage name Dita Bum Squeeze.

The real crime against television, though, given the format, tone and personnel, was that Channel 4 went with that clumsy and obscene title, Know Your S**t: Inside Your Guts, rather than the one that fits it like a rubber glove.

WILDLIFE revelation of the week came courtesy of BBC2’s magical Waterhole: Africa’s Animal Oasis experiment, in Tanzania, where Ella Al- Shamahi, revealed: “The Bare-faced Go Away bird gets its name from a call which sounds like ‘go away’.”

A species I always thought was native to The Horseshoe Bar in Glasgow. But every day’s a school day.

Unexpected morons in the bagging area

THE Chase, Bradley Walsh: “The father of which Rat Pack member was a Sicilian boxer called Saverio?” 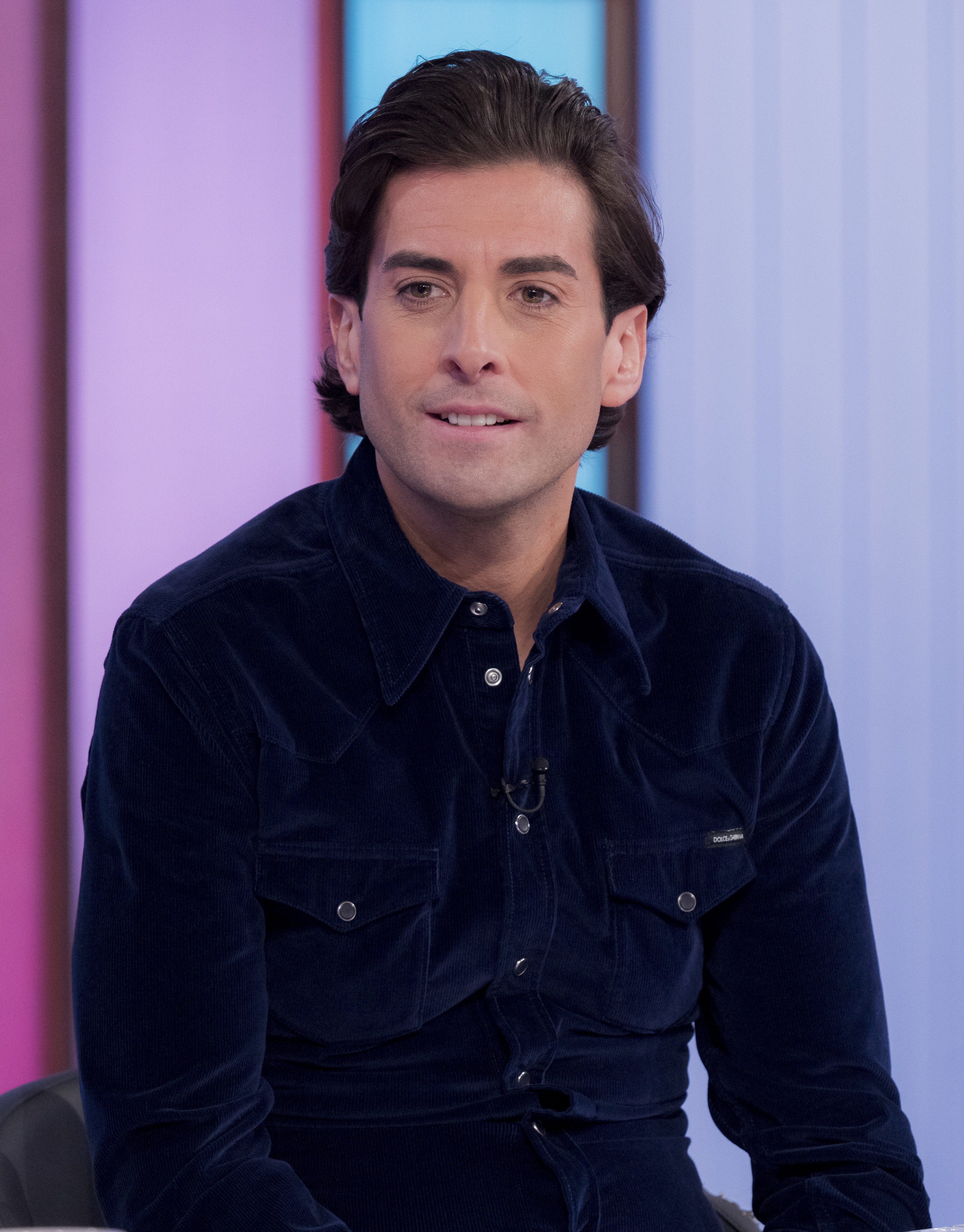 Celebrity Mastermind, Clive Myrie: “What name, after a region in South Asia, is given to the most common species of tiger, sometimes called ‘the Indian tiger’?”

Weakest Link, Romesh ­Ranganathan: “In science, due to it resembling a precious metal, the ­mineral pyrite is commonly known by the ­alternative name Fool’s what?”

ITV, The Family Pile, Stu: “Our Connor’s doing a sponsored silence for his Scout’s badge.”

Yvette: “How much are ­people giving?”

Ten grand. And I’ll double it if the rest of the cast join in.

TV QUIZ. Where might you have heard these words, this month: “You will do a blue poo.”

A) On Know Your S**t: Inside Your Guts, just before Emerald ate a dyed muffin?

B) At Ealing Magistrates’ Court, just before Lee Ryan was convicted of racially aggravated assault.

Disney+ making an absolute mess of The Chippendales story.
The wokest ever episode of The Apprentice, last night, also turning out to be the worst (no coincidence).

Foreign car adverts suddenly telling us we’ve been mispronouncing their name for decades.

And the excessively nannying tone of C4’s Know Your S**t, where they sought to advise the nation on “optimum toilet position”.

Which, in Channel 4’s case, is “from a great height, on the viewers’ heads”.