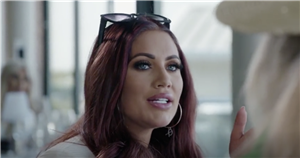 Amy Childs looked incredible as she attended the National Television Awards on Thursday, but in a new episode of TOWIE, the star tells viewers how she's really feeling following her split from boyfriend Tim.

The mum of two – who has been linked to Billy Delbosq – is seen having a chat with friend Saffron Lempriere on the new episode of the reality show as she confides: "You know what, I feel like I'm back."

"I needed a change, Saff, do you know what I mean?" Amy went on to explain: "I always thought my fairytale would be: Get married, have the kids, be with that partner for the rest of my life, and now I'm at square one again."

"I'd like to meet someone. The right person will come along," a hopeful Amy says.

It's said that Amy is ready to "settle down" and the pair have already worked out together in Brentwood and enjoyed a boozy champagne date.

Billy has appeared to have a change of heart after claiming on the E4 dating show back in 2018 that he was "growing tired of Essex girls" as he and Amy are believed to be "getting on like a house on fire".

A source shared with the MailOnline: "They're loving spending time together and going on romantic dates.

"Their relationship started online, which only made things more exciting when they finally met in person."

They continued: "It's early days, but their spark is undeniable, and Amy's really hoping that at long last she's finally found someone she can settle down with."

Amy was devastated to split from Tim as a source shared: "Amy and Tim are both heartbroken.

"They really hoped to make the relationship work, but the romance between them fizzled out."

They went on: "The breakup is still raw, so Amy is taking some time for herself in Ibiza, where she can have some space to get over things."

For all your updates on Amy Childs, her work commitments and romantic life, sign up to our daily OK! newsletter.